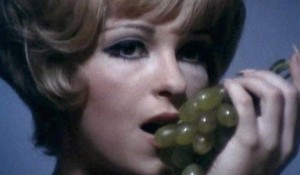 Creative Time has announced the U.S. premier of the video, Shallow, by Malcolm McLaren of the Sex Pistols. The video is a series of film clips taken from films of the 1960s, all of which contain the moments right before or after sex scenes. The film is going up on MTV’s huge outdoor HD screen the middle of Times Square between 44th and 45th Street. The film will be up through August and plays at the top of the hour, every hour. McLaren’s video is just one of Creative Time’s projects, others include David Byrne’s Playing the Building and Mike Nelson’s Psychic Vacuum. 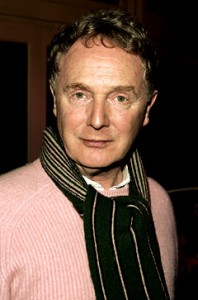 “I’ve cut up pieces of old stag movies, slowed them way down, and set them to music,” the 62-year-old Malcolm McLaren tells NYDaily. “What you see is not people having sex but people about to have it. The old movies had a lot more foreplay. I was interested in the body language of nonactors, how they communicated their longing.” 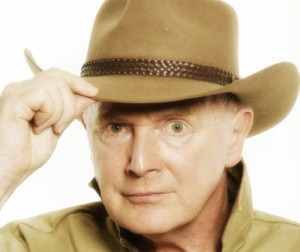 The video is made up of 21 “musical paintings”, but was first shown at 1-20 gallery, in New York, with only 8. The full video had it’s first premier at Art 39 Basel, Switzerland, but now it is in a more fitting environment; playing above an area in New York that once was notorious for prostitution and peepshows. 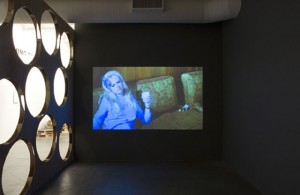 To get the full effect of the video, viewers can access the synched soundtrack to the film by calling the number on the screen.

This entry was posted on Thursday, July 3rd, 2008 at 12:22 pm and is filed under Art News. You can follow any responses to this entry through the RSS 2.0 feed. You can leave a response, or trackback from your own site.