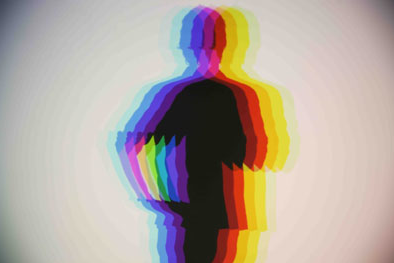 Slow-motion shadow in color (2009) by Olafur Eliasson, via Kanazwa Museum

Now on view at the 21st Century Museum of Contemporary Art in Kanazawa, Japan is “Your Chance Encounter” featuring new works by the Danish/ Icelandic artist Olafur Eliasson.  Often employing the use of light, wind, waves, and other elements from nature as material in order to explore the workings of human perception, in these new works the artist once again investigates the nature of human perception by creating works which make use of the design of the 21st Century Museum of Contemporary Art. 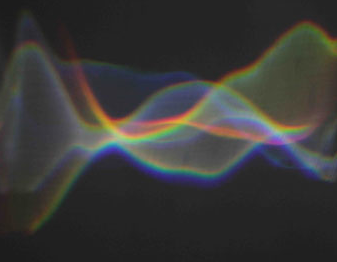 Your Watercolor Horizon (2009) by Olafur Eliasson, via Kanazawa Museum

The 21st Century Museum of Contemporary Art is an art museum which fulfills a social role as an institution whose design is open to the city. In his new works Eliasson re-proposes the nature of the art museum as public space with the potential to participate in society as well as in the urban environment.

Room for One Color (1997) by Olafur Eliasson, via Kanazawa Museum

In Your atmospheric color atlas (2009) a large gallery is filed with artificially produced fog and color which emanates from fluorescent tubes of red, green and blue. When viewers move about in the locations where the colors blend they create their own range of colors. In Eye activity line (2009) 317 canvases each in a different color align the walls of a long corridor. As the visitor walks past the canvases they experience the nature of space. It is in works such as this that Eliasson makes use of the the museum’s horizontal format and transforms the structure’s once familiar spaces into places for his art.

Olafur Eliasson (b.1967) is an active contemporary artist based in Berlin and Copenhagen, Denmark.  He creates works from a variety of different materials found in the natural landscape that are, in his own words, “devices for the experience of reality.” Eliasson was nominated in 2002 for the prestigious Hugo Boss prize. He has recreated icebergs at the Musée de la Ville de Paris, a wind tunnel at the Louisiana Museum in Humbleaek, Denmark, and in 2003-2004 created a representation of a giant sun and sky at the Tate Modern in London. The Kanazawa exhibition marks the museum’s fifth anniversary.

This entry was posted on Friday, November 20th, 2009 at 2:05 pm and is filed under Go See. You can follow any responses to this entry through the RSS 2.0 feed. You can leave a response, or trackback from your own site.

One Response to “Go See – Kanazawa: Olafur Eliasson ‘Your Chance Encounter’ at the 21st Century Museum of Contemporary Art through March 22nd, 2010”