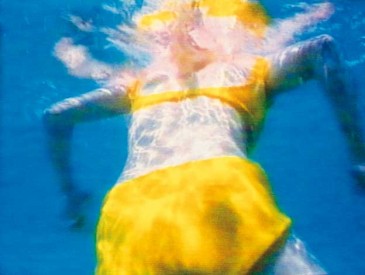 Currently on view at the Fundacio Joan Miro is “Friendly Game- Electronic Feelings” an exhibition by renowned Swiss artist Pipilotti Rist. The show is the largest exhibition of her colorful work in Spain and features 13 installations spanning the artist’s career. Ten installations are shown at the Fundacio Joan Miro and the other three are hosted at the Centre Cultural de Caixa Girona. Also shown are small video installations including Porque te vas? (Nass) (2003) and Grabstein fur RW (2004). 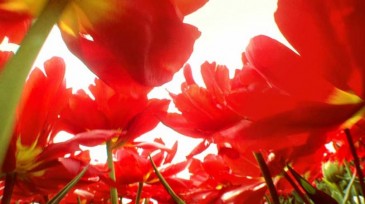 Lobe of the Lung (2009) by Pipilotti Rist via Ars Magazine.

One of the artist’s most renowned works, Sip my Ocean (1996) is displayed on two walls which meet in the corner of the room serving as large screens onto which is projected an underwater scene with people swimming around to the sound of the artist’s voice which sings Chris Isaak’s Wicked Games. The work suggests our desire to understand each other completely and yet how it is nearly impossible to be completely synchronized. 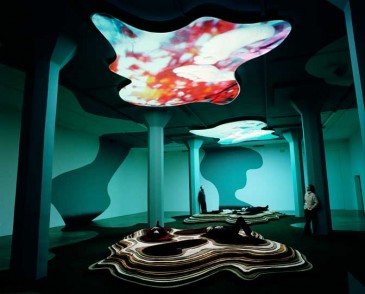 Gravity Be My Friend (2007) by Pipilotti Rist, via Ars Magazine.

The work Gravity Be My Friend (2007) features people who are coming and going while floating in space. The piece is seen by laying back while watching two ceiling panels; it thus guides the onlooker to think about the force and movements of gravity. 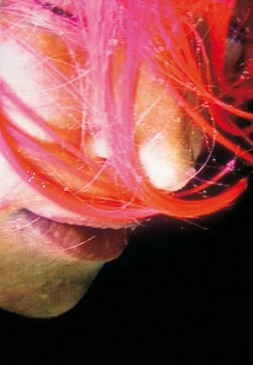 Regenfrau (I am called a Plant) (1999) by Pipilotti Rist, via Ars Magazine.

Regenfrau (I am called a Plant) (1999) emphasizes an individual’s communion with nature. Rist contrasts a naked body which lies on the street in the rain with a picture of the interior of a large kitchen onto which the video is projected. 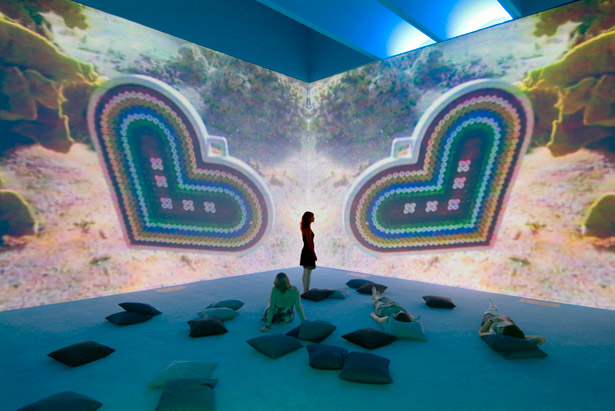 Two works which have been created for the exhibition which express the connection between Miro and Rist are Doble Llum (Double Light) and Temps lliure (Free Time). In Double Light Rist projects a video onto Femme (1968), a Miro sculpture owned by the Fundacio. The other work, Temps IIiure (Free Time) depicts a forest of words.

Pipilotti Rist (b. 1962) is one of the world’s foremost video installation artists. Her real name is Elisabeth Charlotte Rist but has been called Pipilotti since childhood in reference to Astrid Lindgren’s novel Pipi Longstocking. In her work she confronts issues of gender, sexuality and the human body using colorful and energetic images. Her video installations have been shown at major museums and galleries worldwide. She currently lives and works between Zurich and Los Angeles.

This entry was posted on Monday, July 19th, 2010 at 11:26 am and is filed under Go See. You can follow any responses to this entry through the RSS 2.0 feed. You can leave a response, or trackback from your own site.