Nevisian Triptych (2007-2008) by Brice Marden, via Matthew Marks Gallery
Currently on view at Matthew Marks Gallery in New York is “Letters” an exhibition of works by American artist Brice Marden. The artist’s first one-person show in New York since his 2006 retrospective at the Museum of Modern Art, the works on display were inspired by a trip to Taipei just after his MOMA exhibition, where he viewed the Sung dynasty poem by Huang T’ing-chien “Seven-Character Verse” at the National Palace Museum.  The examples he saw of Chinese calligraphy led Marden to create the Letters series. 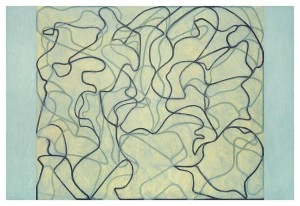 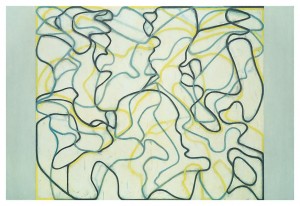 The exhibit is comprised of seven large canvases, thirteen works on paper, and also 21 smaller drawings which Marden began while he was in China, making it his largest body of work since his 1991 Cold Mountain series. 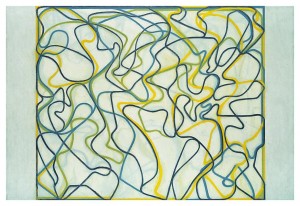 A central element to these works are the monochromatic bands of muted color which hold a distinctly calligraphic feel. The bands allow for a complex interchange of color and value in space; they appear to manipulate and distort the creation of forms establishing a sort of dual-figure ground in each work. 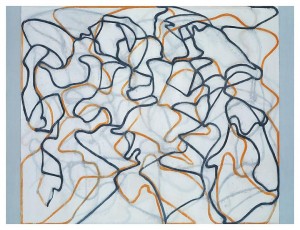 Abstract expressionist in style and meditative in mood, Marden’s new works have a wide flat gray-green border along the sides meant to evoke the Chinese practice of mounting drawings on larger pieces of fabric for formal presentation. Just next door is a show of Marden’s paintings from the 1960s. Far from the swirling calligraphic nature of his new works, Marden’s 1960s paintings feature reductive style for which he became known. 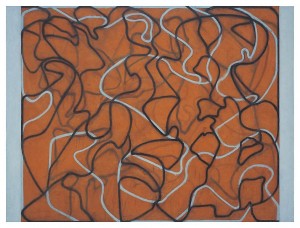 Brice Marden received his MFA from Yale School of Art and Architecture in 1963. Renowned for his Minimalist work, over the years Marden has frequently employed artistic influences from his many travels around the world even incorporating landscape and the human figure into his abstract work. He has been the subject of one-person shows at the Guggenheim, the Museum of Modern Art, Documenta IX, the Serpentine Gallery and the Tate Gallery in London. 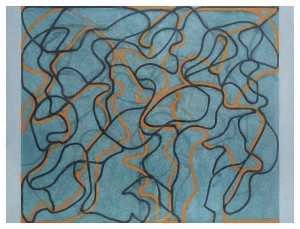 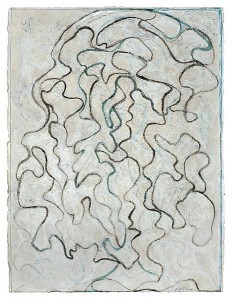 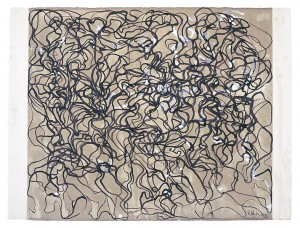 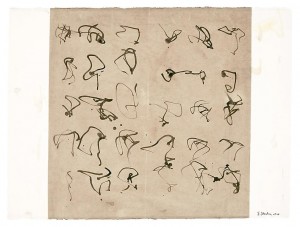 This entry was posted on Monday, November 29th, 2010 at 9:31 am and is filed under Go See. You can follow any responses to this entry through the RSS 2.0 feed. You can leave a response, or trackback from your own site.