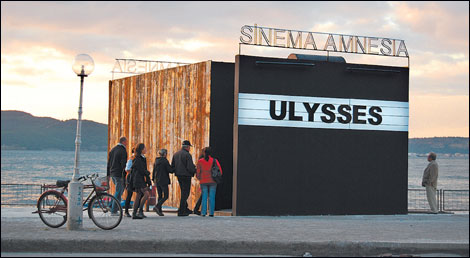 Sinema Amnesia, Mark Wallinger’s most recent work, was unveiled in October in the seaport town of Canakkale on the eastern coast of Turkey. Inside a rusted shipping container, footage constantly streams of the strait and its many ships, from exactly 24 hours prior. Titled Ulysses, the film brings attention to the commerce and history of millennia, while contemplating the period of a single day – a theme from Wallinger’s favorite novel of the same title by James Joyce. 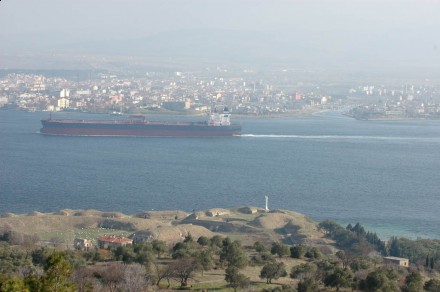 The piece is part of My City, a project which invites five artists from five European countries to produce installations in different Turkish cities. Intended to strengthen cultural ties between Turkey and the EU, Istanbul has been appointed a European Capital of Culture – a small gesture toward Turkey’s accession to the EU. 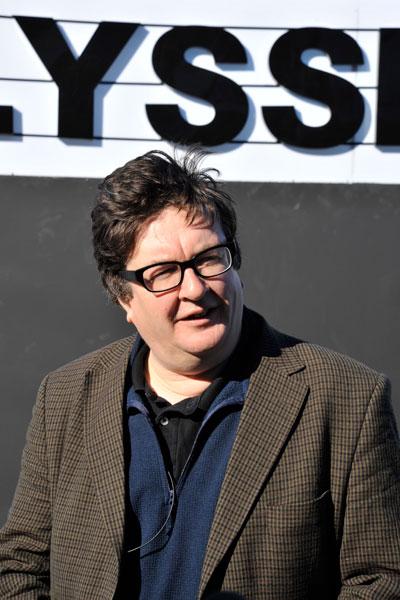 Wallinger at the unveiling of Sinema Amnesia. Photo by Murat Aksu, via My City

The artist is clear about his views: “The best hope for peace in the Middle East is Turkey within the European Union pressing the agenda rather than the US,” he told the Financial Times. 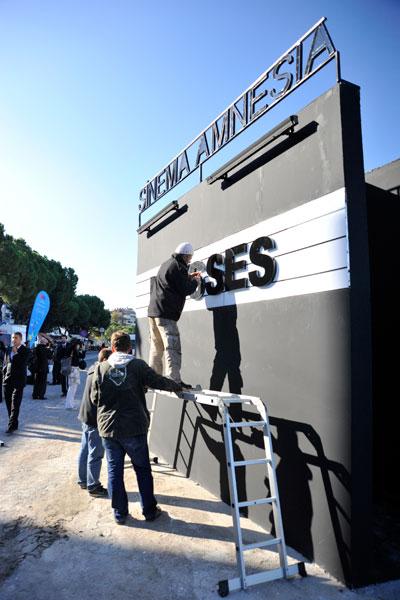 Installation of Sinema Amnesia. Photo by Murat Aksu, via My City 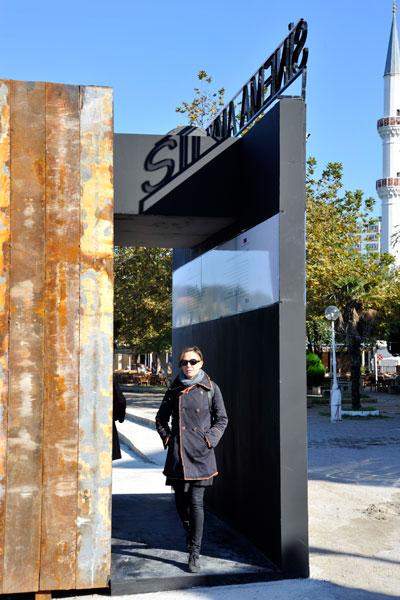 Sinema Amnesia. Photo by Murat Aksu, via My City

The project reportedly cost €2m to produce and was funded primarily by the European Commission and organized by the British Council office in Istanbul, with the help of Turkish art space “Platform Garanti” and the cultural NGO, Anadolu Kultur.

This entry was posted on Monday, December 13th, 2010 at 1:00 am and is filed under Go See. You can follow any responses to this entry through the RSS 2.0 feed. You can leave a response, or trackback from your own site.