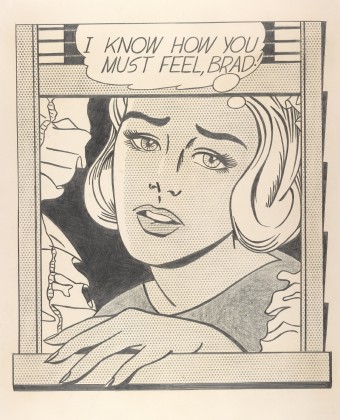 Roy Lichtenstein, I Know How You Must Feel, Brad!, 1963. Via Albertina

Roy Lichtenstein’s work has long been considered key in defining American pop art, and the three recent exhibitions in New York speak to how much of an audience he can draw in.  The exhibition at the Morgan Library & Museum highlights Lichtenstein’s pop art beginnings: 55 large-scale, black-and-white drawings done in the 1960s.  Together on display for the first time, these drawings give some insight on how Lichtenstein developed his style of using Benday dots to simulate commercial reproduction, and his subject matter of appropriated comic strips and advertisements. Organized by curator Isabelle Dervaux, the exhibition will move to The Albertina in Vienna, Austria from January 27 to May 15, 2011. 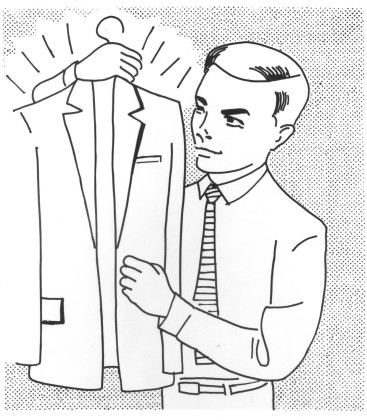 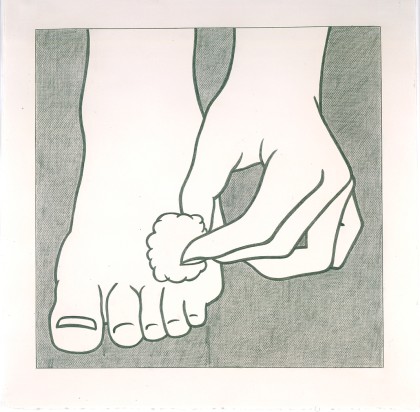 These drawings shown together provide a chance to witness the development of the artist’s iconic pop art from its roots. The most notable development in these drawings is Lichtenstein’s evolving simulation of the Benday dot printing process. He attempted a number of different approaches during this period, and these experiments can be traced through the timeline of the exhibition. 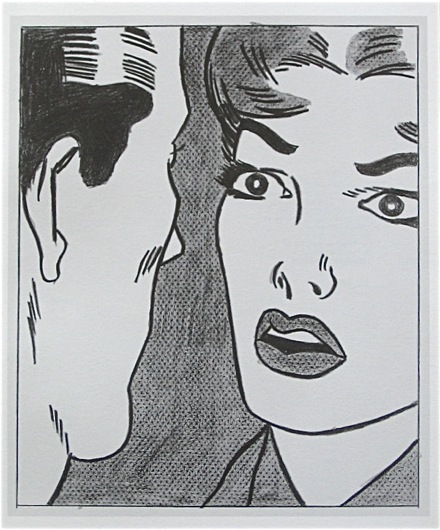 At first, ﻿Lichtenstein used brushes or pens and ink, leaving his art very close to the mass-produced pieces he was imitating.  In Conversation, there is a clear switch to dry materials: first graphite rubbings, then a later movement to forcing lithographic rubbing crayon through holes drilled into metal sheets. The dry materials made the artist’s presence more apparent. The series reveals the thought and care Lichtenstein put into his style, which could look mechanical and easy on brief inspection. 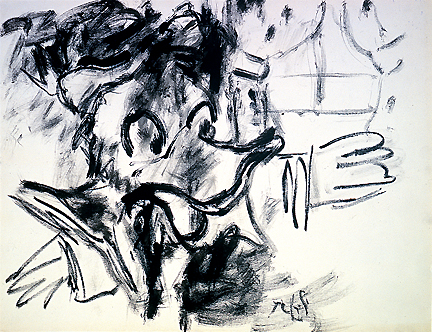 In addition to the pieces representative of the development of Lichtenstein’s main body of work, Dervaux also chose to include two earlier pieces from 1958, which point toward his earlier abstract style. Donald Duck and Mickey Mouse III, with their wild brush strokes, stand as sharp contrasts to the precise lines and Benday dots emerging in 1961. 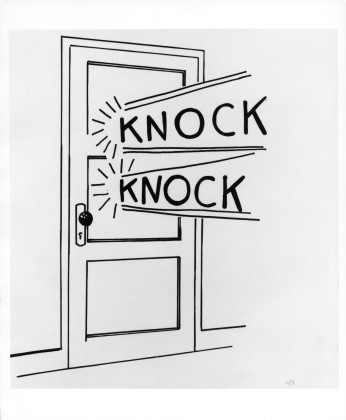 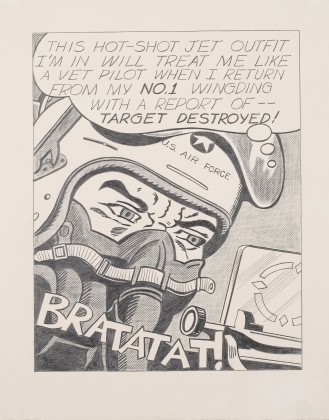 When Lichtenstein moved into his more well-known pop style, he started simply. The pieces up to 1962 are mostly of single, central objects against a plain background, like the plain door in Knock, Knock. After that, he moves into more elaborate references of advertisements and comic strip frames. Bratatat depicts a close-up of a pilot in his cockpit, finely detailed.

The exhibition also documents a lesser-known project from 1967. Lichtenstein used black tape to outline parts of a white room as a way of expanding his style into a three-dimensional space. The door, with the words, “NOK!! NOK!!” along with photographs of the room are on display with the drawings. 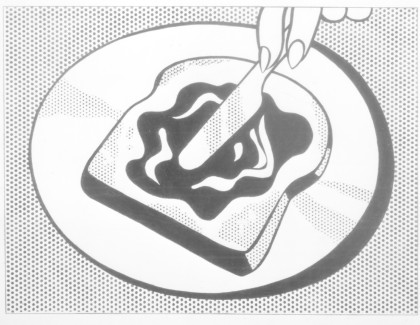 This entry was posted on Saturday, January 1st, 2011 at 12:23 pm and is filed under Go See. You can follow any responses to this entry through the RSS 2.0 feed. You can leave a response, or trackback from your own site.