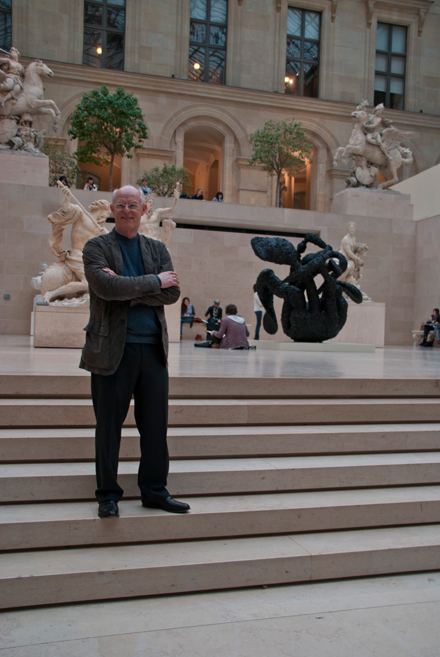 Tony Cragg at the private view of Figure out/figure in at Le Louvre in Paris, all photos by Caroline Claisse for Art Observed

Currently on view at the Louvre in Paris are a group of sculptures by leading British contemporary artist Tony Cragg. The works are displayed as a counterpoint to the retrospective of Bavarian-born Austrian sculptor Franz Xaver Messerschmidt. Cragg’s sculptures are exhibited in the Cour Marly and the Cour Puget. A featured work of the exhibition is Versus (2010), a work especially commissioned to be displayed under I.M. Pei’s pyramid. The work will be stationed there for one year. 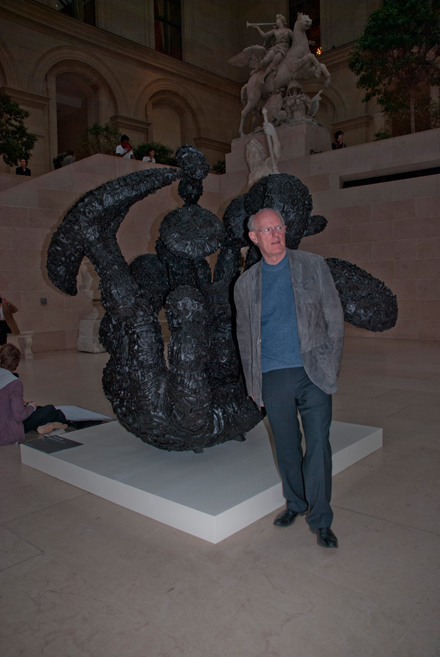 Works by Cragg and Messerschmidt were juxtaposed in 2008 at an exhibition at the Belvedere in Vienna. At the Louvre sculptures by the two artists create once again an artistic dialogue across time. They converge especially in Cragg’s Untitled (2010) where the multiple distortions familiar in the contemporary sculptor’s work echo his 18th-century predecessor’s work especially through the portrayal of an expressive face seen only from a certain angle. 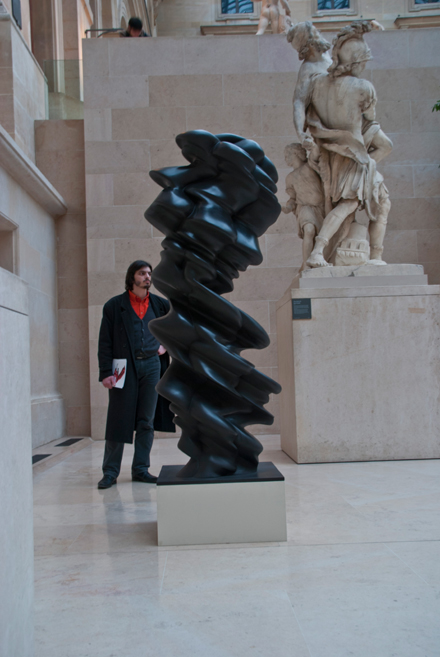 The other sculptures by Cragg inhabit the space around the Cour Marly and the Cour Puget . They are of various shapes, dimensions, colors, and material thus emphasizing the artist’s differing approach to certain materials (bronze, marble, fiberglass, and wood), colors (white, red and black), textures, and forms. The differing works also underline Cragg’s use of various sculptural methods such as circumvolutions around a central axis, displacement of oblique and overhanging elements along a lateral plane, puncturing of surfaces, and accumulation of numerous fine layers. 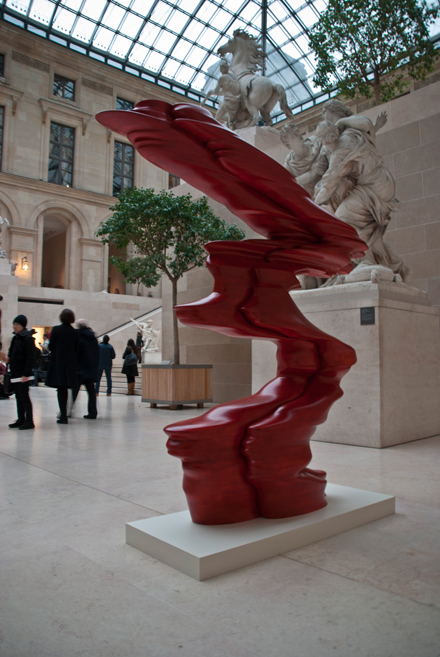 Visitors to this area of the Louvre can see sculptures conceived along the same theme yet of varying sizes and shapes prompting the onlooker to question notions of scale and form. 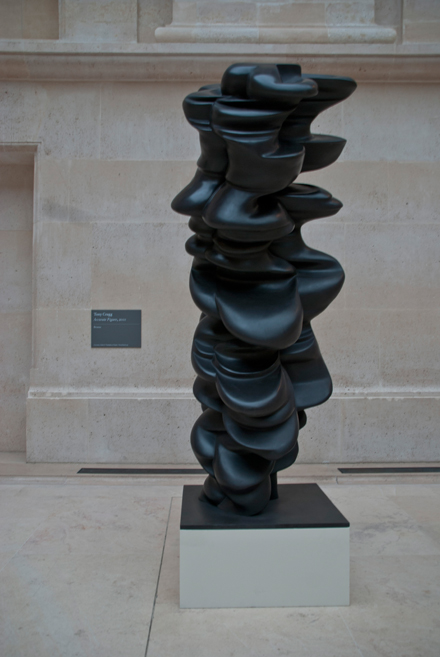 Tony Cragg is a graduate of the Royal Academy of Art and has lived in Wuppertal, Germany since 1977. He was awarded the Turner Prize in 1988 and represented Great Britain at the Venice Biennale that same year. The exhibition and installation of Cragg’s work was made possible through the support of Mayback- Mercedes- Benz France. 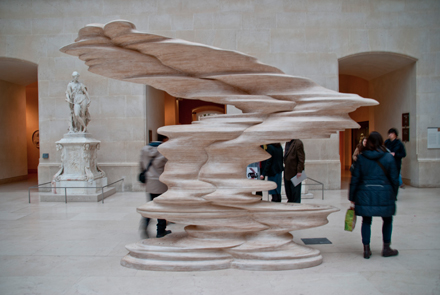 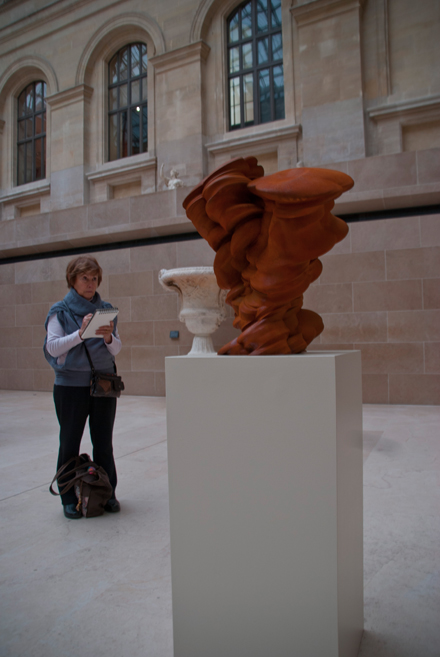 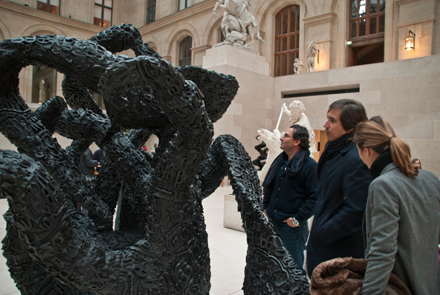 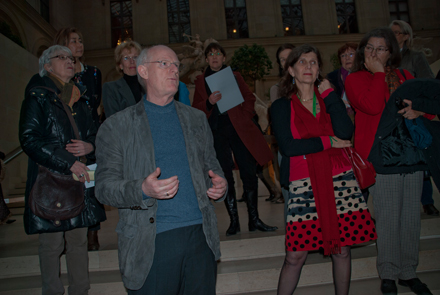 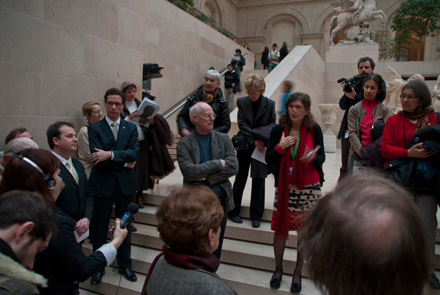 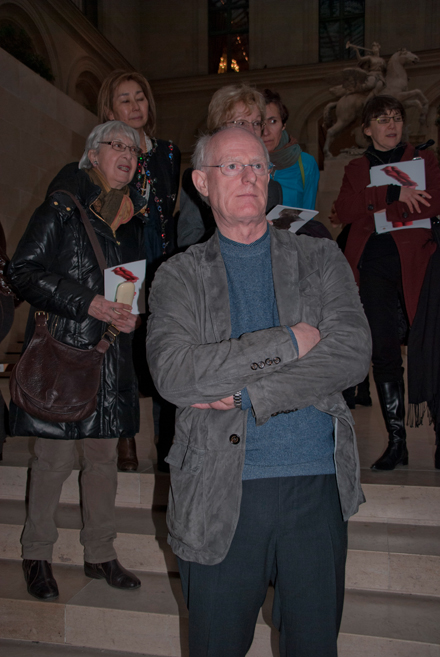 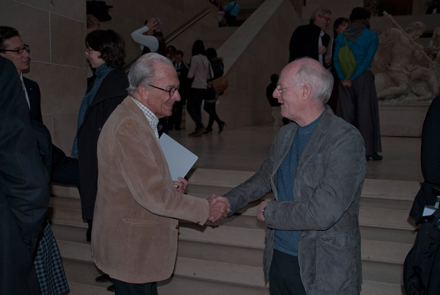 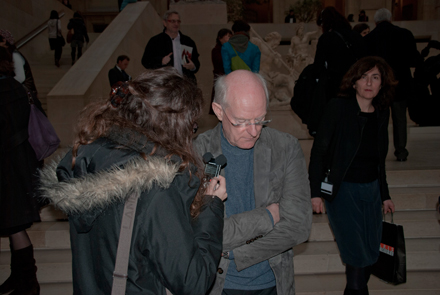 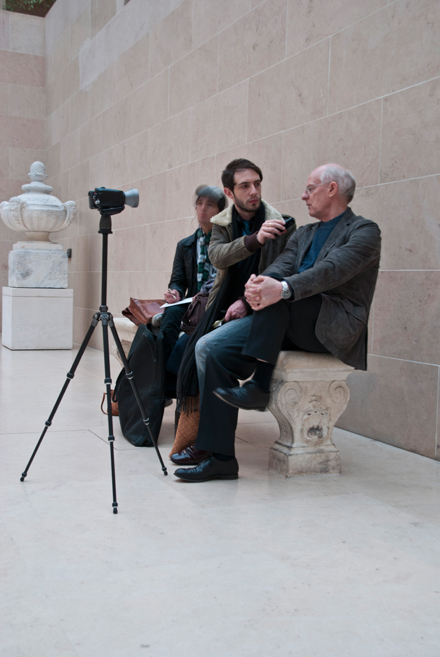 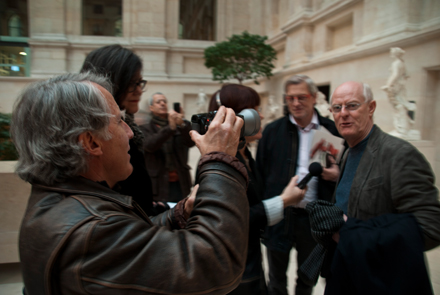 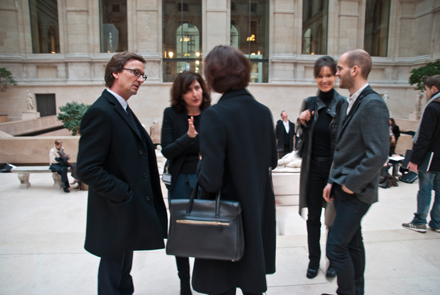 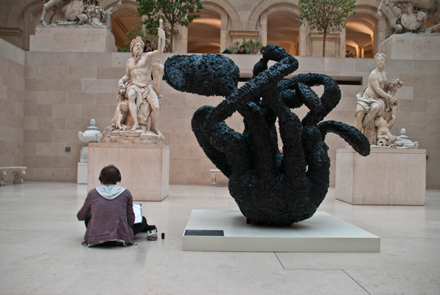 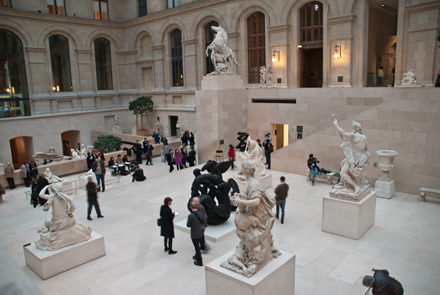 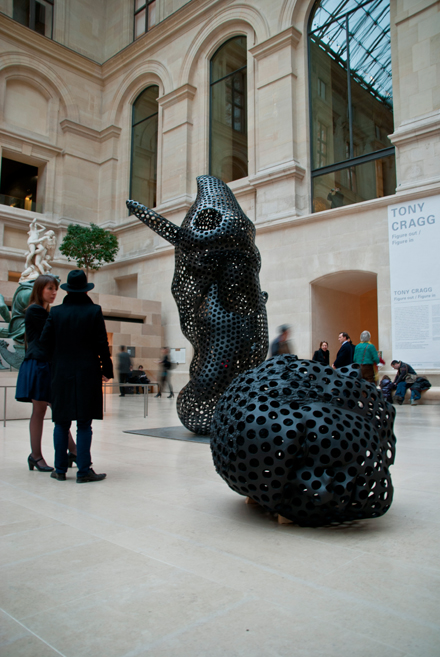 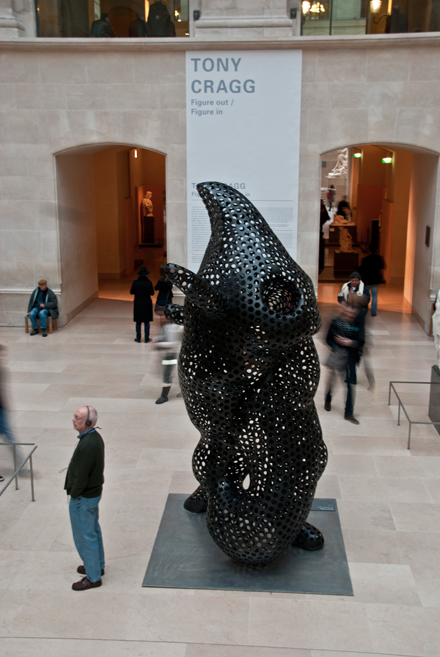 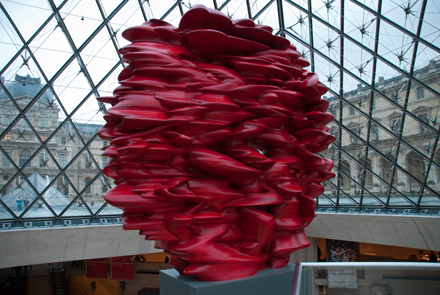 Versus (2010). Artwork specially created for the show. 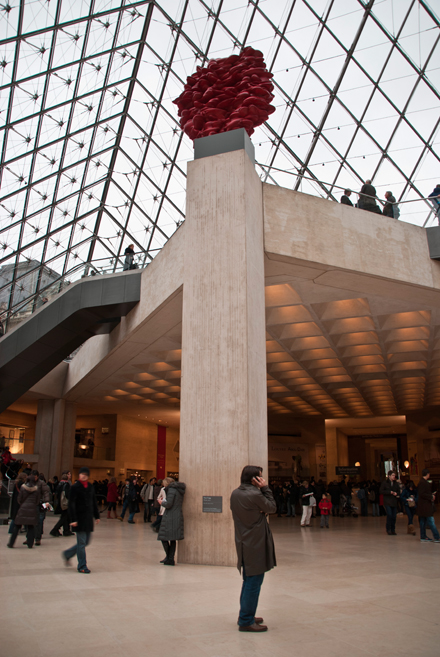 This entry was posted on Thursday, February 3rd, 2011 at 2:37 am and is filed under AO On Site. You can follow any responses to this entry through the RSS 2.0 feed. You can leave a response, or trackback from your own site.