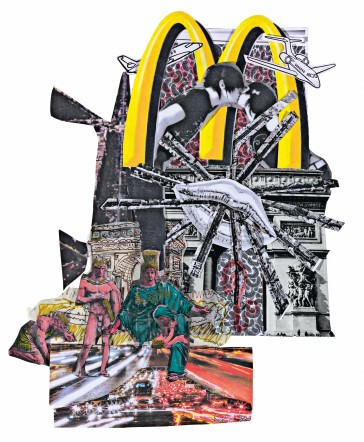 Through All Access World, Agathe Snow invites her audience to make historical monuments their own. All Access World represents a fictional company that shrinks the Berlin Wall, the Eiffel Tower, and other such structures, down to a human scale. Its goal is to promote “a more democratic approach to monument ownership and distribution.” Snow’s gallery space at Deutsche Guggenheim is full of interactive sculptures that dissect the importance of monuments and their locations. 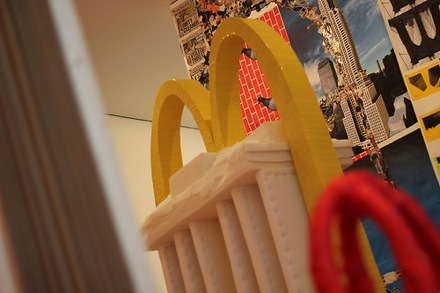 At the base of the exhibition is the map painted in pink on the floor. The sculptures are mixtures of various historical structures and trademarks, like the McDonald’s arches mingling with the pillars of the Parthenon. Snow mounted them on wheels as a way to invite viewers to move them around the distorted world map. Other mobile sculptures include a circle of photographs of historical sites that can be rotated and viewed from an opposing mirror, and broken cityscapes that see-saw back and forth. Breaking the tie between place and physical structures, Snow challenges the essence of these monuments’ source of importance and breaks down geographical barriers. The ease of mobility gives every person access to monuments that can otherwise feel imposing and distant in their true scales. 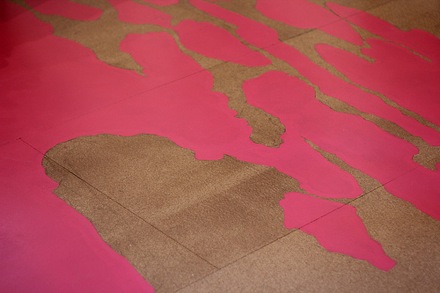 “I basically found myself fighting with history,” Snow said in an interview with Vernissage TV. She explained her view of how such iconic and permanent fixtures can make us feel inadequate. “They all have their own history, they don’t care about you,” she said. “Everyone goes to them, and we all take the same pictures.” And so she found herself struggling to pull apart the assumptions we make about certain landmarks’ roles of defining culture and national identity, then bring the pieces back together to make us see relationships that had been previously overlooked. 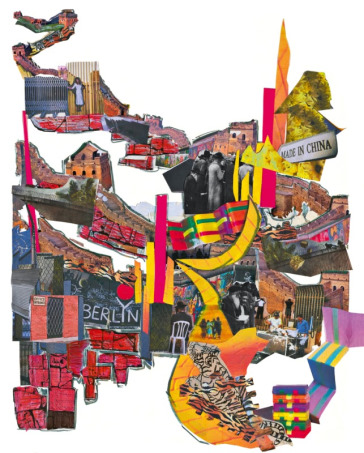 A video installation and a collection of collages on the walls augment the exhibition. Similar to the juxtaposition the mobile sculptures afford, the collages piece together familiar emblems and images of landmarks in a surprising and almost disconcerting way. In Walls, various representations of the Berlin Wall and the Great Wall of China crop up repeatedly, alongside the iconic yellow brick road in the center of the collage. Snow has a knack for bringing unexpected pieces together to make us see each in a new light. 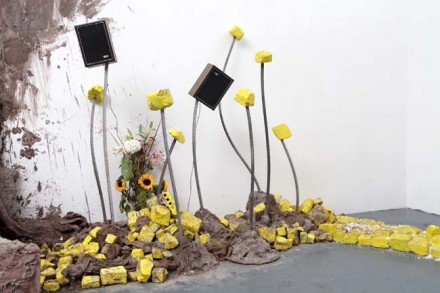 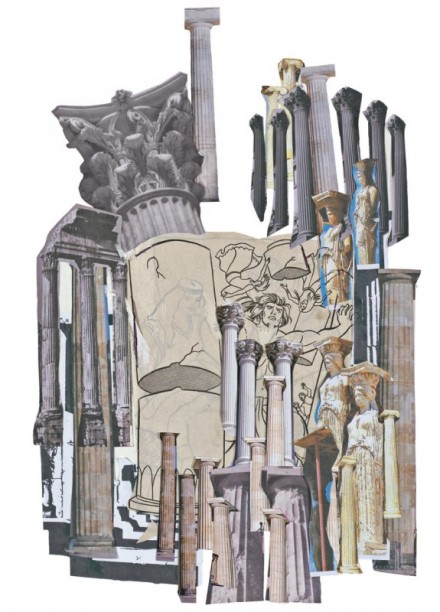 This entry was posted on Saturday, February 5th, 2011 at 10:01 am and is filed under Go See. You can follow any responses to this entry through the RSS 2.0 feed. You can leave a response, or trackback from your own site.

One Response to “Go See – Berlin: Agathe Snow ‘All Access World’ at Deutsche Guggenheim through March 30, 2011”