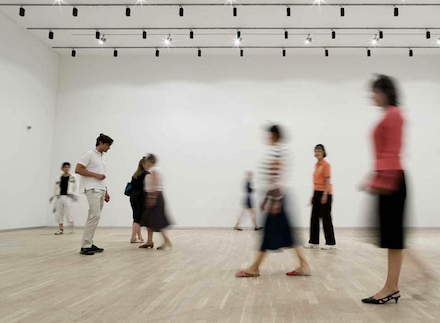 A new exhibition at the Hayward Gallery in London is eliciting a good degree of attention among members of the public and press alike.  Titled “Invisible: Art of the Unseen 1957-2012”, this joint showing contains otherwise empty rooms, save for a number of blank canvases and empty pedestals.  The exhibit’s purpose however is less to display and showcase than it is to survey past and current ideas related to the unknown and push the boundaries of art as we know or perceive it. 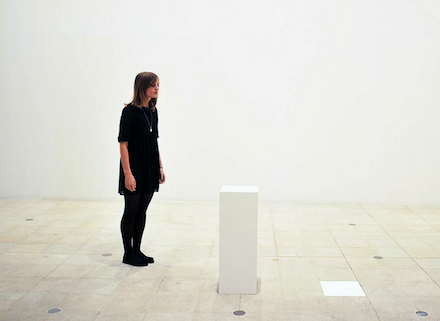 Tom Friedman‘s “Untitled (A Curse)” via the Independent 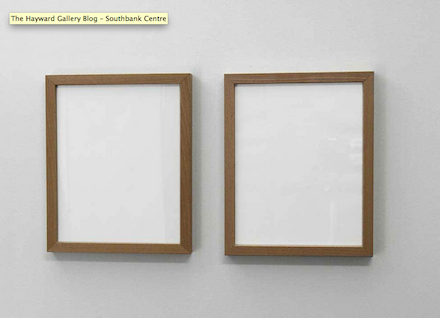 “Vanishing: ‘Magic Ink'” (1989) by Gianni Motti, featuring a set of drawings in the claimed media of invisible ink via The Independent

This exhibit however is not the first occurrence of the use of vacancy in art.  In May of 1958, French artist Yves Klein debuted the first empty exhibition in a Paris gallery.  “The Specialization of Sensibility in the Raw Material State of Stabilized Pictorial Sensibility” was filled instead with what Klein asserted to be immaterial energy. 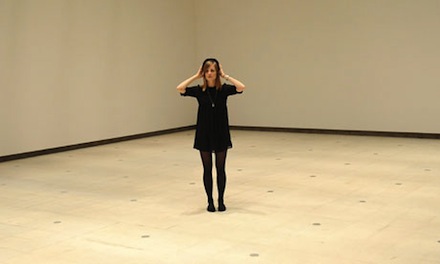 Another photo of Jeppe Hein’s void installation via The Guardian

A couple decades later, in 1985, Andy Warhol presented an invisible sculpture at a New York nightclub, which involved positioning and subsequently removing himself from a stand, leaving behind an alleged aura or trace of his fame.  The label read “Andy Warhol, USA/Invisible Sculpture/Mixed Media 1985”.  Tom Friedman also created an unseen installation dating back to 1992, consisting of a single empty stand.  He however filled the air above with a supposed hex performed by a professional witch.  Both of these works are included in the Hayward exhibition. 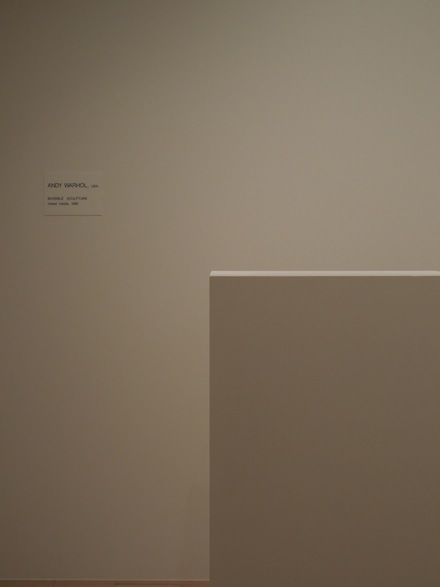 Claes Oldenburg’s work is also “on show”, namely his “Proposed Underground Memorial and Tomb for President John F. Kennedy”, which was only completed in thought.  Yoko Ono’s art can be found on the gallery walls, such as her 1964 piece “Hide and Seek”, a quote ordering, “Hide until everybody goes home. Hide until everybody forgets about you. Hide until everybody dies.” Bruno Jakobs’ void paintings use “unseen colours” and are hung on nearby walls.  Even the gallery ceiling is host to art, namely Taiwanese artist Lai Chih-Sheng’s vast drawing done in faint chalk. 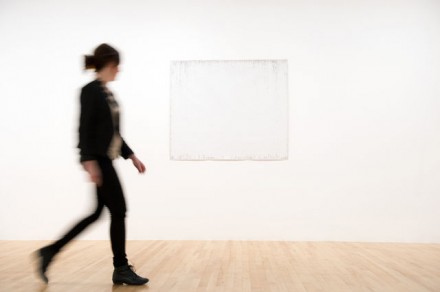 “Unseen” is not solely limited to invisible artwork, but also encompasses performances that rely on sensibility rather than vision.  Performance artist Bethan Huws has arranged a brigade of actors who will pose as exhibit visitors.  Their aim however is not to mimic but instead merge with the crowd,  thereby turning themselves invisible like the artwork surrounding them.  Another equally theatrical piece is Maurizio Cattelan‘s police report concerning an invisible artwork stolen from his car. 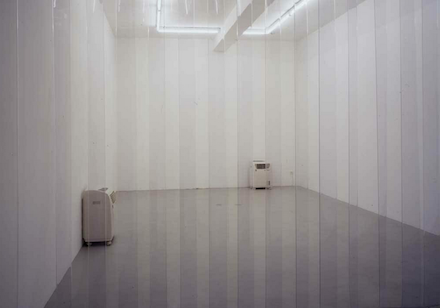 “Aire” (2002) by Teresa Margolle via The Independent

“Invisible art challenges our assumptions about art by emphasizing its interactive and communicative properties over its visual qualities. Many of the works in Invisible…underscore the limits of our perceptual capacities or emphasize the role of our imagination in responding to works of art…others use invisibility as a metaphor for death and the politically-sanctioned ‘disappearance’ of certain social groups. This exhibition surveys this rich history as it unfolds in the mind of each visitor,” says Ralph Rugoff, Hayward Gallery Director on the concept and hoped aim behind the exhibit (via Artdaily). 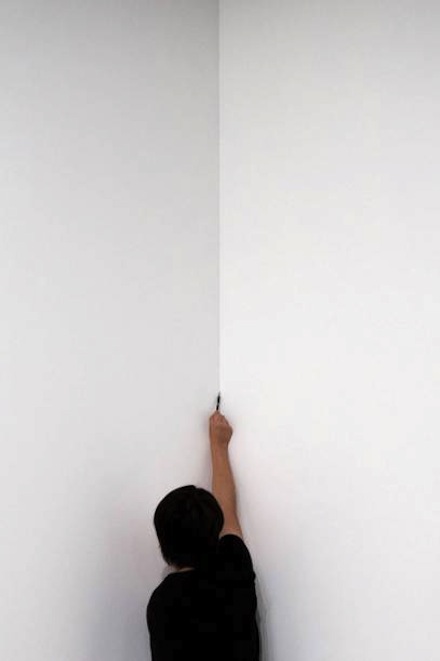 Other pioneers of the unknown featured at Hayward include Robert Barry, Song Dong, Chris Burden, Ceal Floyer, and Carsten Höller.  The complete and extensive catalogue compiled by curator Ralph Rugoff can be purchased here.

The exhibit debuted earlier this month on June 12 and will remain open, for viewing or otherwise, through August 5.

This entry was posted on Sunday, June 24th, 2012 at 9:03 am and is filed under Art News. You can follow any responses to this entry through the RSS 2.0 feed. You can leave a response, or trackback from your own site.