March 3rd, 2021
REFERENCE LIBRARY
Home » London – “Roy Lichtenstein: A Retrospective” at The Tate Modern, Through May 2013

London – “Roy Lichtenstein: A Retrospective” at The Tate Modern, Through May 2013

The Tate Modern is holding a retrospective of work by master of Pop Art, Roy Lichtenstein, which consists of 127 works and runs through May 2013. The exhibition, the first major one since the artist’s death in 1997,  is said to attract more visitors than Damien Hirst’s 2012 show that brought people from all over the world through the doors of the Tate.

Lichtenstein was born in 1923 and passed away in 1997; he was considered to be the founder of Pop Art along with other preeminent artists such as Andy Warhol. His signature comic-book-inspired works that are brought to life with Ben-Day dots were the beginning of art based on popular culture. Images adopted from the media were rearranged and juxtaposed with unrelated material to relate to contemporary life.

Lichtenstein’s work after 1961 is the most well-known, whereby he referenced comic strip images, advertising imagery and other known works of art; he also painted classical ruins, paintings of the backs of paintings, topographical paintings and moonscapes. He also incorporated plastics and enamelled metal into reliefs and sculptures. His later brass sculptures reference the stylization of 1930s art deco.

The retrospective features famous pieces such as Whamm!,  Oh, Jeff… I love you, too… but..,  and Long Lost Girl. Despite the lighthearted tone, there are hints of poignancy that punctuate the work. Earlier pieces were often comprised of simple sketches based on technical information, such as a basic outline of a hand drawing a foot, adopted from an image found in a shoe catalogue. His work played off of the chaotic expression of emotion and energetic undertones that dominated the Abstract Expressionist movement of the time. At one time he not regarded as a serious artist, as were his contemporaries, de Kooning and Pollock. 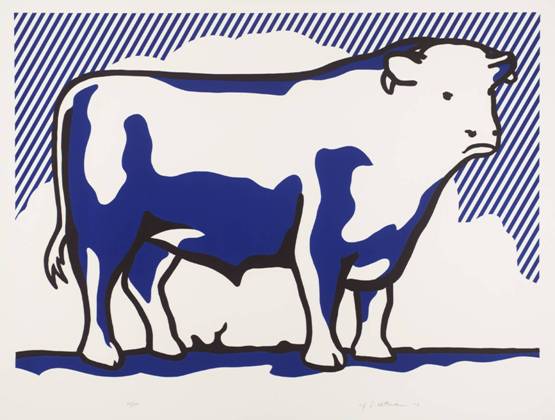 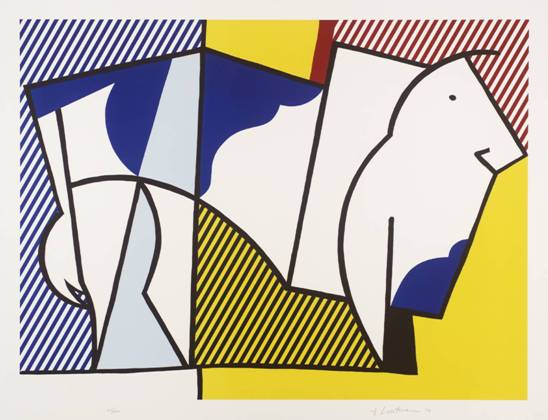 Early drawings consisted of common household elements such as furniture, hot dogs and even a BB gun. The ‘cartoonization’ of the gun appears alongside childhood images of Mickey Mouse and Donald Duck, conveying the world in technical and literal terms with a spin on the spin itself. 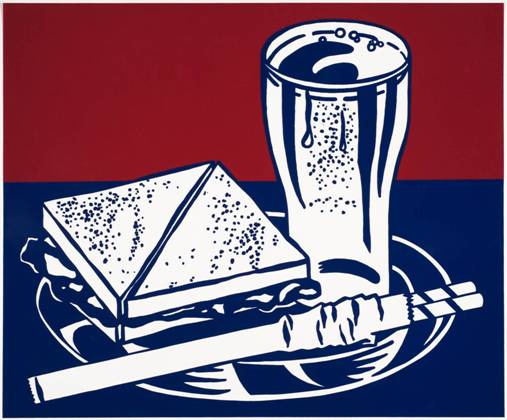 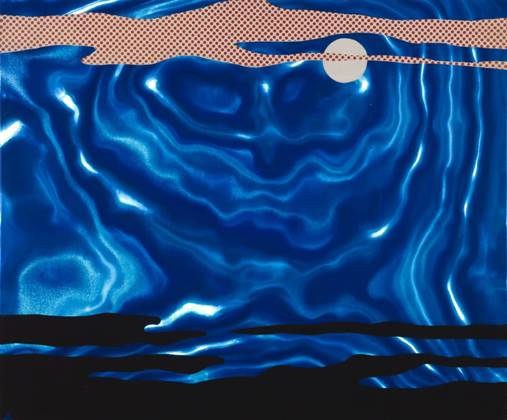 Lichtenstein’s clean, futuristic images peel back a layer of meaning in a conversely one-dimensional manner, the work as relevant today as it may have been in the artist’s own time. 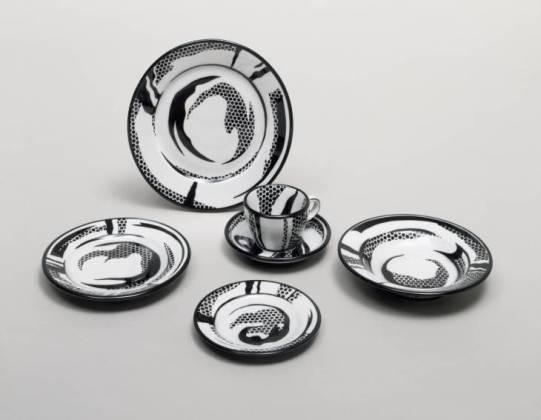 The show will run through May 27th, 2013 at the Tate Modern. It has been organized by the Art Institute of Chicago and Tate Modern, London, in association with the National Gallery of Art, Washington. It was co-curated by Sheena Wagstaff and James Rondeau. It has already shown in Chicago and a version is on view in Washington DC at the National Gallery of Art through January 13th, 2013.

This entry was posted on Saturday, November 24th, 2012 at 12:56 pm and is filed under Art News, Go See. You can follow any responses to this entry through the RSS 2.0 feed. You can leave a response, or trackback from your own site.