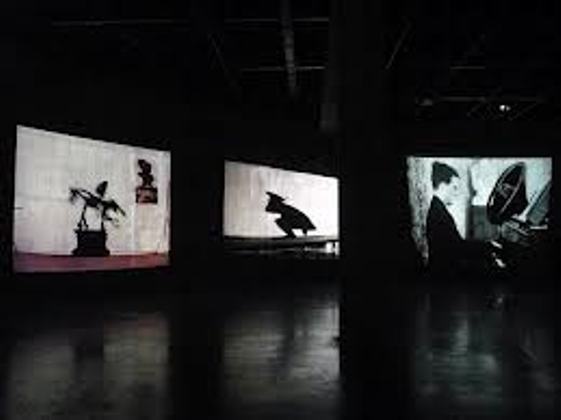 I Am Not Me, the Horse Is Not Mine by William Kentridge, consists of six individual projections juxtaposed against various walls of the Tanks in the Tate Modern. The projections cumulatively comprise a narrative that depicts the story of The Nose (1837), by Nikolai Gogol, whereby a spiteful nose departs itself from its owner’s face, tries to leave the city and is consequently arrested. However despite this, one morning when the owner wakes up, he finds his nose has returned. 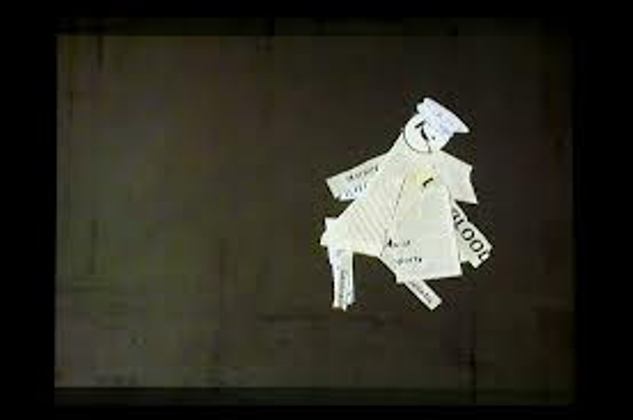 The abstract movies are comprised of eerie looking cutouts and are accompanied by instrumental and vocal soundscapes. Jazz-like, tribal music plays alongside superior-looking silhouettes dressed in structural hats and capes, which dance and twirl across the projections. They appear satirical when juxtaposed against the old soviet film footage which Kentridge has manipulated alongside his chaotic dancing figures. 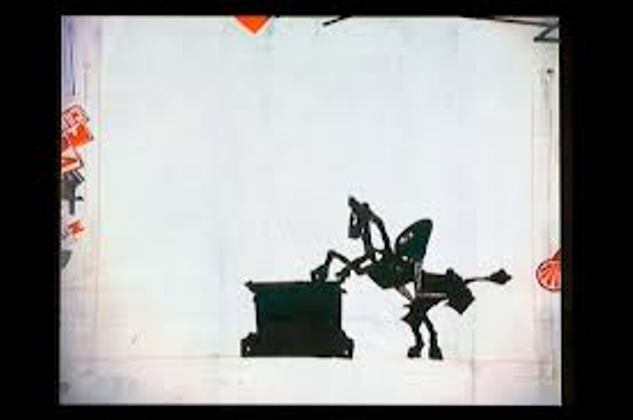 Creating the sounds that echo throughout the darkened walls of the tanks, appears to be a figurine that has a blackened nose as a head. Sporadically, on one of the projections the figurine appears to be playing the piano fluently allowing the spectator to presume that this is the intended source of the music. Photographs of faces with their noses covered up flash across the projections. Opposed to the somewhat disfigured reality of these images , there are cartoonish representations of form, composed of fragmented letters that move across the screen in a stop-motion manner. 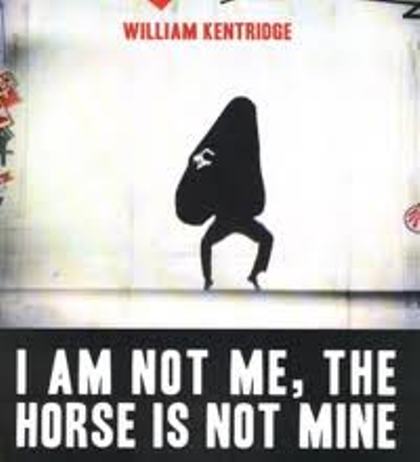 The paradoxical beings contradict each other, perhaps symbolizing the contradictions that coincide with war and political debate. The reference to the story, The Nose, is perhaps emblematic of a society metaphorically ‘spiting itself’ — as the nose did its owner — in terms of its internal politics that some may perceive as corrupt. The title of the installation, I Am Not Me, the Horse Is Not Mine is a Russian peasant expression used to deny guilt. The title is reflected in the transcript of the trial involving politician Nikolai Bukharin, which is replayed throughout the installation. 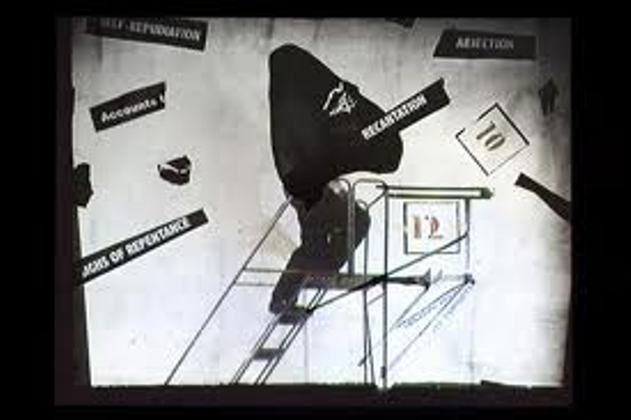 The mass of chaos that occurs throughout the enormity of each projection occurs simultaneously with the others, causing the viewer to struggle to absorb any information whatsoever. This perhaps depicts the nonsensical nature of some political decisions that Kentridge seems to feel passionately about creating an oeuvre of empathy about the show.

This entry was posted on Monday, December 31st, 2012 at 11:29 am and is filed under Art News, Go See. You can follow any responses to this entry through the RSS 2.0 feed. You can leave a response, or trackback from your own site.