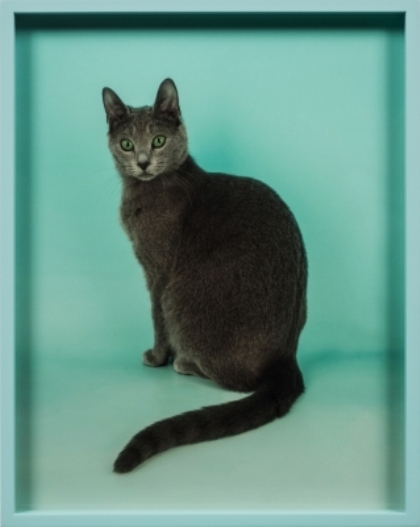 Transforming White Cube Gallery’s Hong Kong space into an an erratic mix of color and space, Elad Lassry has created a paradoxical challenge to viewer’s 2nd and 3rd dimensional perceptions.  Framed cats with piercing aquamarine eyes dot the room, gazing out at toys guarded by a luminous pink shielding. In another frame, viewers are presented with a tantalizing pair of raw steaks — the blood, emphasized by the disturbingly deep red background, but withheld from reach by its frame. Almost all the images observed in the gallery however, are flat: 2D photographs which are given depth only by the prisons they are situated in. 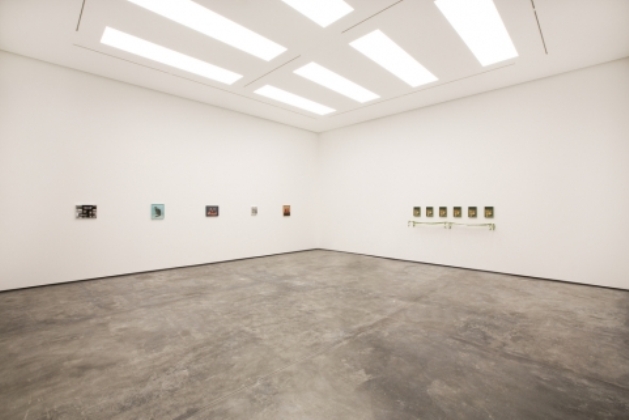 Lassry, born 1971, currently works and resides in Los Angeles and is well known for his works with flat images “trapped” in a limbo between the three dimensional world around us and the compressed reality of two dimensional objects.  Over the years, the artist has adapted Hollywood headshots, magazine photgraphs and still life shots by encapsulating them in three dimensional preserves. The box-frames that Lassry employs are painted in bold, monotone shades, further complimenting the spatial illusions of his subjects. 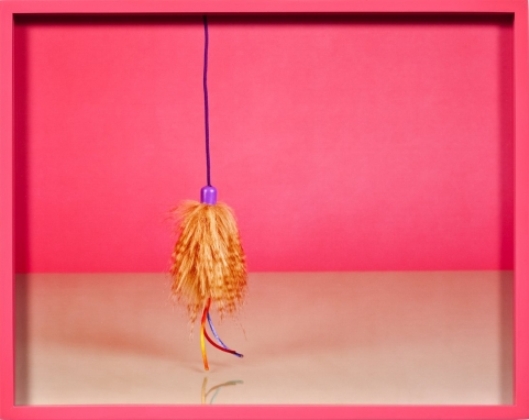 In one piece, intertwined, ropes dance across a sky-blue backdrop.  The inanimate cords embrace each other, emphasizing their functionality through their imprisonment within the frame. 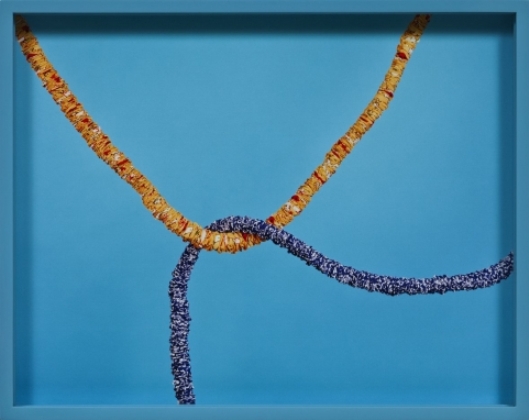 In another, Two Men and Grapefruits (2009), Lassry plays with the idea of a flat, artificially constructed still life in contrast with a raw framing approach, mixing images that contrast with the presented reality of the ongoing exhibition. The surrounding box evokes the sense of a portal, and the bright, white smiles of the two men evoke a sense of artificiality.  The fruit seems to play on notions of traditional still-life portraiture, where it would conventionally serve as the subject. Lassry’s modern day depiction is subtly humorous; challenging the viewer’s boundaries between what are considered contemporary and historic idioms. 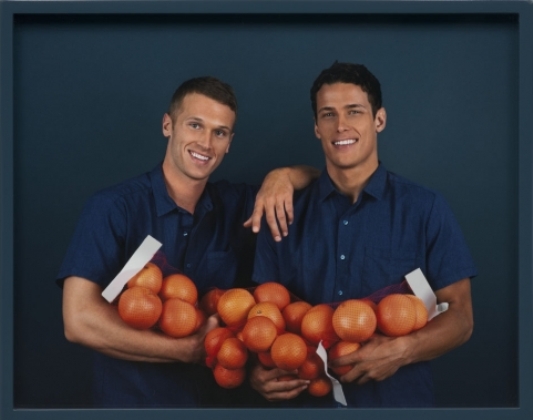 Coinciding with the artist’s collection of three dimensional stills, Lassry also incorporates a 16mm movie into the show, entitled Zebra and Woman.  Beginning at the tail, Lassry gradually pans over the Zebra’s hide, allowing a studied view of the creature’s hair texture and patterning, before abruptly interrupting the shot with the image of an attractive female. The presence of the contrasting forms and cinematic technique underline the jagged logic of the show, and emphasizes the many dualities of human and animal life. 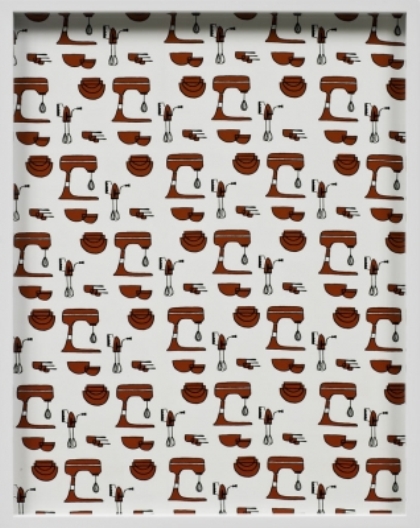 Throughout the show Lassry seems to constantly chase dichotomous juxtapositions, forever challenging his spectators to consider the coexistence of difference.  Perhaps he is paying reference to our multi-cultural society, or simply commenting on the progression of all things worldly. Either way, in order to adjust to changing habitat and a world which is constantly in flux, Lassry offers a perspective on contradiction and modification so readily apparent in the modern world.

The show is on view until February 8th. 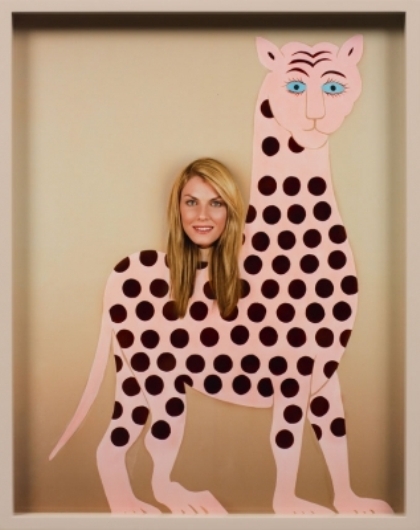 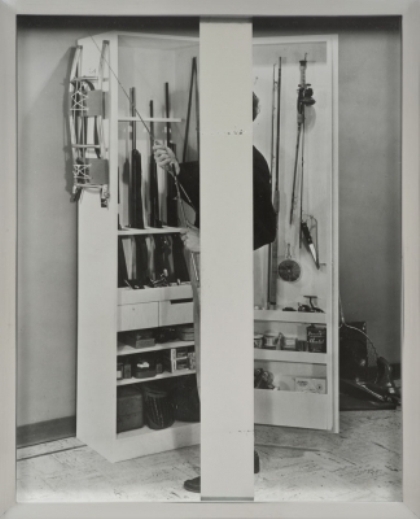 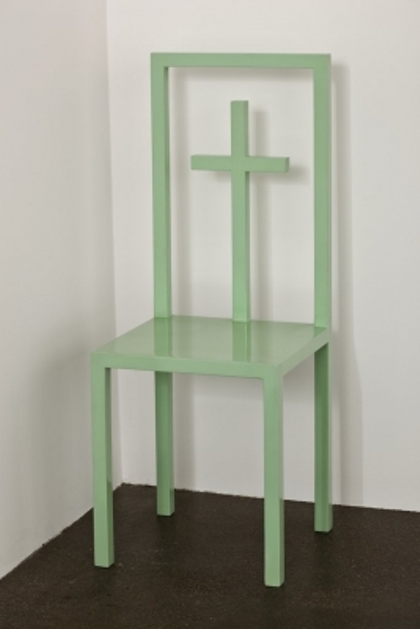 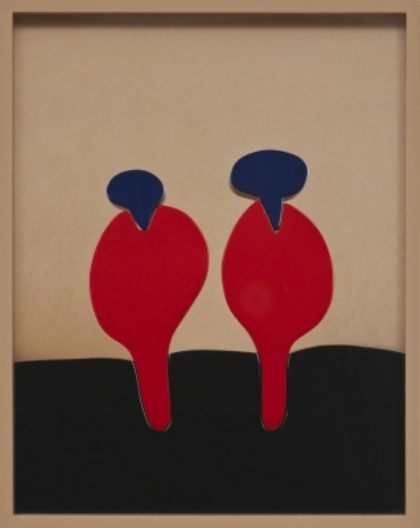 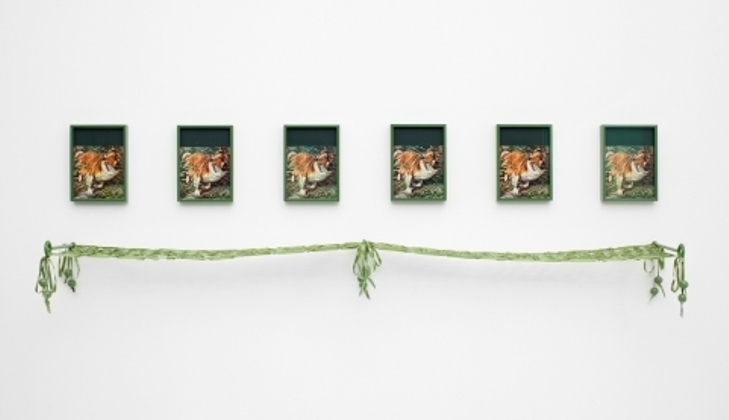 This entry was posted on Tuesday, February 5th, 2013 at 10:40 pm and is filed under Art News. You can follow any responses to this entry through the RSS 2.0 feed. You can leave a response, or trackback from your own site.