London – Juergen Teller: “Woo!” at The Institute of Contemporary Arts, Through March 17th, 2013 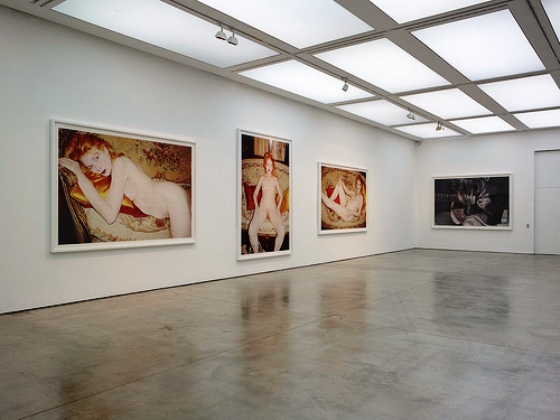 Juergen Teller leads a life that is far from the norm in fine art. Despite his ubiquitous gallery shows and openings, Teller also embraces the commercial world of photography; touring with rock stars and shooting celebrities around the globe. Regardless, the photographer has always been regarded as the ‘antithesis’ of what should constitute conventional Haute Couture photography.  In order to illustrate the artists distinctive and breathtaking style, the ICA in London is currently presenting a retrospective covering the broad expanse of Teller’s career, along with recent works that steer away from the limelight of his previous glossy campaigns and focus on more subdued topics such as portraiture of his family and friends. 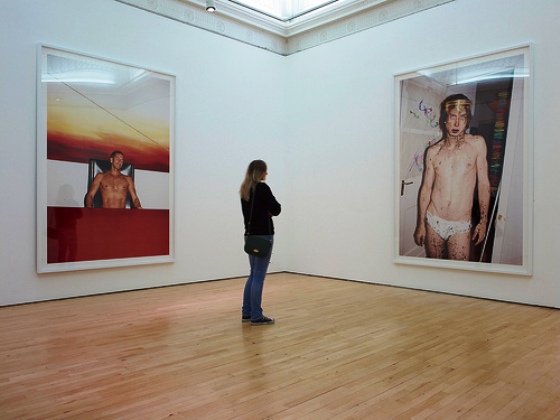 Teller is an avowedly analog photographer, strictly dedicated to film. Some of the images in the ICA collection entitled,Woo!, have therefore consequently been scanned and enlarged to achieve the engulfing effect of the show.  From the moment visitors enter the doors of the ICA, they are surrounded by Teller’s most recognizable works in large-scale, including his larger than life Vivienne Westwood Triptych,and his smaller, more narrative series, Irene I’m Wald, which is displayed directly opposite. 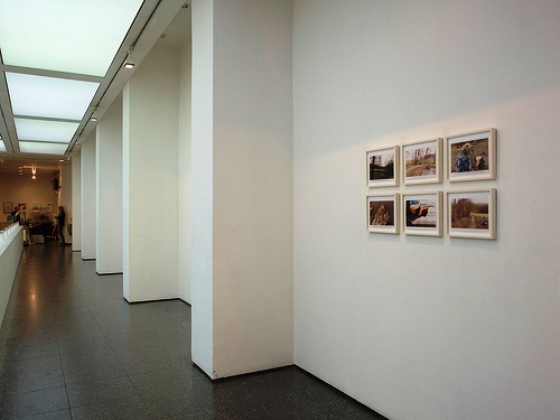 Progressing through the gallery, visitors are exposed to more of the artist’s prolific output. The upper floor contains a juxtaposition of some of Teller’s earlier works combined with his more recent and personal pieces. Lily Cole stretches her arms revealing her stark naked body to a room full of both models and family members; Kate Moss is displayed promiscuously in a wheel barrow in the corner, while a larger than life print of Teller’s son observes from across the room. 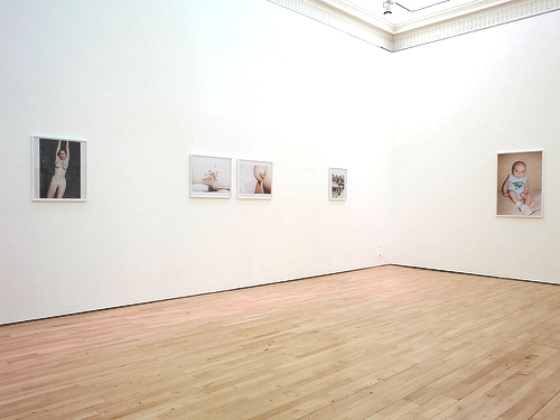 Nudity is portrayed in two lights here, as a vice for explicit, high fashion promiscuity and also as a medium through which to communicate innocence. The context of the gallery allows these converse themes to reverberate throughout and further complements the thematic progression and artistic development of Teller’s works. In one more recent piece, a phallus rests on top of a pregnant women’s stomach, but there appears to be no reference to the shock tactics of an eye catching fashion campaign, substituting a humorous but frank portrayal of family life. 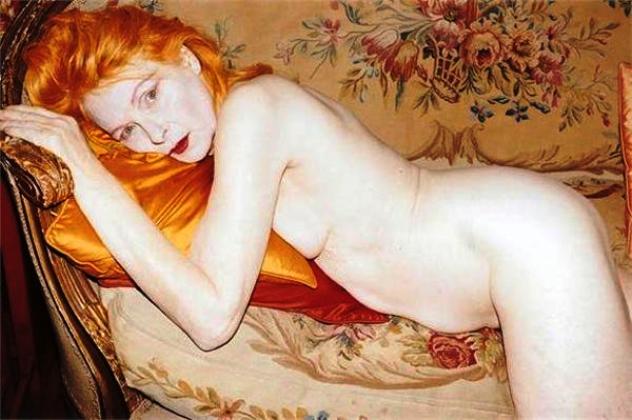 Juergen Teller, A seamless journey through art and fashion (2012), via The ICA

Entering the upstairs gallery, however, is an altogether different experience. Directly opposite the entrance to the room is an image of Victoria Beckam’s legs splayed over the top of an oversized Marc Jacobs bag. Beckham’s uncovered appendages portray the promiscuity and allure typical of the fashion world – the classic ‘sex sells’ line of reasoning.  Situated in isolation, away from the rest of the collection, lends the piece a tangible sense of grandeur. The adjacent walls hint at the image’s value and significance, but its austere enclosure suggests that Teller’s taste is progressing away from the “colder” world of the Avant Garde. 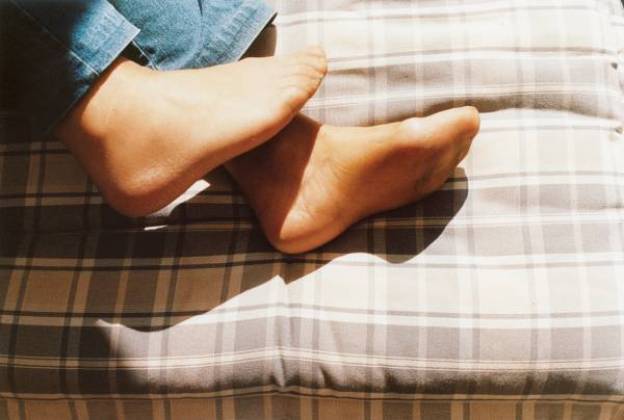 The artist’s new style is thoroughly echoed in his images of Vivienne Westwood on the ground floor. The context of her nudity is far from a high fashion depiction, despite its flaunting demeanor and the subject’s iconic stature. Westwood has strictly prohibited the images taken by Teller to be used in any other manner than within in an ‘art’ context – a far cry away from Teller’s past works. 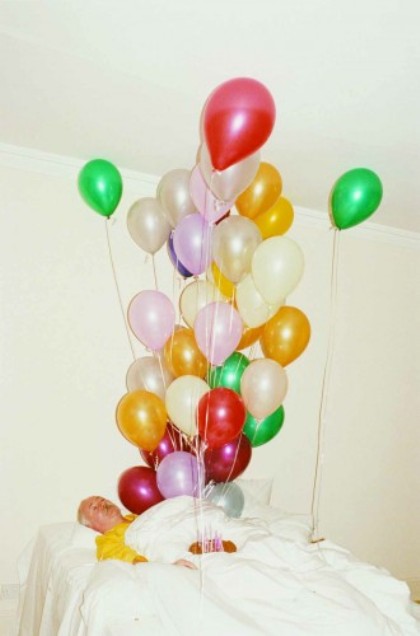 Juxtaposed with Westwood’s triptych is Juergen’s 1991 portrait of the now deceased Kurt Cobain. Teller toured with Nirvana during the 90’s, fully immersing himself in the rock and roll lifestyle that the band led. This intimacy with his subjects was a key factor in the artist being able to take such breathtaking and potent shots. Cobain’s hair splays over his face in an iconic ‘rock star’ fashion as he strums his guitar. The image reverberates with a deep poignancy that serves to depict Cobain’s angst before his death. The paradoxical positioning of such an image next to the seemingly elated Westwood again plays on Teller’s progression and departure from the lifestyle he once led. 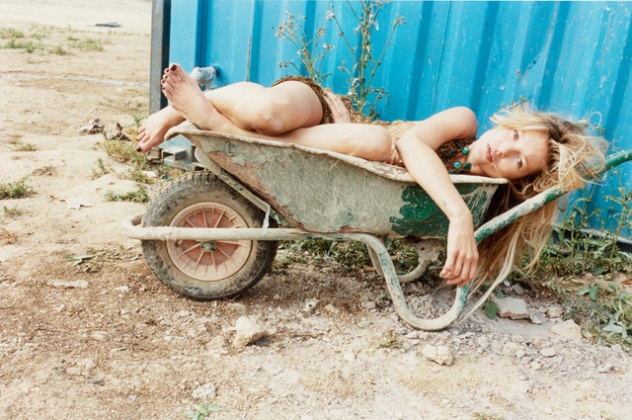 Teller will always be renowned for his portrayal of the glitz and glam of the high fashion world, but in years of late he seems to be exploring new creative paths.  After several years of work that explored the avant-garde, Juergen seems to have settled into a working-retirement of sorts, happily snapping away narratives of his own life. He is finally fully immersed in the present, developing a new language that speaks just as powerfully as any of his older works. 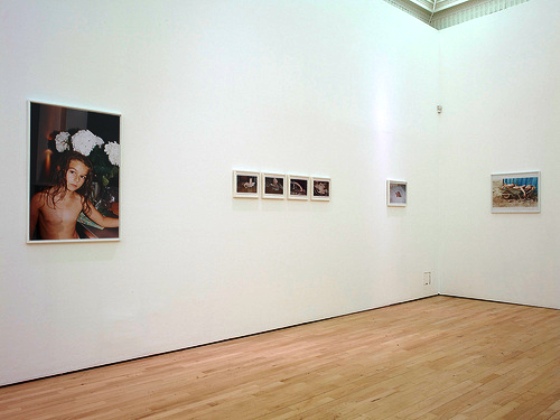 This entry was posted on Monday, February 11th, 2013 at 12:01 am and is filed under Art News. You can follow any responses to this entry through the RSS 2.0 feed. You can leave a response, or trackback from your own site.