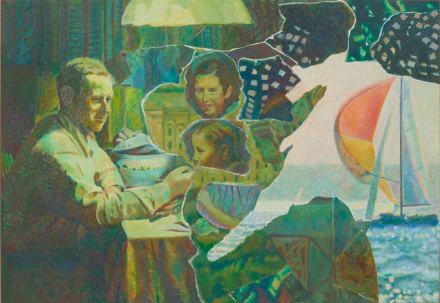 Though Soviet-born artists Ilya and Emilia Kabakov are New York-based, they were little known in the New York art scene until this Fall season.  Popular in Europe, their 2013 New York tour started with their successfully-launched, 8th rendition of the floating installation, “The Ship of Tolerance”, at the Dumbo Arts Festival.  Ilya Kabakov, a former childrens’ book illustrator and graphic artist did his conceptual art work in secrecy until he accepted a grant to work in Austria and grew to prominence in Europe.  Upon arriving to New York, he reconnected with his distant cousin, Emilia, a former pianist and linguist, and presently an art advisor and curator. She helped him navigate the arts scene in New York and the two soon began collaborating. They married in 1992 and have been sharing credits ever since on everything they have produced with the exception of several of Ilya’s paintings. 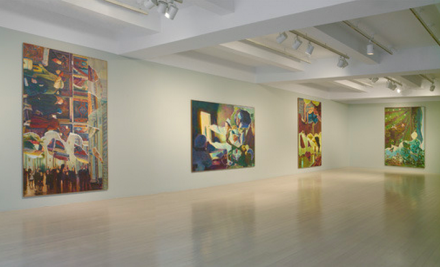 Though celebrated internationally, with work in institutions such as MoMa, The Whitney Museum of American Art, The Centre Pompidou, and the Guggenheim, their work has been controversial in Russia because they are the first living artists to be featured in St. Petersburg’s Hermitage Galleries.  The Kabakovs joined the Pace Gallery in 2013, and their first show with the gallery includes seven paintings and one installation.

The oil paintings, reminiscent in color palette of 1960s and 70s Soviet films such as The Diamond Arm and White Sun of the Desert, depict the moody scenes of the everyday in the Soviet Union. Combining elements of Impressionism, Fauvism, and Constructivism with depictions of collage, the works evoke nostalgia for the tragic complacency of Soviet life.  They are an artistic reflection and colorful meditation on the actuality of the totalitarian experience that numbed artistic expression in Soviet Russia, with literal elements such as the painting of the statue of Lenin peering out behind a performer in The Appearance of Collage, #10. 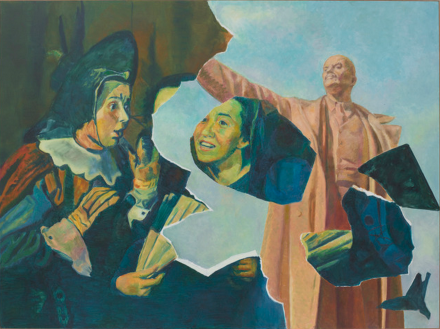 Ilya and Emilia Kabakov, The Appearance of Collage #10 (2012) Pace Gallery

The installation represents the puppetry of the Soviet Union, with a toy angel attached to the bottom of a stool, watching over a sunny, prefabricated village along a river. 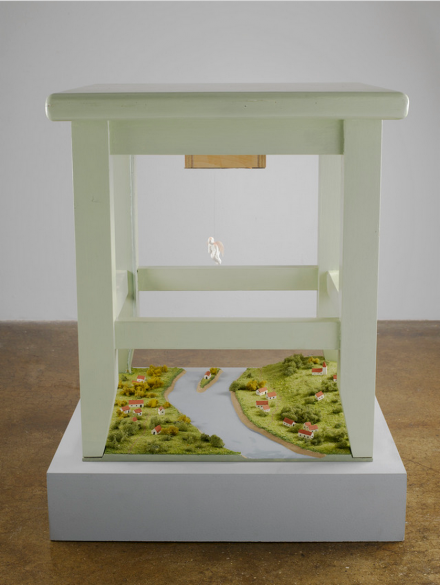 The couple will be featured in Amei Wallach’s documentary, premiering at the Film Forum in New York in November titled Ilya and Emilia Kabakov: Enter Here.  Their current show is on view through December 21st. 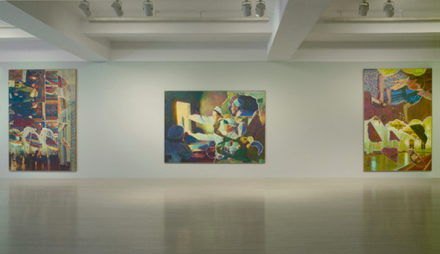 This entry was posted on Tuesday, December 17th, 2013 at 12:00 am and is filed under Art News. You can follow any responses to this entry through the RSS 2.0 feed. You can leave a response, or trackback from your own site.