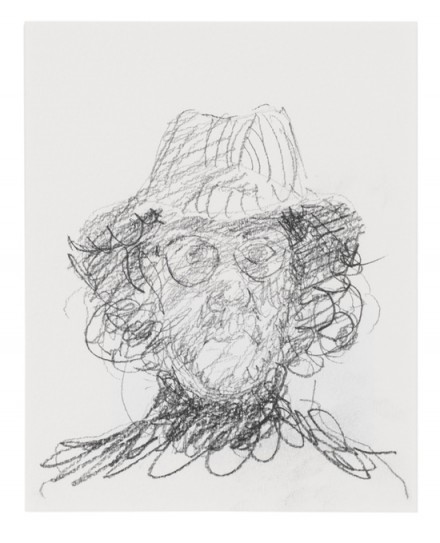 On November 8th, Hauser & Wirth and Gavin Brown’s enterprise opened parallel solo exhibitions in New York City featuring works by Scottish artist Martin Creed. The exhibitions will present new works in addition to selections from the past thirty years of his career. The display will remain on view at the two New York locations through December 21st 2013. 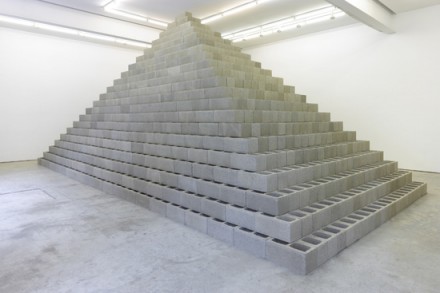 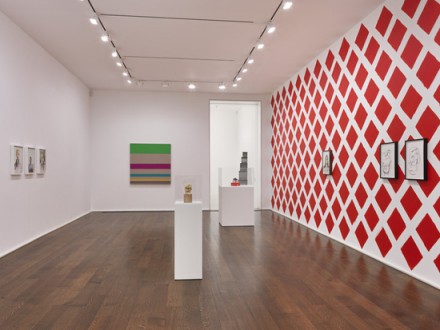 Born in 1968 in Wakefield, England, artist and musician Martin Creed was raised in Glasgow, Scotland, studying art at the Slade School of Art at University College London until 1990. His style is characterized by deadpan, blatant, and often cheeky humor, garnishing an enormous amount of critical acclaim, even for his most simple, minimalistic works.  He was awarded the Turner Prize in 2001 for his Work No. 227: the lights going on and off, an empty room in which the lights intermittently turned on and off. Upon being honored with this prestigious recognition from Tate, Creed received a large amount mostly negative press, as many people questioned his stretching of minimalism so far  that, to some, the works could hardly be considered art at all. A visitor once even threw eggs at the walls of this empty room as a protest. 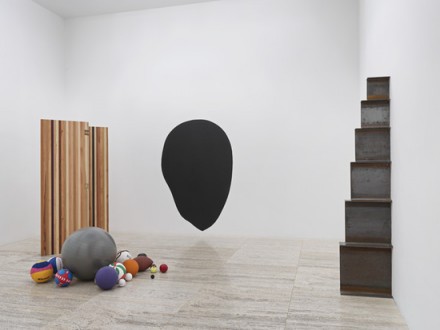 Since 1987, all of Creed’s works have been numbered, and descriptive of their content. But more recently, as if responding to the public opinion, Creed has begun exhibiting paintings in nearly every exhibition. He has exhibited internationally and often, in locations such as the Trussardi Foundation in Milan, Bard College in New York, and Ikon Gallery Birmingham, as well as in Hiroshima and Seoul.

Creed has stated that he enjoys painting, but that he has a difficult time deciding what to paint. He decided, therefore, to stop making paintings and to think more conceptually – not as an academic effort, but rather coming from a desire to connect with people: “wanting to communicate and wanting to say hello.” His art, as well as the public’s reactions to his art tends to be highly emotional. He has experimented with a wide range of materials, and this exhibition in particular aims to highlight Creed’s ability to use commonplace materials in imaginative ways, expanding their original meanings and transferring his sensibilities to the viewers, in what could be deemed an effort “to elicit wonder.” 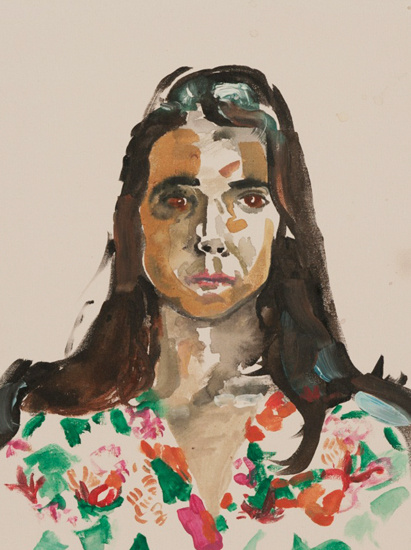 On display at Hauser & Wirth are two new series of portraits, entitled Jumping Portraits, which he created by placing the canvas so high on the wall that he was forced to jump up in order to paint, and Blind Portraits, made by only looking at his subject and not down to the canvas. Typical of his stylistic trend to avoid making aesthetic decisions and instead leaving this up to chance or accident, Creed’s portraits are spontaneous, emotional outbursts.  Work No. 1692, placed nearby, is a curved wooden screen made from strips of timber coming from a variety of different trees. The emphasis is on the patterns formed despite the diversity present in the content. Similarly, Work No. 1685 is a tapestry made from the slightly different wool of various sheep. Also a consistent trend in Creed’s body of work is the motif of steps and repetition. Displayed in this exhibition is Work No. 1696, a pyramid of toilet paper rolls strategically placed in an order determined by a mathematically rational formula. 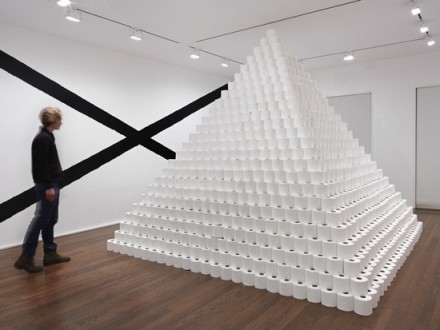 Outside of the Gavin Brown gallery is a parked car, which will start up at certain intervals and all of its functions will operate at once: when the engine starts, the headlights and windshield wipers will turn on full blast as the horn honks, the air conditioning activates itself at full power, and the automatic doors and windows open wide. Soon afterward, everything suddenly shut downs and closes up again. 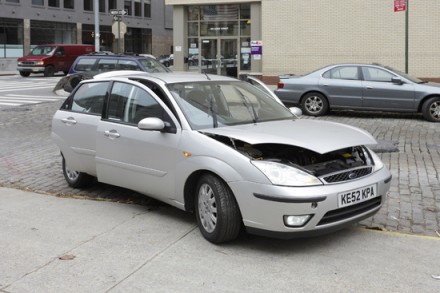 On December 12th, 13th, and 14th, Creed will perform his Work No. 1020 Ballet (2009) at The Kitchen in New York, together with his band and classically trained ballet dancers. Also currently on view through March 9th, 2014 is yet another solo exhibition of Creed’s work entitled Scales at the Aldrich Contemporary Art Museum in Ridgefield, Connecticut. 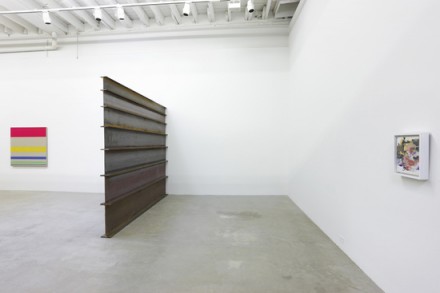 Martin Creed currently lives and works in London and Alcudi, Italy. The exhibitions at Hauser & Wirth and Gavin Brown’s enterprise will remain on view through December 21, 2013.

This entry was posted on Tuesday, December 3rd, 2013 at 8:56 am and is filed under Art News. You can follow any responses to this entry through the RSS 2.0 feed. You can leave a response, or trackback from your own site.