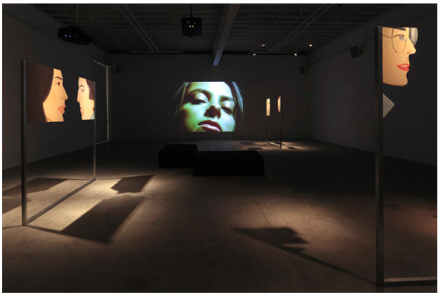 On view at Gavin Brown’s enterprise from January 11th through February 22nd is an exhibition of cutout works from American Pop artist Alex Katz, paired with a new Super 8 and High Definition film by Dara Friedman entitled PLAY, (Part 1&2). 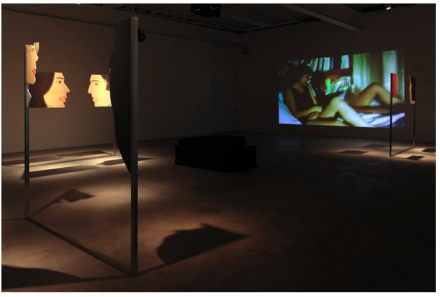 The exhibition is Katz’s third exhibition at Gavin Brown’s, and this particular display includes fifteen new works – the first cutouts he has made in over 10 years. Though he is most famous for his flattened style, using minimal tweaks in shade and space to convey depth and space, the way these works are displayed on panels throughout the gallery space marks a change in style for Katz, freestanding relief sculptures that equally act as painted portraits.  What’s more, the passage of light across the works is particularly notable, charting smooth transitions that make for a compellingly nuanced exploration of the human visage. 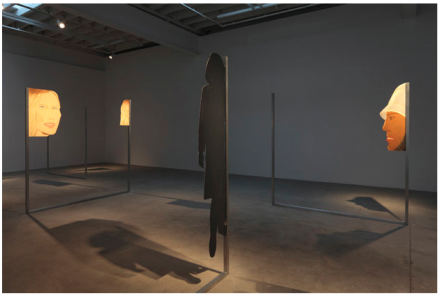 In 1959, Katz made his first cutout by removing the central figure from a painting with which he was dissatisfied, and then affixing it to another canvas. He continued this practice through the 1960s, after which he began working more frequently with aluminum. These new works are presented alongside the film of Dara Friedman, partially because of the significant impact the medium of film has had on Katz’s artistic choices. He has employed the extreme close-up, dramatic perspectives, and different framing techniques, for example, in his new cutout works. Other formal techniques he has used include repetition, erasure, enlargement, reduction, and reproduction, in an effort to achieve a directness and intimacy that is more readily accessible to the medium of film, and particularly notable in Friedman’s film on view. 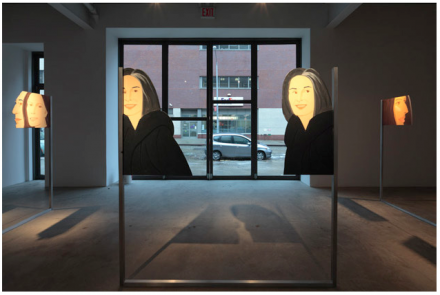 During his first 10 years as a painter, from 1946 when he began studying at Cooper Union in New York City, Katz admitted to destroying a thousand paintings “in order to find his style.” In the 1950s, he began to “paint faster than he can think,” emphasizing spontaneity and simplicity over detail. He has said that he does not like narratives, but he is inspired by the mechanics and techniques of filmmaking. Since the 1980s, Katz has been working with fashion models in designer clothing, and he enjoys this medium “because it’s ephemeral.” 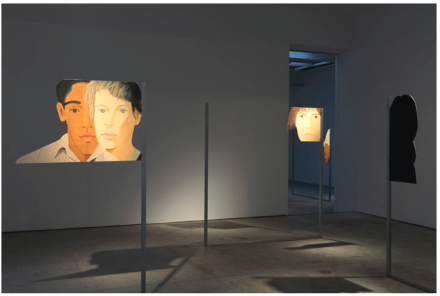 Katz has received numerous awards and recognitions, including The John Simon Guggenheim Memorial Fellowship for Painting (1972), the Pratt Institute’s Mary Buckley Award for Achievement (1978), The Queens Museum of Art Award for Lifetime Achievement (1978), the Award for Art in Public Places from the Chicago Bar Association (1985), a Lifetime Achievement Award from the National Academy of Design, New York (2007). He was named the Philip Morris Distinguished Artist at the American Academy in Berlin in 2001, and in 2000 he was named Cooper Union Annual Artist of the City.

The exhibition at Gavin Brown’s enterprise will continue through February 22, 2014. 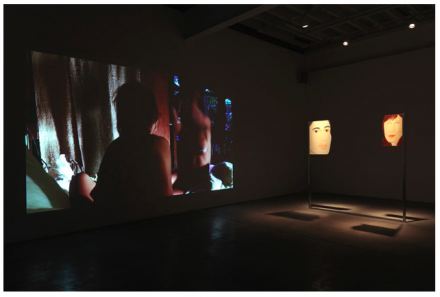 This entry was posted on Monday, February 17th, 2014 at 12:00 am and is filed under Art News. You can follow any responses to this entry through the RSS 2.0 feed. You can leave a response, or trackback from your own site.