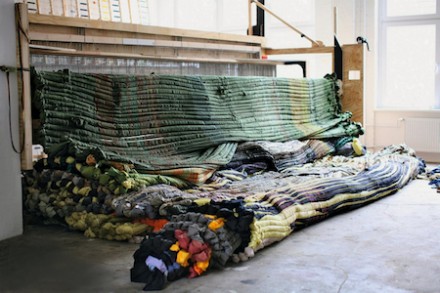 At the Musée d’Art Moderne de la Ville de Paris is the largest ever textile show presented by the museum to date, including more than 100 woven works by artists such as Pablo Picasso and Fernand Léger, as well as several contemporary artists. The show will remain on view through February 9th. 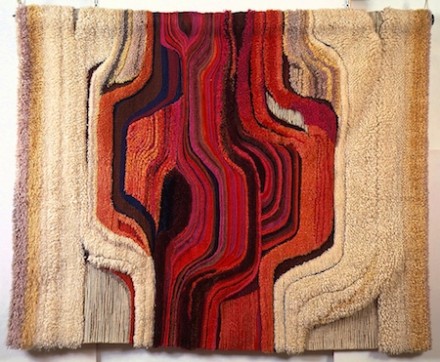 Curated by Anne Dessen, the exhibition at Musée d’Art Moderne provides an overview of the “Neo-Craft” movement, a phenomenon in which artists who normally specialize in painting or other fine arts engage in the practice of craft or decorative arts. Dessen has stated that she first noticed the trend of tapestry works around five years ago, and she became increasingly interested in “artists who are embracing the craft tradition themselves as well as those who relegate fabrication to artisans.” 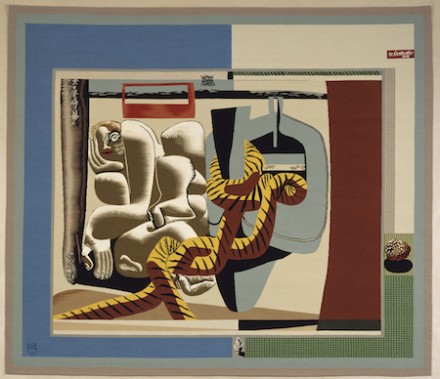 Centuries ago, tapestries and rugs were considered superior to paintings, but only relatively recently has the craft made a comeback. During the 20th century, the European avant-garde pioneered a renewed interest in the craft of textile art, one with undeniable ties to varied religious and political purposes and implications. The avant-garde used the tapestry as a medium through which to express political messages, particularly feminist ones, often satirical in tone. Now, the the tapestry has regained a central role in contemporary art, and the separation between “fine art” and “applied art” has become increasingly narrower.  Dessen was not the only curator to notice the more recent trend towards the decorative arts, as several other major exhibition spaces have also been hosting shows dedicated to the decorative arts. In Paris alone, the Pompidou Center as well as the international art fair FIAC have presented major tapestry works by artists Michael Beutler, Dewar and Gicquel, William Kentridge, and Francesco Vezzoli. In the Gagosian Gallery in London, Gerhard Richter’s tapestries were exhibited, and at the Venice Biennale, Rudolf Stingel’s Ottoman-style carpets were on display in impressive fashion. 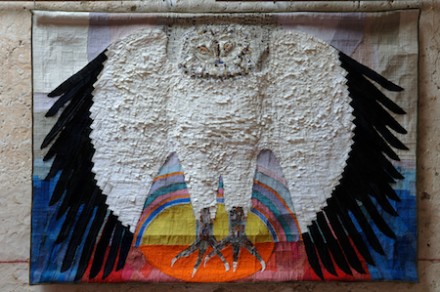 The current exhibition at Musée d’Art Moderne is an observation of the development of the tapestry as a mode of expression, spanning from anonymous Iranian kilims, Navajo weavings, Persian rugs, and 5th century Coptic fragments made from woven wool to the geometric works of Anni Albers created in the Bauhaus, as well woven works made using cotton and polyester manipulated using digital technology designed by artist Pae White. 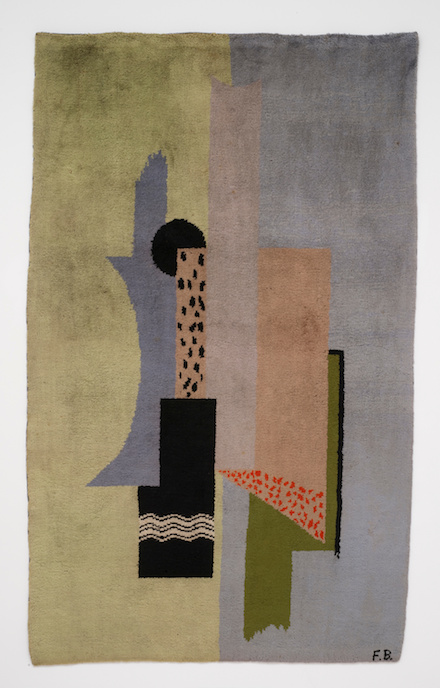 The exhibition has been organized into a series of installations according to theme rather than chronology: The Painterly, The Decorative, Orientalisms, Primitivisms, and The Sculptural. Artistic director Marc-Camille Chaimowicz has included props in between the works to help tell the story of the history of the tapestry in a playful, engaging way. Along these lines, visitors to the exhibition are even invited to sit on Franz West’s sofas on which his rugs are draped, and the show is not limited to rugs, but also includes gowns, petticoats, and quilts. 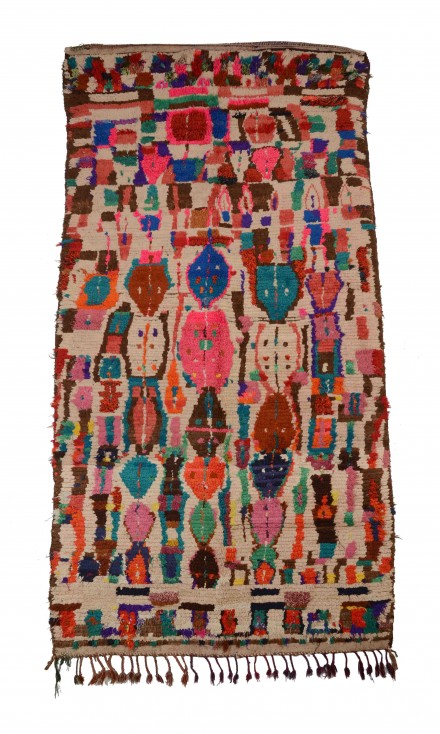 Artists included in the show range from the most contemporary to some of the biggest names in history, such as Picasso, Léger, Louise Bourgeois, Brassaï, and Francis Bacon. Complementing the show is a display at Stephen Friedman Gallery in London, focusing on 7 artists using cloth and fibers as a medium, including Romanian Geta Bratescu, Fred Sandback, Mark Barrow and Sarah Parke.

Decorum will remain on view at the Musée D’Art Moderne in Paris through February 9, 2014. 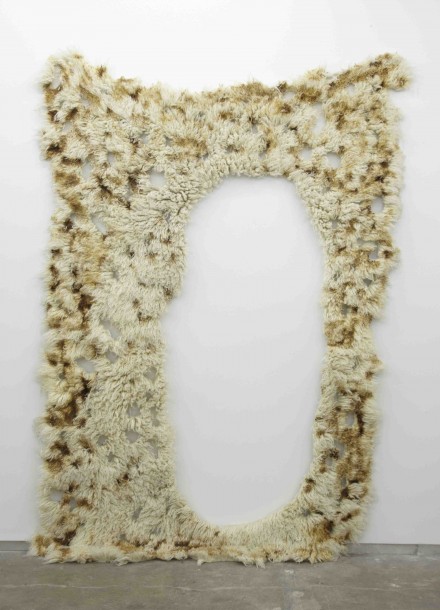 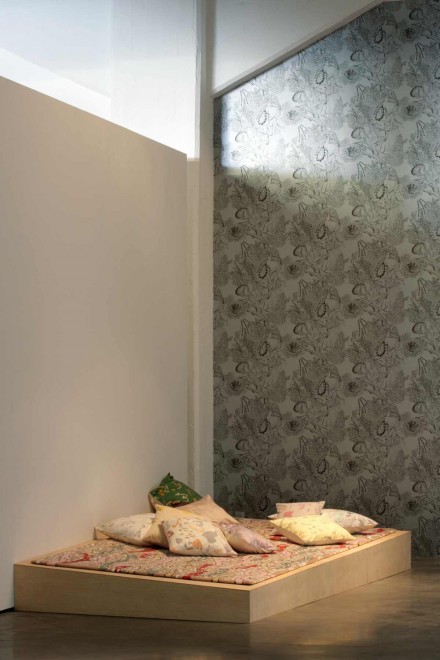 This entry was posted on Monday, February 3rd, 2014 at 12:00 am and is filed under Art News. You can follow any responses to this entry through the RSS 2.0 feed. You can leave a response, or trackback from your own site.