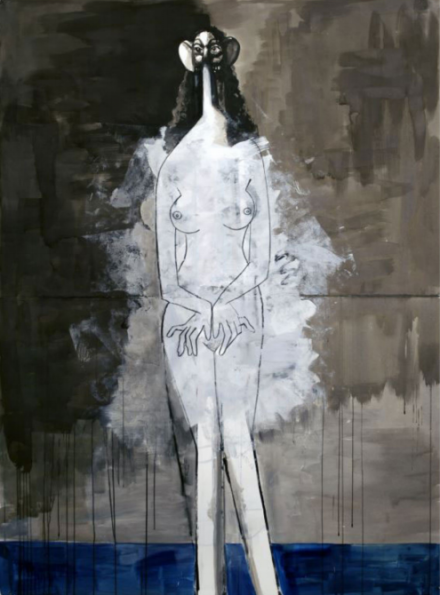 On view at Skarstedt Gallery in London are a series of ink on paper drawings by George Condo, combining styles and techniques from different modes of painting, often subverting, but always focused around the commonly accepted conventions of the portrait. 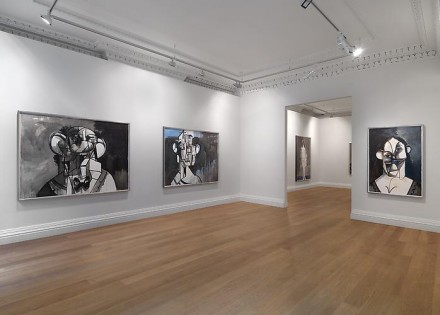 Born in 1957 in New Hampshire, Condo works in the mediums of painting, drawing, sculpture, and printmaking, and currently lives and works in New York City. He studied Art History and Music Theory at the University of Massachussets, and he studied guitar and music composition throughout his early life. In 1979, Condo met Jean-Michel Basquiat when his band, Girls, opened for Basquiat’s band, Gray, at the nightclub Tier 3. After this introduction, Condo moved to Ludlow Street in New York City to pursue a career in art. 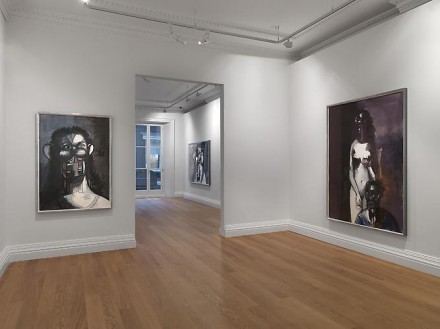 Condo coined the term Artificial Realism in the early 1980s when he emerged in the East Village art scene, and his first public exhibitions took place in various East Village galleries. His first European solo exhibition was in 1984 at Monika Sprüth Gallery after he had moved to Cologne, where he worked with artists from the Mulheimer Freiheit group. 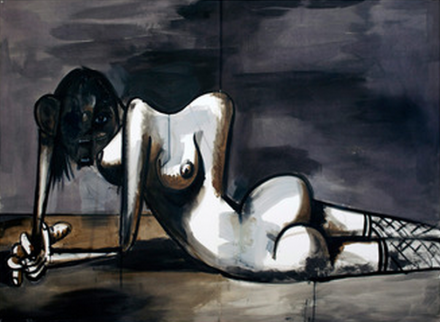 The works in this exhibition reflect the continuation of a style Condo has been developing for the past 30 years. His works very rarely portray real human subjects, and instead illustrate a “fantastical assembly of characters” from his imagination. The figures are often distorted, deformed, scrambled, outlined, distended, grotesque, yet at the same time very beautiful and full of intense feeling. The works might be more accurately described as portraits of particular emotions. 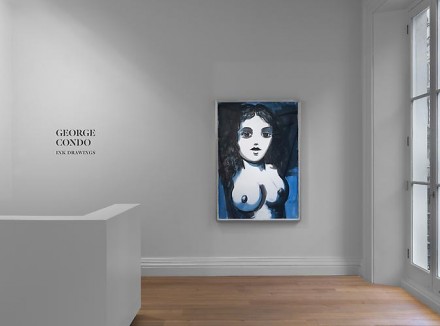 Compared with his show of works across town at Simon Lee, the works here are markedly more subdued, more dark and withdrawn, while remaining definitively within Condo’s body of work.  Twisted, horrified faces are contrasted with simple, masterful facial studies, while nearby, other works focus on sparse, full-body studies and twisted figurations.  It’s a particularly jarring series, that underscores a fierce, frenetic energy that has made itself felt in Condo’s works recently, and which perfectly plays against the vibrant, occasionally comical paintings showing at Simon Lee.

George Condo: Ink Drawings will remain on view a in London through April 5th, 2014. 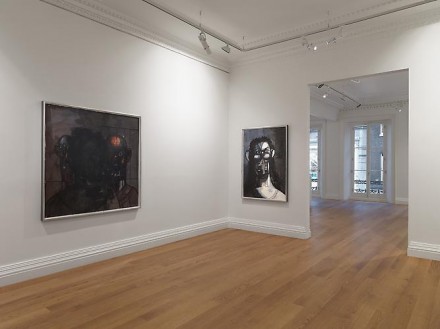 This entry was posted on Saturday, March 29th, 2014 at 12:00 am and is filed under Art News. You can follow any responses to this entry through the RSS 2.0 feed. You can leave a response, or trackback from your own site.