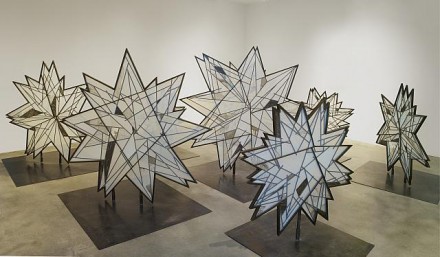 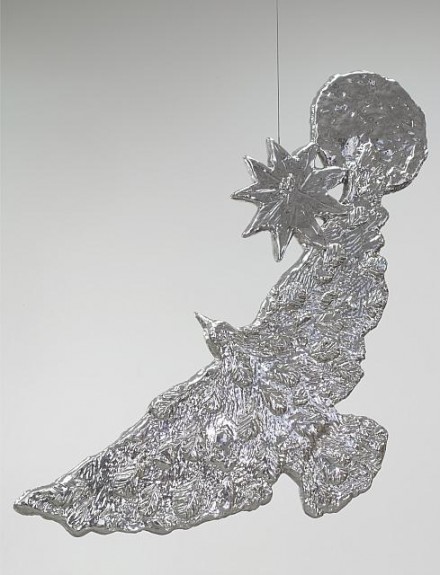 Kiki Smith, Crescent Bird (2011),The series of works ranges in date from 2011 to 2014, and represent Smith’s exploration of natural and spiritual worlds, depicted through human and animal forms, angelic bodies, and forms found in nature. The theme of the natural cycles of death and rebirth, seasons, eclipses, decay, and the ephemeral are present throughout the group of works, made from a variety of materials and with a wide range of techniques, all fitting perfectly with the slowly warming weather of New York City’s early springtime. 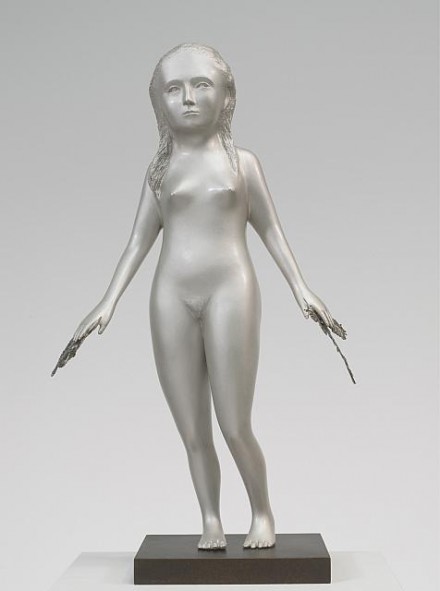 In fact, this shifting of conditions is explicitly explored in the pieces on view.  Smith depicts the passage from winter to spring through the “cyclical recurring crystallization of water vapor,” known as hoarfrost, with a series of sculptures made from fine silver and stainless steel, spanning up to 13 feet across. Her works in glass, up to 16 feet in length, include Prelude, representing felled trees; Raptor and Raptor II, depicting birds in flight, and Rogue Stars, a series of large three dimensional stars arranged and placed together on the ground of the gallery. 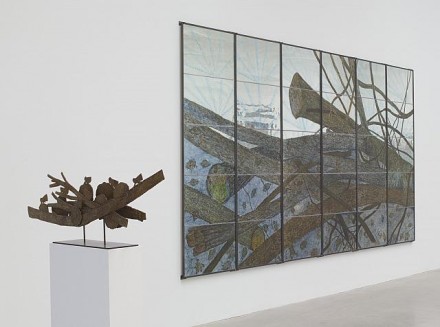 Smith’s scenes of a natural utopia are also illusrated on tapestries spread across the space, and in a series of 13-foot bronze sculptures entitled Crest and Crown. She has also fabricated images of lunar eclipses, shooting stars, moons, and orbs, from alumminum and bronze.  Throughout, Smith’s perpetually ethereal interests in the human and the celestial are combined, creating works that flow between divine inspirations and a fascination with the murky hues of the natural landscape.

Kiki Smith: Wonder marks the 20th anniversary of Smith’s first solo exhibition at Pace Gallery, and will remain on view to the public through March 29, 2014. 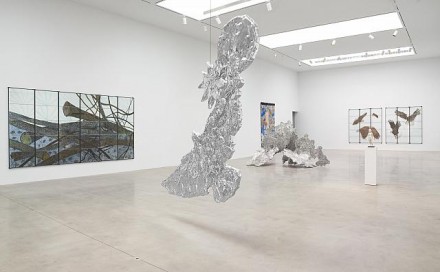 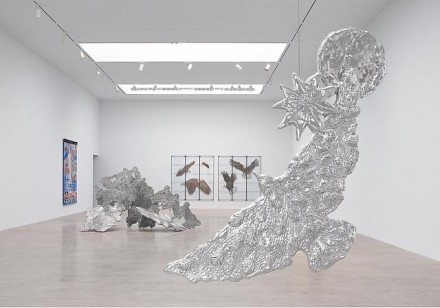 This entry was posted on Wednesday, March 26th, 2014 at 12:00 am and is filed under Art News. You can follow any responses to this entry through the RSS 2.0 feed. You can leave a response, or trackback from your own site.