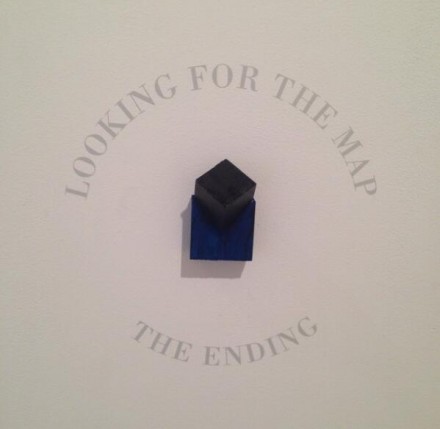 Richard Tuttle, a work from Looking for the Map, via Art Observed

On view at Pace New York from February 7th through March 15th is an exhibition comprised of drawings and studies artist Richard Tuttle has made to prepare for his large-scale commission at the Tate Modern’s Turbine Hall, opening in October of this year. 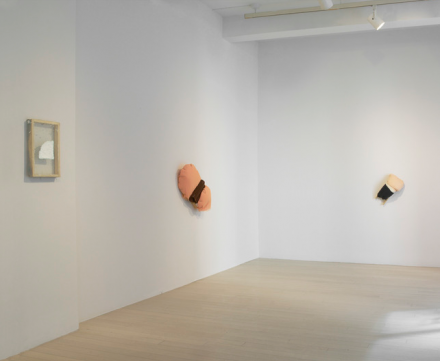 Born in 1941, Tuttle is an American post minimalist, born in Rahway, New Jersey. He studied at Trinity College in Connecticut and briefly at Cooper Union in New York, before working at Betty Parsons Gallery as an assistant. After one year of working at the gallery, Betty Parsons gave Tuttle his first show in 1965. Since then, he has become one of the most significant artists of our day, working in painting, sculpture, assemblage, poetry, and drawing. 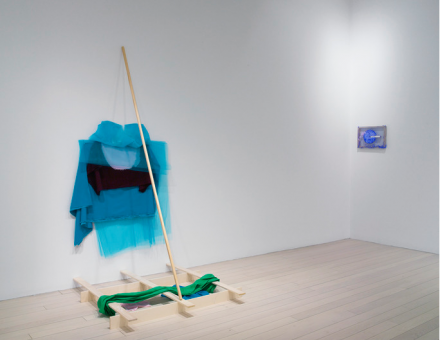 Tuttle is known for changing the direction of modern sculpture in the 1960s, using everyday materials like paper, rope, plywood, and cloth. He used various shapes as canvases and worked with them in unique ways, such as dying them or stitching them. His works are known for their delicacy, fragility, and even their spirituality. Central to his work are themes such as language, spatial relationships, and scale. 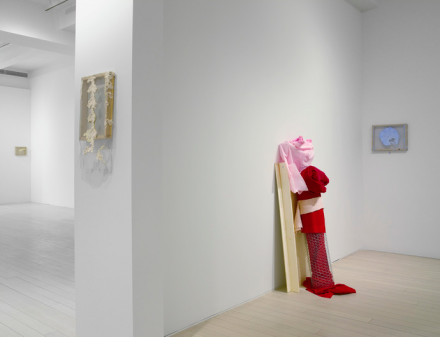 Though he is best known for his small, subtle works, Tuttle has been commissioned this time by the Tate Modern to create a large scale piece to be suspended from the ceiling in the museum’s Turbine Hall. The work, which will span 40 feet in length, will incorporate textiles he has designed and fabricated himself, and the works in the current exhibition are his preparatory drawings and textile studies.  Here, Tuttle applies his material concerns and commission to a series of pieces concerned with the language and architecture of balance, leaning objects against each other, and placing others in stark opposition.  Taken as a whole, one notes a considerable space between objects, creating a disjointed but compelling viewing. 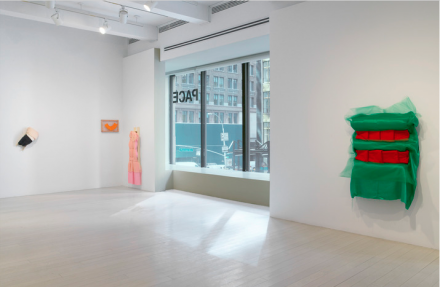 This exhibition at Pace in part celebrates the 50th anniversary of Richard Tuttle’s first show in New York at Betty Parsons Gallery. The works will remain on view through March 15, 2014. 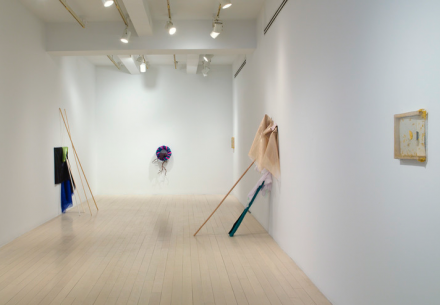 This entry was posted on Saturday, March 15th, 2014 at 12:00 am and is filed under Art News. You can follow any responses to this entry through the RSS 2.0 feed. You can leave a response, or trackback from your own site.