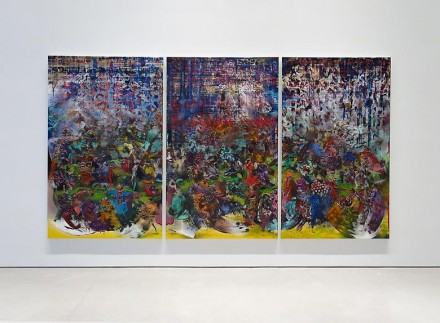 Currently on view at Sperone Westwater in New York is an exhibition of new works by Iranian painter Ali Banisadr.  Entitled Motherboard, the exhibition is Banisadr’s first solo show at at the gallery, and will remain on view through April 19, 2014. 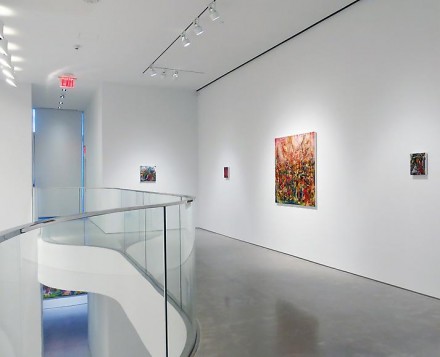 Born in 1976 in Tehran, Iran, Banisadr was raised during the Islamic revolution and the eight year long Iran-Iraq War. In 1988, he and his family moved to Turkey, and later to California. In 2000, Banisadr moved to New York City, where he received a BFA from the School of Visual Arts in 2005, and his MFA from the New York Academy of Art in 2007. 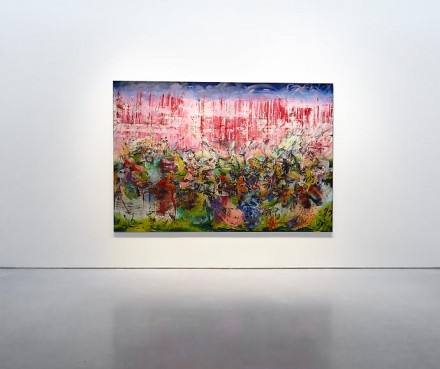 Banisadr paints as a medium for expressing “encyclopedic worlds” made up of his thoughts, memories, and imagination. His works lack a central point or single protagonist, selecting equilibrium and egalitarianism over hierarchy. One of the works on view, Aleph (2013), for example, is named after a short story by Jorge Luis Borges, and based on the idea of a point from which everything can be seen from every angle at one moment in time. 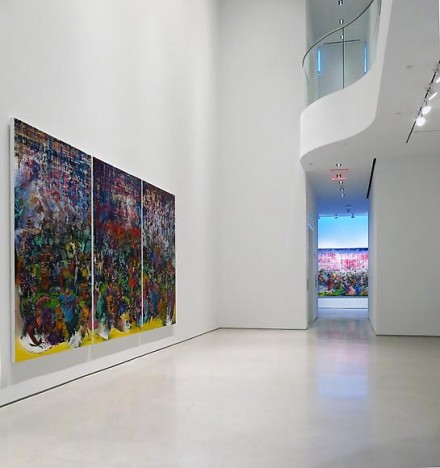 In the largest painting, Motherboard (2013), Banisadr has depicted four levels: earth, civilization, technology, and ether, all of equal importance, and linked by the textures of movement and sound. Banisadr has been quoted to say about the work that “just as in a computer central processing unit, every component has to function and be active in order for the entire unit to function.”  Intriguingly enough, Banisadr’s work seems to hold the work of Brueghl and Bosch in equal thrall to his fascination with contemporary technology and theory, with densely colored forms clustered in countless, playful arrays. 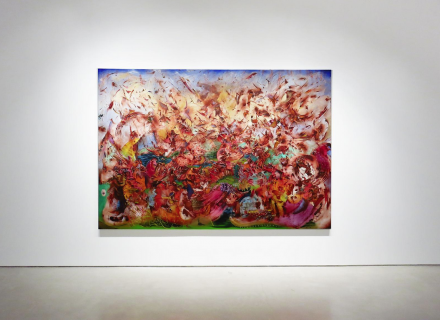 Banisadr’s first solo exhibition was in 2008, and since then he has exhibited across the United States and Europe: in group shows at the Stedelijk Museum voor Actuele Kunst (SMAK) in Ghent (2010), Palazzo Saluzzo Paesana in Turin (2012), The Metropolitan Museum of Art (2012), Museum of Contemporary Art in Los Angeles (2013), The Moving Museum in Dubai (2013) and at the Venice Biennale.

Motherboard will continue at Sperone Westwater in New York through April 19, 2014. 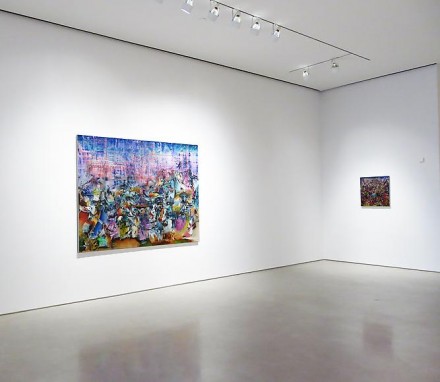 This entry was posted on Friday, April 18th, 2014 at 12:00 am and is filed under Art News. You can follow any responses to this entry through the RSS 2.0 feed. You can leave a response, or trackback from your own site.