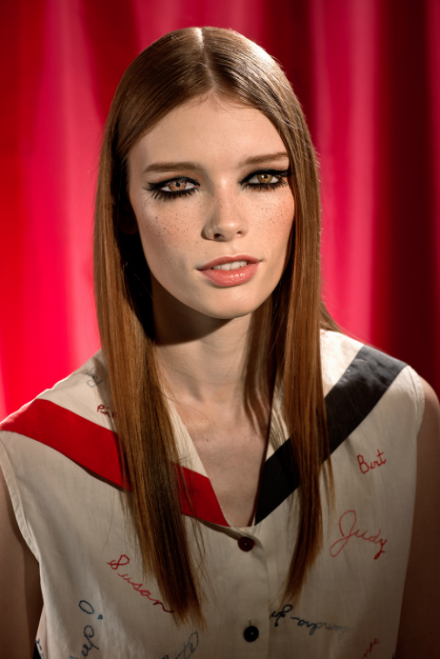 Currently on at Salon 94 Bowery is an exhibition of new photos by Laurie Simmons, based on her research on a subgenre of Japanese cosplay called “Kigurumi,” in which characters called “Dollers” or “Kiggers” change their identities, often flipping genders or becoming cartoon characters, by wearing onesie spandex suits and cartoonish masks. 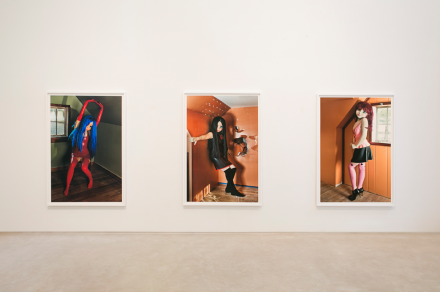 Participants in this cultural phenomenon of Kigurumi dress themselves in masks and spandex bodysuits, called “zental” in Japanese. The suits cover the full extent of the body, so that players can comfortably go out in public and be in their invented characters in totality, without feeling as if they are in costume. Sometimes these Dollars or Kiggers are hired as paid entertainers at public events, but more often are purely interested in acting in another identity – mostly dolls, stuffed animals, cartoon characters, or boys dressed as girls/girls dressed as boys – often feeling more in touch with their invented identity than with their own outward appearance. 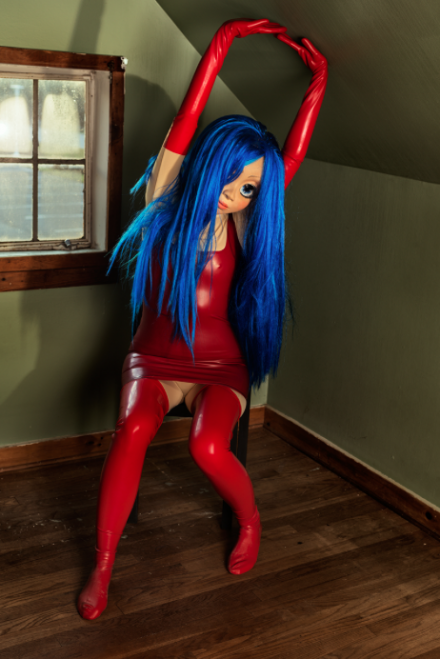 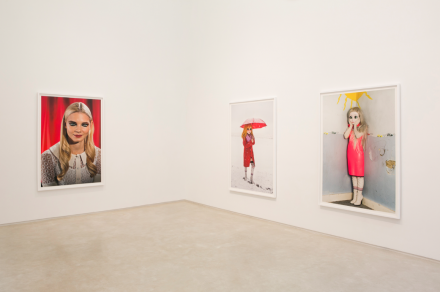 Simmons has captured a series of photos portraying characters based on the masks of a cosplayer in Russia, dressing people up, dying their hair, and letting them develop personalities, gestures, and tics based on these masks. She explores the childlike instinct to play dress-up, extended into adulthood, a move that seeks to look beyond reductive notions of fetish and obscenity to confront the 21st century constructions of identity (which takes particular weight in our contemporary culture, where invented identities permeate online life), which has created, in Simmons’ words, “a fuzzy space between who ‘we’ are to ourselves and the ‘we’ that is invented, constructed, and expressed using the readily available tools…Aren’t we all playing dress-up in some part of our lives?” 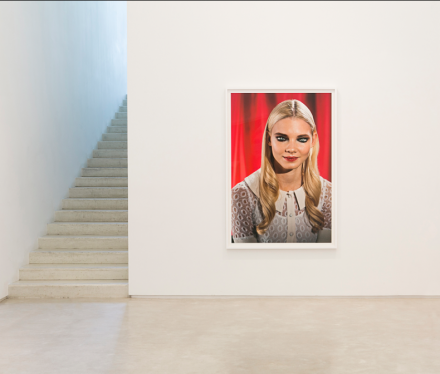 Also on view are the first two photos from a new series called How We See, inspired by an anime phenomenon of painting on closed eyelids. Simmons has photographed two fashion models after making them up to look like “Doll Girls” – young women who surgically enhance themselves to look like Barbies. All of the photographs in the exhibition were made in a small abandoned brick house in Connecticut, where the family who lived before had “painted the rooms in exotic colors and made little drawings on the wall, creating a space that feels like an overgrown version of the dollhouses I’ve used in the past,” Simmons notes.  Her photographs, in turn, explore the space between human and doll, animate and inanimate, 2-D and 3-D, human relationships to one another and with ourselves.

KIGURUMI, DOLLERS AND HOW WE SEE will remain on view at Salon 94 Bowery through April 28, 2014. 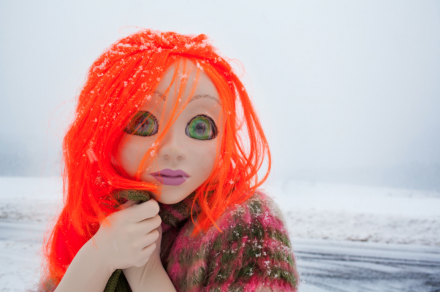 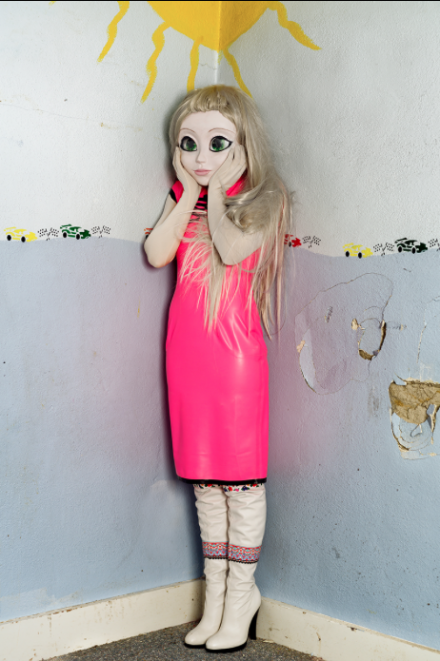 This entry was posted on Monday, April 14th, 2014 at 12:00 am and is filed under Art News. You can follow any responses to this entry through the RSS 2.0 feed. You can leave a response, or trackback from your own site.