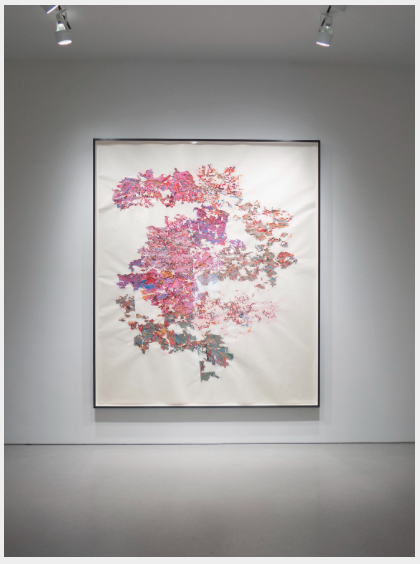 On view at Sperone Westwater in New York, NY is an exhibition of new works by Argentinean painter Guillermo Kuitca, featuring large scale works with a concept of fragmentation and fractured forms, including a painted, room-like structure visitors can pass freely in and out of. The exhibition will continue through June 21st, 2014. 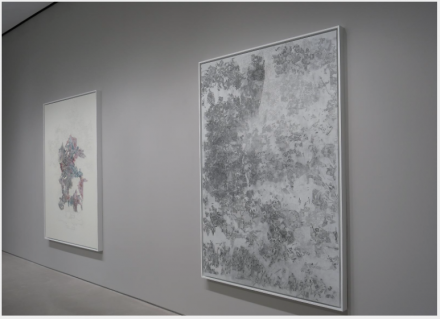 Guillermo Kuitca, This Way (Installation View)Kuitca often incorporates architectural forms, topography, and theater imagery in his work, inspired by plays, literature and music, maps, and floorplans. He is interested in “identifying borders and notions of ‘place’ as the changing product of human invention,” and using map images “to get lost…not to get oriented.” His new paintings feature dynamic rhythms, cartography, and fragmentation, using geometric shapes to paint beyond the borders of the canvas an into a three dimensional room-like structure (Untitled, 2014).  In a similar direction, Untitled, 2013 is a large collage composed of paper fragments scattered across the surface to create an unreadable formation. The techniques he has used to create the collage refer back to his earlier theater and opera house collages, and the content is reminiscent of his paintings of fragmented road maps. However, the difference in these works is the absence of place names or any orientation aids. 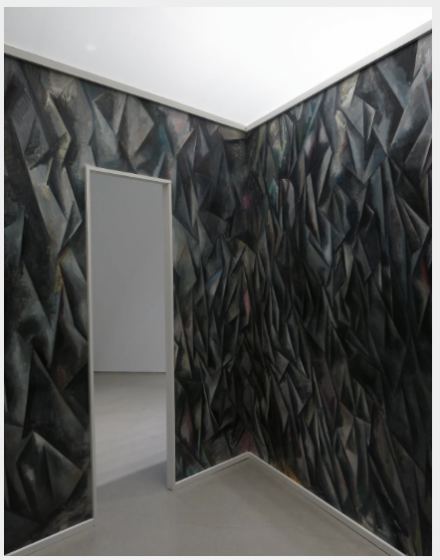 Desperación y Aislamiento (Despair and Isolation), 2012, is a painting presenting the irony of common presentation of works in galleries and museums. The work itself lists the caption information, listing artist, title, year and technique, and lines span across the painting’s geometrical structure like roads – the recognizable information being the “caption” in the otherwise reference-less work.  Using the artistic description as an architecture of its own, Kuitca brings new focus to the institution of the gallery as an aesthetic participant as much as a commercial or historical one. 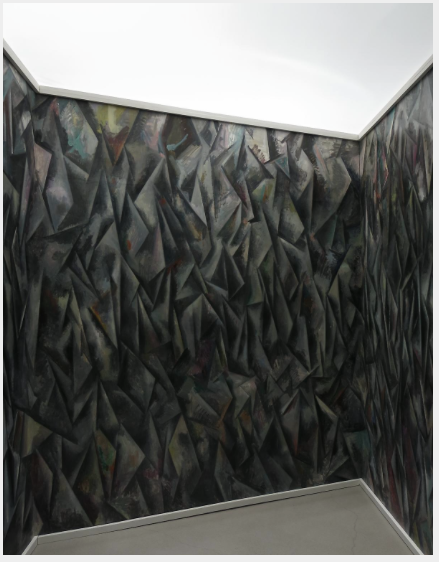 In July 2014, a major retrospective, Guillermo Kuitca: Philosophy for Princesses, will open at the Pinacoteca do Estado de São Paulo, consisting of 50 works from 1980-2013, making it the largest presentation of Kuitca’s career to date.

The exhibition at Sperone Westwater will continue through June 21, 2014. 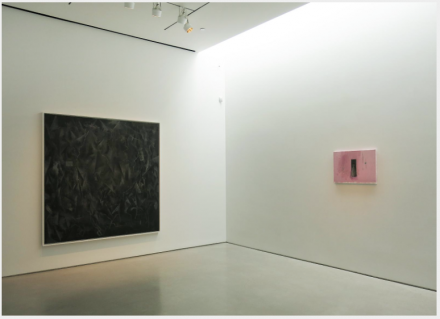 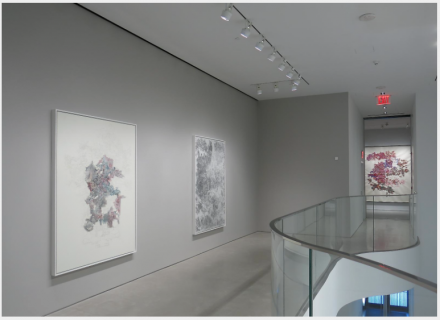 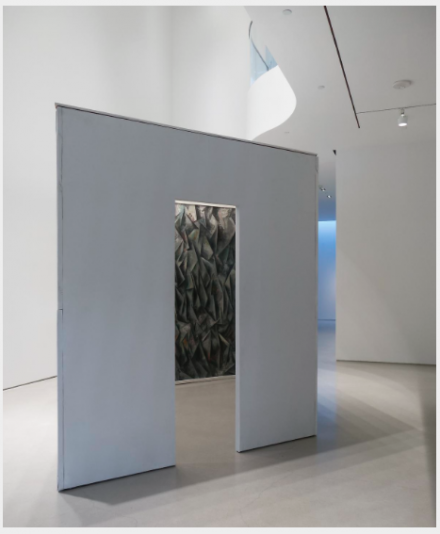 This entry was posted on Wednesday, June 18th, 2014 at 12:00 am and is filed under Art News. You can follow any responses to this entry through the RSS 2.0 feed. You can leave a response, or trackback from your own site.