February 24th, 2021
REFERENCE LIBRARY
Home » New York – Larry Clark: “they thought i were but i aren’t anymore” at Luhring Augustine Through August 1st, 2014

New York – Larry Clark: “they thought i were but i aren’t anymore” at Luhring Augustine Through August 1st, 2014 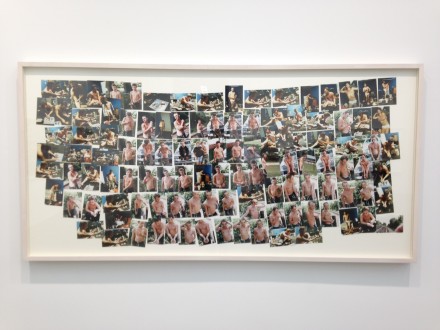 Larry Clark, Knoxville (homage to Brad Renfro) (2011) all images via Osman Can Yerebakan

Currently on view at Luhring Augustine is a career spanning exhibition of Larry Clark, one of the most vocal representatives of the American youth since the early 60’s. Tulsa, the inspiration and the namesake of his infamous photography book, is where Clark began experimenting with photography at an early age with his mother’s camera, using his circle of friends as his object of interest.  Clark started to document the suburban lifestyle through the lens of a generation engaged with drug use, underage sex and violence. Adding further weight to the already graphic nature of his subject matter, the rawness and the honesty of Clark’s perspective as an insider’s point of view has marked him as one of the foremost voices in American photography. 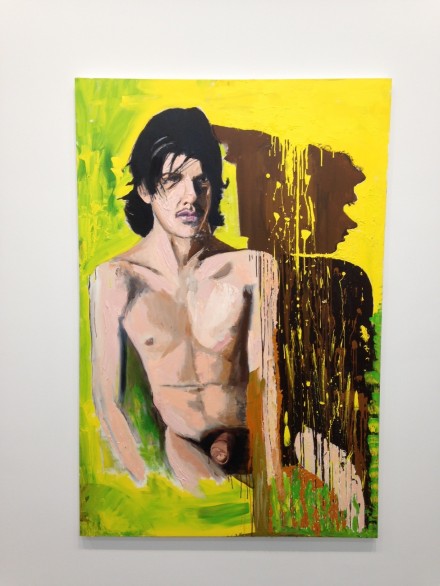 The selection of works on view at the gallery’s Chelsea location is composed of Clark’s works in a wide range of medium since the start of his career. For an artist mostly known for his cinematic and photographic works, the paintings and collages installed here build a remarkably significant part of the exhibition. The Jonathan series, a trio of paintings from 2014, juxtapose a young man posing nude in front of variously colored backgrounds with homoerotic undertones. Tying strong connections with Clark’s photographs of young nudes from decades ago, the paintings deliver the artist’s interpretation of the current generation, commonly referred as Generation Z, through strong brushstrokes and sharp gestures. 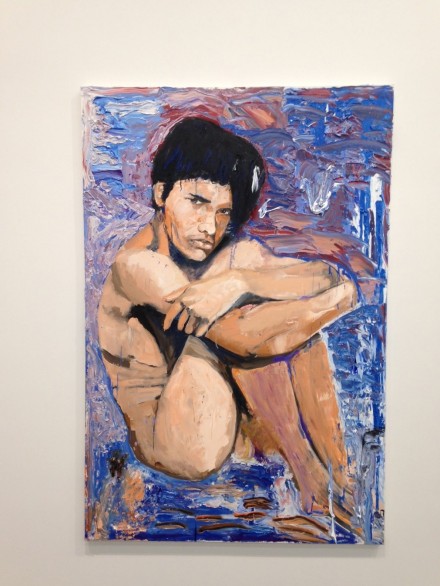 A range of photographs brought together in large-scale collages narrate similar stories as Clark’s cinematic achievements such as Kids, Ken Park or Bully.  Candid tales of desolate youngsters under the influence of drugs and violence are transferred with honesty and affinity. Knoxville (homage to Brad Renfro), one of the most impressive of these collages, depicts the story of a young addict through multiple shots composed together in the form of the American flag. 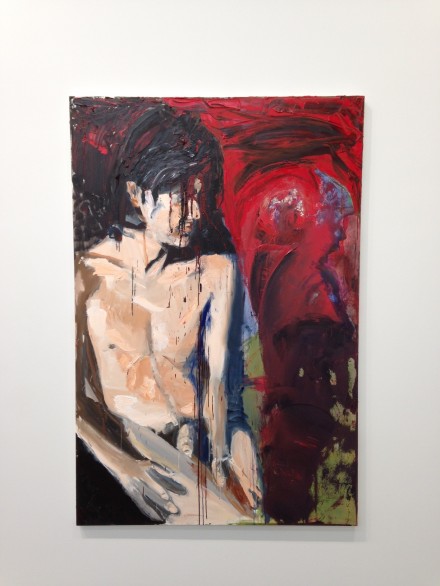 Intriguing as the artist’s reflections on the contemporary youth, Clark’s collages such as I want a baby before u die or Self portrait with tan… ode to the commonly untold or dismissed stories of the new generation from the heart of America through ephemera, personal objects and, most strikingly, blood.  Standing out from 1961 among his current works, the artist’s black and white photographs of his friends Johnny Bridges and Billy Mann from his photography book Tulsa deliver the origins of his signature style, revealing traces of stories from generations ago.

Larry Clark: they thought i were but i aren’t anymore is on view at Luhring Augustine through August 1, 2014. 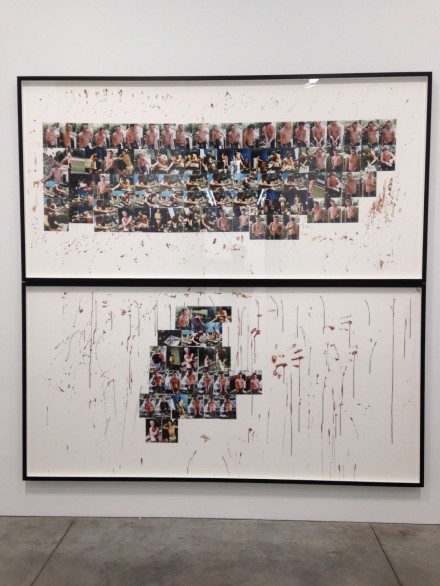 This entry was posted on Thursday, July 17th, 2014 at 12:00 am and is filed under AO On Site. You can follow any responses to this entry through the RSS 2.0 feed. You can leave a response, or trackback from your own site.