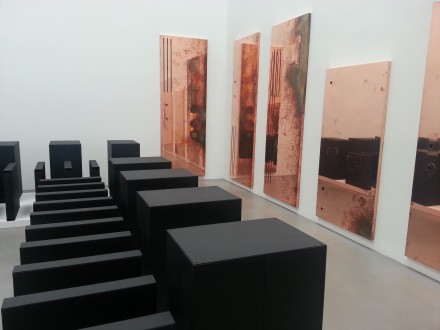 Following Petzel Gallery’s open invitation for Walead Beshty to curate its summer group exhibition, the Chelsea space is presenting his first solo show with the gallery, titled Performance Under Working Conditions. Examining modes of work and the kinetic, human element of labor, the exhibition uses minimal, repeated actions to underline the interaction of human and non-human agents. 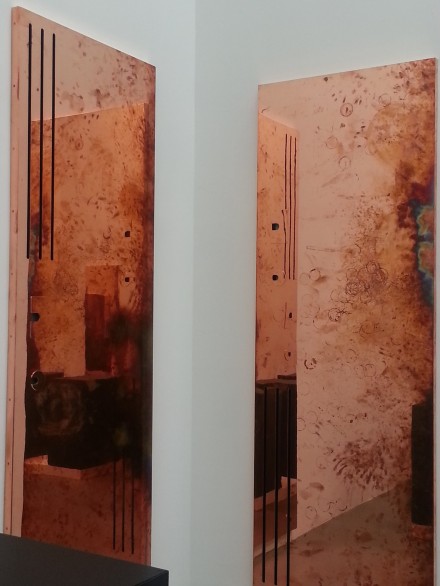 For this exhibition, Beshty installed polished raw copper sculptures, built exactly to the dimensions of the gallery’s working surfaces. Acting as the surfaces for the gallery desks during the duration of his summer exhibition A Machinery For Living, the highly reactive copper surfaces were inevitably tarnished as the staff used them throughout the summer, showing the wear that occurs to the material over a period of time. Beshty purposely used a highly reflective copper surface that would easily tarnish and rapidly show the effects of use, marked by human sweat and skin oils, coffee mugs, and other general wear and tear. 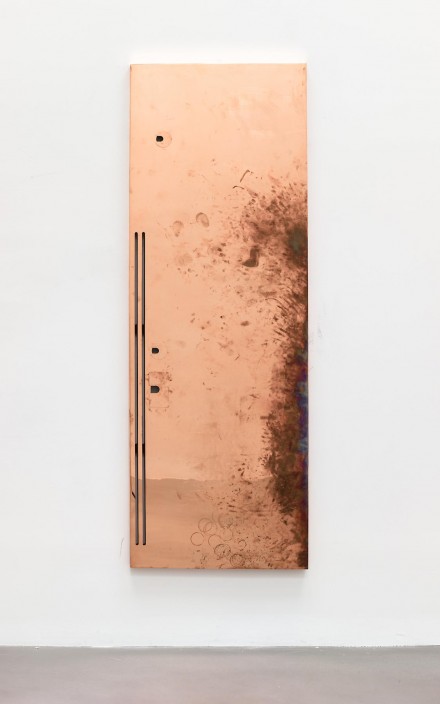 These copper panels are now installed as artworks on the walls of the gallery – a representation of the time and efforts spent by the staff of the gallery in which they are hung. The panels are thus meant to be a symbol of how function changes the meaning of work and an exploration of how purpose changes artworks over time.  Turned on their sides, their roles have shifted from an active platform for working into a testament to the work itself.  Using the interface as a recording mechanism, Beshty challenges perceptions of labor as a static, abstract process, and shows its real, physical remains. 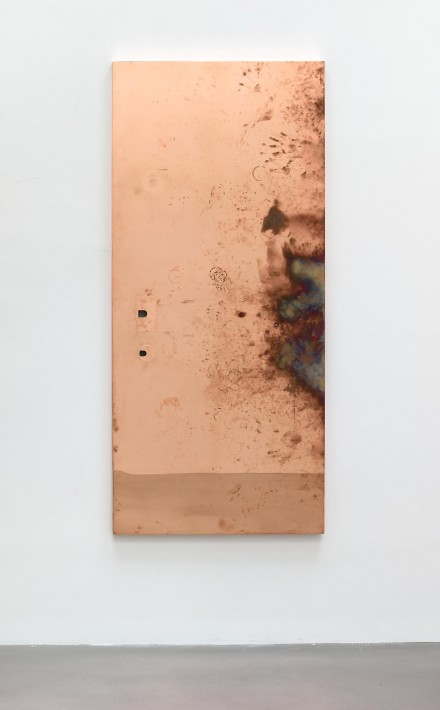 Alongside these copper plates, the actual desk structures themselves are also included in the show, underscoring not only the physical architectures that dictate work at Petzel, but also the degree of abstraction present in the act of turning the desks into works themselves.  Stripped of their utilitarian potential, the supports now stand as minimalist structures, encouraging a new system of analysis driven by their lack of immediate potential. 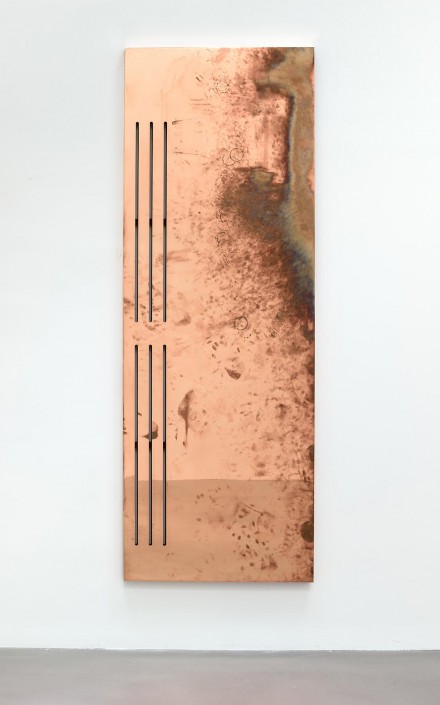 Walead Beshty is an artist and writer living and working in Los Angeles. He will present his first solo show in a UK Museum at the Barbican Centre in London this fall, entitled Walead Beshty, A Partial Disassembling of an Invention Without a Future: Helter-Skelter and Random Notes in Which the Pulleys and Cogwheels Are Lying Around at Random All Over the Workbench.

Performances Under Working Conditions opened on September 4th and will remain on view at Petzel Gallery in New York through October 4, 2014.

This entry was posted on Tuesday, September 30th, 2014 at 12:00 am and is filed under Art News. You can follow any responses to this entry through the RSS 2.0 feed. You can leave a response, or trackback from your own site.