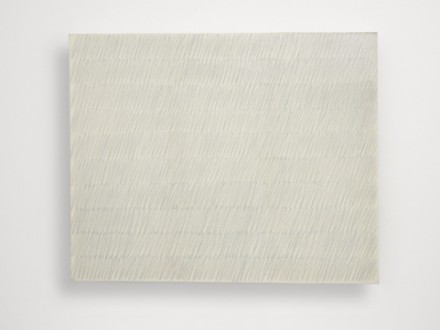 Considered one of the leading figures in contemporary Korean art, White Cube’s Mason’s Yard is currently presenting the work of Park Seo-Bo in his first solo show in the UK.  Best known for his Ecriture series of paintings, which he began in the late 1960s, the artist’s work in the series has allowed for his body, mind and creative process to merge together to form works that fully breathe out into space and time.  This exhibition traces the origins of these works, featuring 16 paintings made between 1967–81.

In 1961, Park began delving into spiritual theologies, examining Taoist and Buddhist philosophy as well as the Korean tradition of calligraphy. This focus was shared by his contemporaries and together they loosely formed what is known as the Korean Monochrome Movement, or Dansaekhwa. 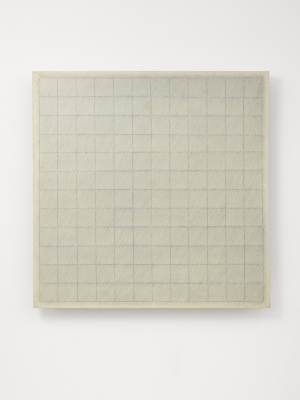 In Park’s Ecriture paintings, the artist removes gesture in order to focus on continuity, using his pencil as a marking tool against the painting’s monochrome surface.  The works are created in a single sitting in order encourage a sense of forced fluidity in his work, while still reflecting a sense of immediacy and totality.  There is a subtle movement in the works, allowing viewers to experience a sense of calm while feeling strength in the time and space of both the viewing space and the canvas itself. 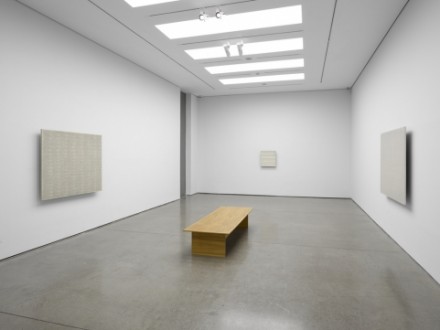 From a distance, these paintings appear to be blank or empty, with Park’s slight gestures of pencile against the canvas offering a momentary distraction from the powerful, yet subdued color fields.  The white in his work is representative of sunlight, as is a common theme represented in Korean culture.  Park’s calligraphic marks, in turn, reflect his interest in reaching a sense of ‘pure emptiness,’ a sense of general distance and a longing to satisfy the light while gradually pulling the surface of the canvas away from it with repeating marks.  Park’s works show a stark stillness from afar, while often revealing delicate details that gently liven each work as viewers take a closer look.

Working with his Ecriture series for almost 15 years, Park came to understand the air, space and sensations of independence and solitude one feels when reflecting in meditative states.  These works are meditative in their execution, and allow Park to mark his fluid subtitles on a page as a way of extracting chaos from his body and transforming it into a soft palette, a space for the artist to find repose in his own repetitive, focused actions.

Park Seo-Bo’s exhibition will be on view at White Cube Mason’s Yard until March 12th, 2016. 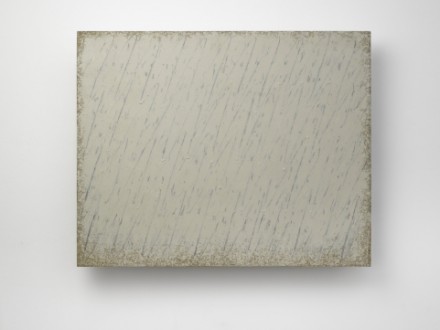 This entry was posted on Friday, February 12th, 2016 at 10:44 am and is filed under Art News, Featured Post, Galleries, Show. You can follow any responses to this entry through the RSS 2.0 feed. You can leave a response, or trackback from your own site.