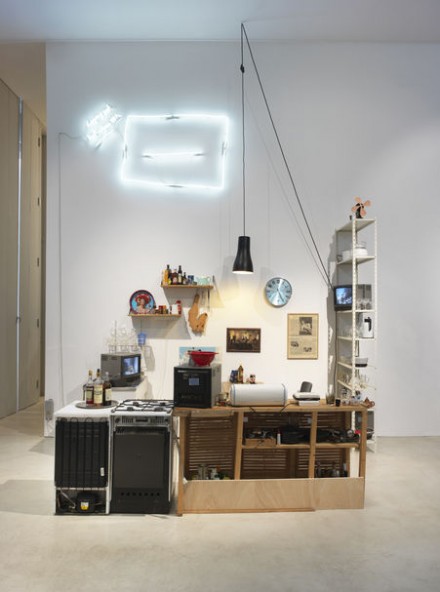 The work of Christian Jankowski involves various social and artistic practices, a comingling of actions in which the visual product is often only a single aspect of the larger work.  Randomly encountered bystanders become co-conspirators in his spectacle, often interrogating modes of modern communication and interaction.   Timed to coincide with the Berlin Film Festival, the Berlinale 2016, the first-time collaboration between the gallery and Berlin-based Jankowski, the exhibition is presented as a retrospective and features predominantly cinematic work produced by the artist.

The exhibition is organized into three parts: a cinema, in which films made between the years of 1992-2005 will run, a gallery space containing film sets and sculptural works, and an area for TV viewing with remote controls for viewers to select pieces to watch. The work on view develops and explains the processes through which these pieces were created.  Many of these narratives interrogate the place of film in society, framed as spontaneous interviews with people leaving a movie theater or waiting outside an Italian movie studio in the hopes of finding work on the set of a production.

As the press release for Retrospektive states, Jankoski’s new exhibition was conceived with the intent to ‘experimentally’ fill the role of curator.  Jankowski selected German actress Nina Hoss, who was completely unfamiliar with the artist and the work of a curator.  The product of this interaction (and reportedly a number of all night viewing sessions), is strong, yet somewhat subjective selection of the artist’s work, often directly incorporating the wry sense of humor that comes through unmistakably in each of his projects.

This type of slapstick humor comes through quite clearly in Retrospektive. Puppet Conference (2003), for example, features many familiar television puppets (including Fozzie Bear and Grover from the beloved Sesame Street) taking part in a panel discussion on Puppets in the Media.  The dialogue was taken from interviews Jankowski held with producers of the children’s television shows that feature these puppets.  In Heavy Weight History, a photo series of Polish weighlifters lifting bronze historical monuments, this sense of humor is turned towards an especially poignant series of historical contexts, reflected through real physical exertion.

A defining feature of Jankowksi’s work is collaboration between impartial actors and the unpredictability of an outcome that results from this formula. There is equal emphasis on the process of creating the work and the work itself, whether that work is photography, sculpture, painting, or video installation. 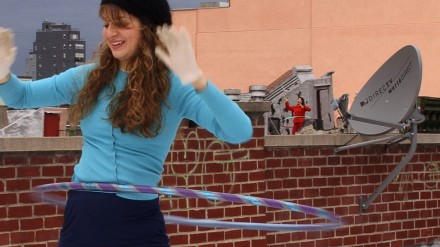 Despite the title of this exhibition, the “art world’s court jester”, as The Guardian describes him, remains far from the end of his animated career. Bringing together chance encounter and rigorous inquiry into the limits between art and non-art, Jankowski will remain a significant voice testifying to the amazing potential of comedy for fine art

This entry was posted on Saturday, March 5th, 2016 at 3:14 pm and is filed under Art News, Featured Post, Show. You can follow any responses to this entry through the RSS 2.0 feed. You can leave a response, or trackback from your own site.