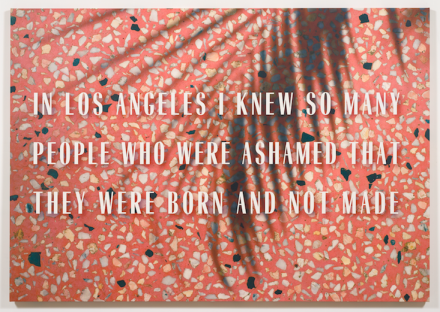 Marking one of the art world’s more unique collaborations in recent years, Alex Israel has partnered with writer Brett Easton Ellis to create a series of large-scale acrylic and ink canvases, reveling in the unique iconography and landscapes of Los Angeles.  The show, which opened earlier this Winter at Gagosian’s Beverly Hills location, combines Ellis’s distinctively modern texts with Israel’s particular blend of pop-influenced wit, here manifested in sprawling scenes from the varying spheres and vistas of Los Angeles’s shifting landscape. 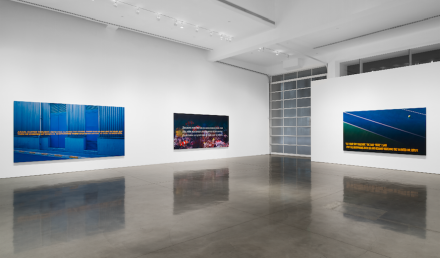 For anyone following the pair’s work, the collaboration is a fitting one.  Both Ellis and Israel have enjoyed mingling in the celebrity culture that pervades the social circles of L.A., and in one interview with the Guardian, discuss a shared passion for spending time at shopping malls, people watching and sketching new ideas.  Their shared fascination with the modes of cultural production and reception are here transposed into a series of works bearing more resemblance to an aesthetically tight billboard advertisement, rather than a work of art.  True to form, one of their works, bearing the slogan “If You Don’t Like Me Unfollow Me,” currently hangs above the Sunset Strip, mining the space between pop message systems and the perceptual dissonance of pop art. 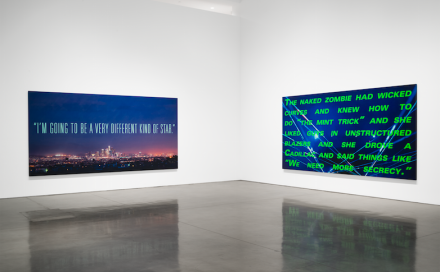 Los Angeles often seems to disappear into its own mythology, its own citizens and lifestyle often eclipsed by the hanging haze of car exhaust and the glimmering light of the Pacific sunset.  Much in the same way, the pair’s works pose the city’s citizens and ways of living against the monolithic images of the city skyline.  The works here play on the picturesque, casting the city’s immediately recognizable landmarks, flora and color palettes as the backdrop for Ellis’s texts, fragments of dialogue and psychological asides from a cast of characters that can only be described as stereotypically Californian.  Meditations on stardom, traffic and idealism collide with images of palm trees and sunny vistas, the contours of the Pacific Palisades, or the winding pathways of Venice Beach.  The final product is jagged and confounding by design, negotiating the city’s scenes through the harried mental landscapes of its citizens. 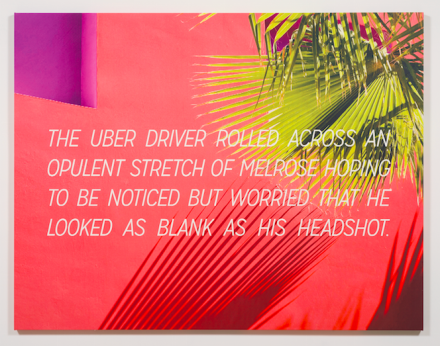 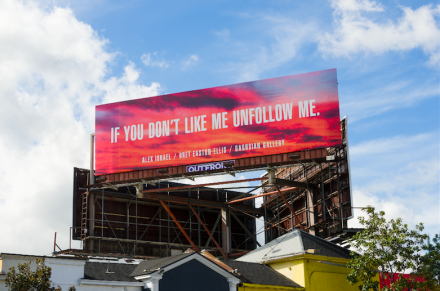 The lineage of the city’s great writers over the last century (Fante, Bradbury, Bukowski, and Ellis among them) underscores a certain mixture of populist dread and the abstraction caused by the city’s winding highways and vast variations in cultural orientation.  Yet rarely have these texts been applied in conjunction with the imagery that often backdrops these stories.  It takes Israel’s own artistic eye to lend Ellis’s text that additional lifeblood, making the disaffected tones and unfounded ambitions of the writer’s unseen characters all the more real, and all the more disconnected from a reality outside the city limits.

The exhibition closes on April 23rd. 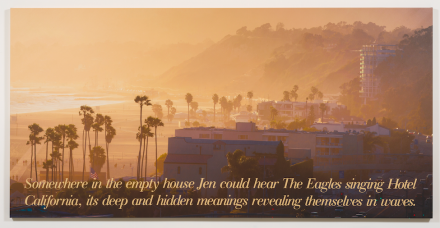 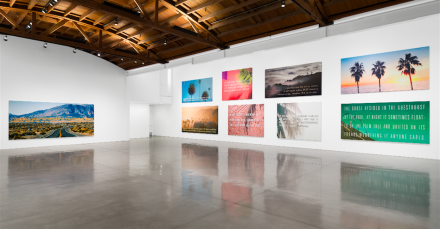 This entry was posted on Thursday, April 21st, 2016 at 12:28 am and is filed under Art News, Featured Post, Show. You can follow any responses to this entry through the RSS 2.0 feed. You can leave a response, or trackback from your own site.