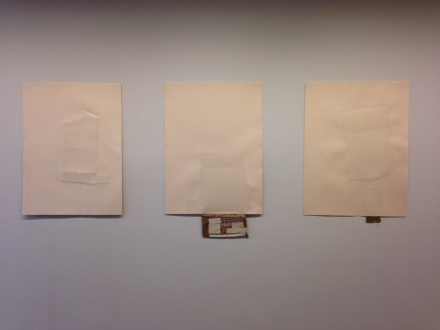 Currently on view at Luxembourg and Dayan, the group exhibition In The Making seeks to shed light on the often overlooked, yet crucial creative dialogue between the artist and their assistant or assistants in the studio.  Organized by Tamar Margalit, the exhibition, which runs through April 16th, unfolds in a manner similar to a family tree, connecting infamous or remote dots in New York art scene after the 1950’s through shared studio spaces, practices, and the informal education process that often occurs in the relationship between artist and their hired team. 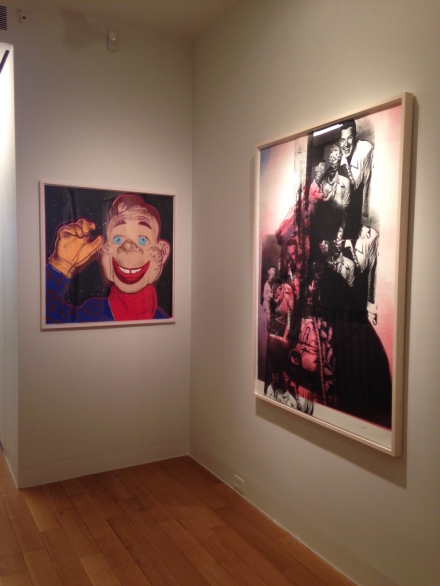 In the Making (Installation View)

Illuminating productive collaborations between the mentoring artist and their apprentices, the ambitious exhibition pairs works by artists and their former assistants, who would later claimed their own shares of artistic achievements. Andy Warhol sits alongside George Condo, Cindy Sherman pairs with Margaret Lee, and Urs Fischer parallels the work of Darren Bader, to name only a few of the duos that fill the gallery’s three-floor townhouse. 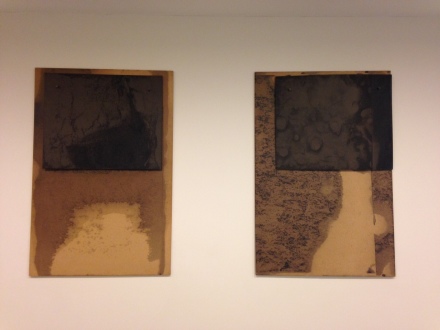 Dorothea Rockburne at In the Making (Installation View) 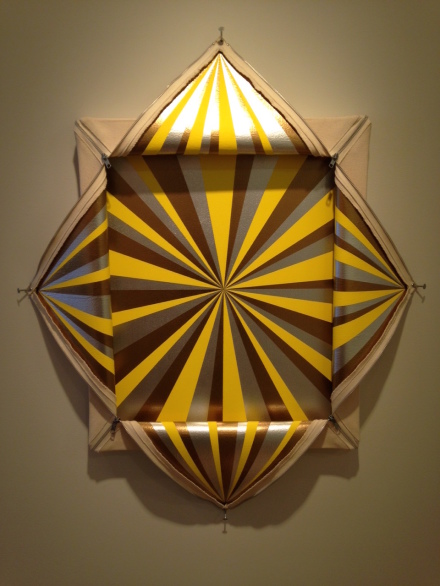 Investigating the fruitful, yet often arduous triangle between mentor, apprentice and studio space, the works on view contextualize the influential role that ripened artistic insight plays in molding successive generations’ creative endeavors, while emphasizing the work that the assistant enables through their contributed skills.  A resilient thread in art and humanities since Socrates, Plato and Aristotle, such dialogue between teacher and student has fostered intellectual and artistic progression over the course of mankind, resulting in various outcomes through which students pursued their teachers’ foresight or diverged from their designated paths.  While the Renaissance has often been associated with collaborations between masterful painters and their acolytes, working under close observation, this group exhibition affirms the influence of such exchange in the Post-War era art. 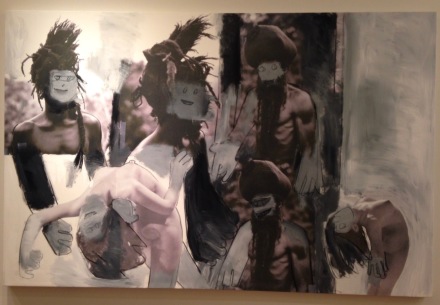 Television Silkscreen (Howdy Doody/Mr. Howell) by George Condo, who spent time at Andy Warhol’s infamous Factory as one of his printers, is hung next to his mentor’s silkscreen that employs the same subject matter. The influence of Robert Rauschenberg, meanwhile, on apprentices Brice Marden and Dorothea Rockburne stands explicit, yet, what claims this linkage as even more prominent is the participation of Carroll Dunham, who worked under Rockburne in turn for a period of time.  Stylistic and thematic conversations between Cindy Sherman and her one-time assistant Margaret Lee, or Robert Gober and Banks Violette not only prove the resilience of respective aesthetic traditions and artistic projects, but also stress the intertextual and referential nature of art making. 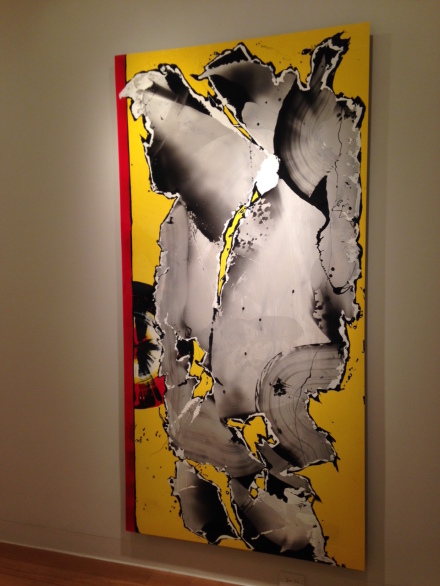 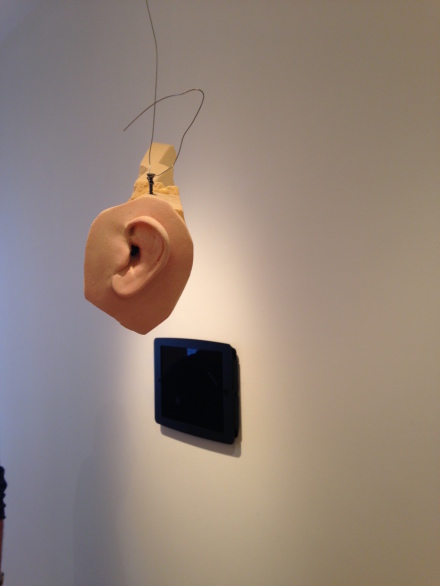 This entry was posted on Tuesday, April 5th, 2016 at 9:35 pm and is filed under Art News, Featured Post, Show. You can follow any responses to this entry through the RSS 2.0 feed. You can leave a response, or trackback from your own site.