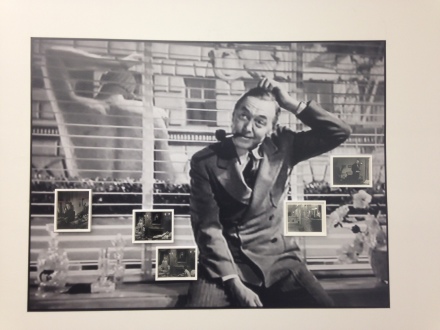 Mike Cooter, MacGuffin: some archetypes towards a definition (2016)

Swiss Institute’s Fade In: Int. Art Gallery-Day is a group exhibition featuring an ambitious array of contemporary artists, including Cindy Sherman, Allan McCollum, Christian Marclay, Dora Budor and Jamian Juliano-Villani, interpreting the ubiquitous relationship of moving images to the field of visual art. Comprised mostly of commissioned works, the exhibition transforms the gallery’s spacious interior into a vigorous stage, expanding outwards from the gallery entrance towards a deep corner of the storage room on the lower level. 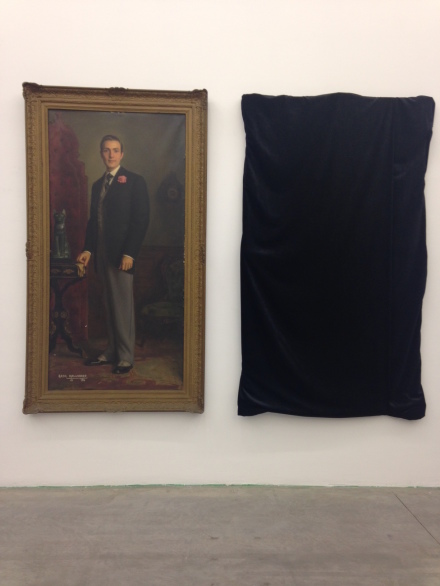 Dissecting the various associations films have built both within and alongside contemporary art, particularly in terms of stereotypical assumptions of artworks as artifacts and artists as eccentric personas, the works on view articulate the moving image’s interrelation with fine arts since its emergence in the late 19th century as an alternative to the still image. While the exhibition omits any contextual hierarchy in terms of genre, and spans from classic Hollywood to fringe formats like pornography or soap operas, each work maintains a humorous and witty approach to both film and the arts, rendering a diverse and ever-changing dialogue between the two.  From depictions of stereotyped, neurotic artists in their clustered studios, surrounded by abstract paintings, to crime thrillers in which skilled burglars compete to steal the most valuable works of art, various patterns of ideological and visual touchstones serve as source material for the artists exhibited here. 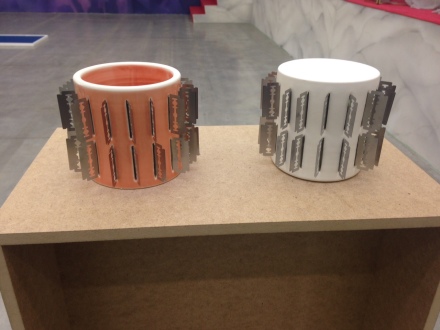 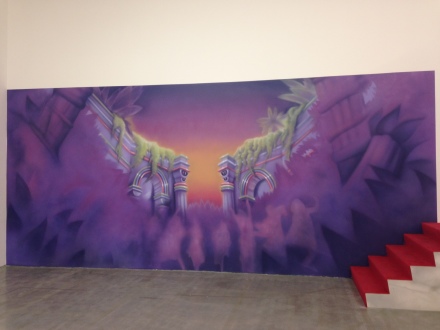 In one corner of the gallery, Allan McCollum mines the black and white archives of the ‘50s TV series Twilight Zone to grab every landscape painting used as backdrop throughout the show’s decade long run, later digitally blowing these paintings up to turn them into densely pixelated abstract images, while William Leavitt, who built sets for Hollywood for many years, constructs a detailed interior of an unrealized film script that he had penned himself, conveying the aura of an L.A. apartment at the gallery entrance. 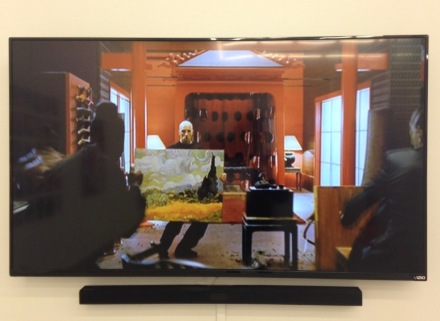 Christian Marclay, Made To Be Destroyed (2016)

Other artists embrace a more tongue-in-cheek style as regards their subject matter, chiefly Cindy Sherman’s The Evil Twin, in which the artist pairs the painting used as the focal prop in 1945 film adaption of The Picture of Dorian Gray, with an equal sized painting she blanketed with a black shroud, while Danai Anesidaou’s Vesica Piscis: Down with all States. Down with all Churches. Long live this Painter sarcastically fuses together three fictional artworks intended or created by artist characters in three films, Pasolini’s Teorema, Cassavettes’ Minnie & Moskowitz and Rohmer’s 4 Adventures of Reinette and Mirabelle, in a compact, mixed media form. 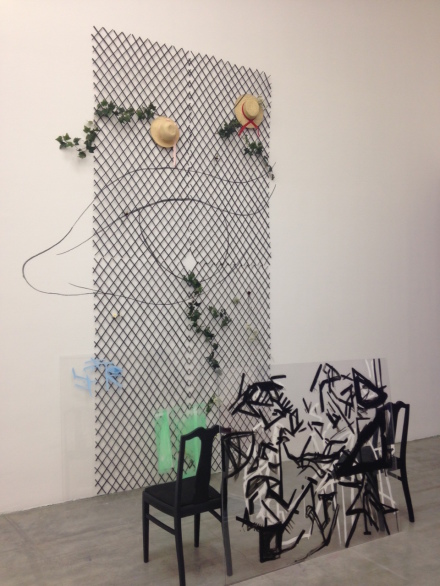 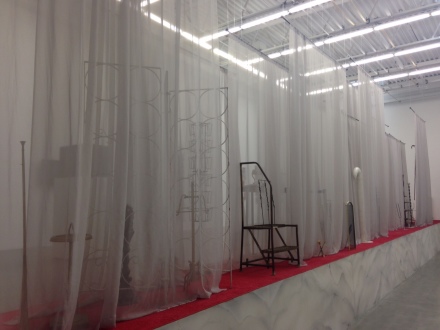 This entry was posted on Friday, May 13th, 2016 at 12:00 am and is filed under Art News, Featured Post, Show. You can follow any responses to this entry through the RSS 2.0 feed. You can leave a response, or trackback from your own site.