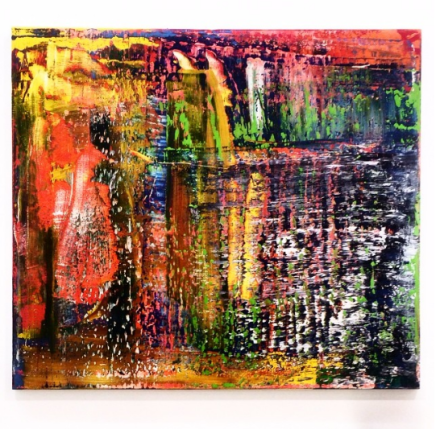 Gerhard Richter has returned to New York City this month, opening a diverse exhibition of new works at Marian Goodman Gallery, including a continuation of his Abstraktes Bild and Aladin series, alongside a new group of abstract drawings. 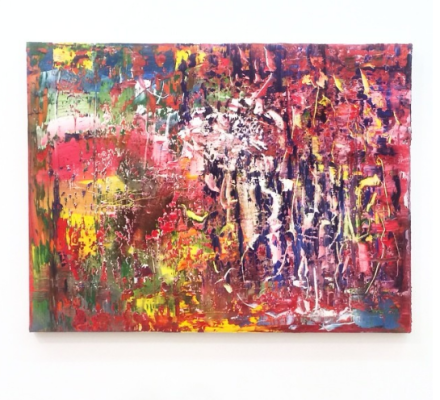 The show breaks what could be considered something of a lull in the artist’s painterly practice, capping a reflective period in which the artist returned to many of his previous works through digital manipulation and reinterpretation.  Gone are his dizzying Strips pieces and folded tapestries, replaced with new paintings and formal inventions, including the reprised Aladin series, in which the artist manipulates wet paint through movements of a plexiglass panel, leaving smears and slurs of paint that often spill over into investigations of the materials themselves.  Similarly, his ongoing Abstraktes Bild pieces return the artist’s familiar scraper marks to the foreground, reinvigorated here with a brilliantly diverse color palette and emphatic interplay between brushstroke and attacks of the scraper. 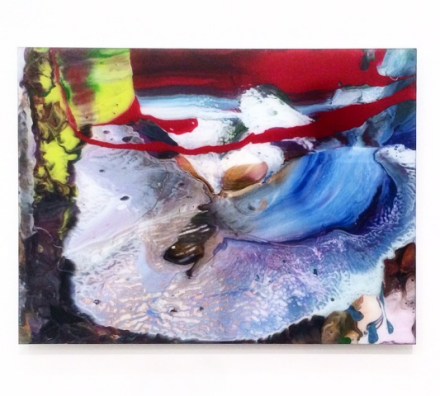 Elsewhere, the artist’s investigations into the image take on more concrete properties.  One room exhibits a series of repainted photographs, scenic shots of lakes, art galleries, and other spaces, coated over with intuitive gestures and marks that often lend a fragmented quality to the works.  In one work, 7. Dez. 2014, the artist has painted a blurry mountain range atop a lakeshore, doubling the horizon line in a manner that forces a teetering perspectival emphasis between paint and photo. 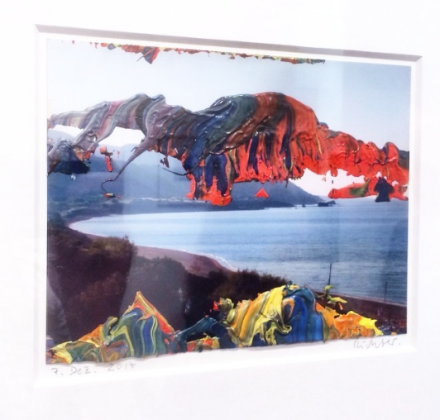 Yet the show’s drawing works are the understated surprise of the exhibition, a series of graphite washes that bear a series of bolder markings over the surface, creating geometric patterns, wandering lines and ghostly figures.  The pieces feel indebted to varied histories of 20th Century drawing from work to work, as if Richter’s exploration of the line on paper was as much about the hand tracing it as it is the final image created.  The vivid interplay of intensities throughout this series is an impressive exercise in the concentration of Richter’s work to a particularly condensed, carefully honed version. 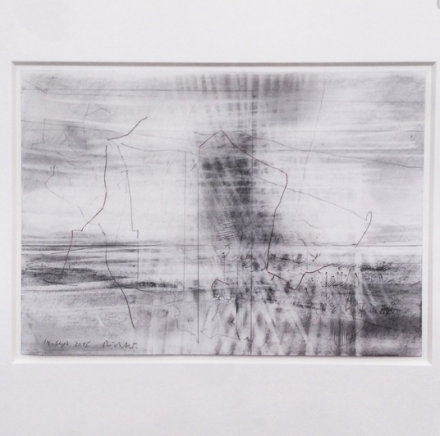 It’s a testament to Richter’s raw brilliance and commitment to his craft that even after fifty years of painting, his works could continue to feel so fresh and remarkably inventive, even while continuing to work in formats and conditions that have defined much of his career.  At Marian Goodman, the artist’s explosive energy and conceptual rigor is in full view, constantly reaffirming his interests not merely in the expressive capacities of the artist’s hand in connection with its materials, but equally with the structures and supports of the art form itself.

The exhibition closes on June 25th. 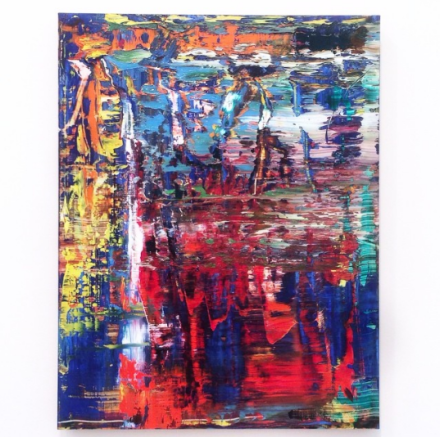 This entry was posted on Wednesday, May 25th, 2016 at 11:00 pm and is filed under Art News, Featured Post, Show. You can follow any responses to this entry through the RSS 2.0 feed. You can leave a response, or trackback from your own site.