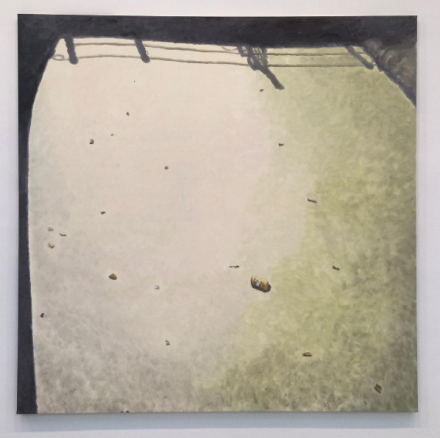 Luc Tuymans works at the tenuous grasp of the image on reality, exploiting momentary glimmers, flashes of light, and seconds of spatial repose, all executed through his signature, muted color palette in an attempt to delve even deeper into the slight seconds that constitute his subject matter.  Here, at his new show with David Zwirner, the artist has turned towards themes of decay and isolation, lending his already staid pieces an increased degree of melancholy. 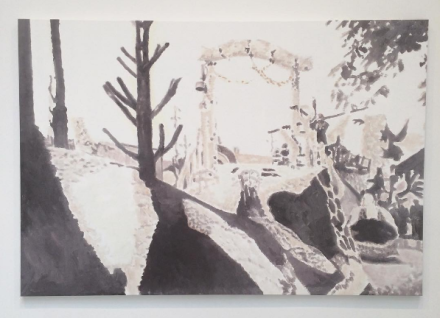 The show consists of just nine paintings, but these few canvases offer more than their fair share in terms of depth, intricacy, and invention.  Utilizing his skill as both a painter and conceptual operator, Tuymans’s pieces suspend reality while the arts works exactingly through it.  In one piece, Model, Tuymans explores a single beam of light as it strikes a curving piece of furniture (its scale and shading making it difficult to identify).  The careful attention to the object’s contours and curves, and the glowing haze Tuymans executes around its frame lends the work an almost entrancing quality, sliding in or out of the shadowy background. 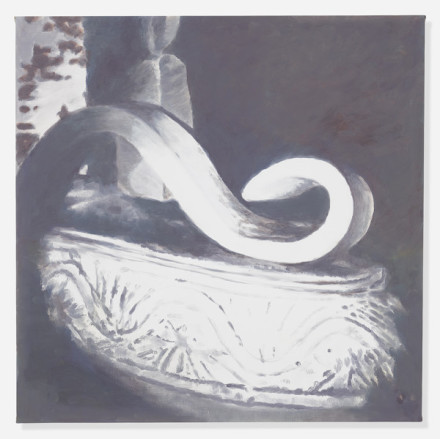 Elsewhere, the artist takes a more personal turn.  His Corso series replicates a series of photographs taken by his father at the annual Zundert Flower Parade when he was a child, melded together with a series of archival photographs from the same era.  The use of these exterior prosthetic devices to supplement the artist’s own memory plays against their occasionally disjointed nature, as if Tuymans’s negotiation of multiple fragments of the past, both his own internally constructed memories and the more concrete evidence left behind by others, were obliged to present themselves.  In several pieces, parade floats seem to surge forth from a dusty street, almost sliding out of alignment with the rest of the canvases’ lines of perspective.  Faded and abstracted, the forms here contend with the multiple models they are based on, refusing to fall into any one figurative container. 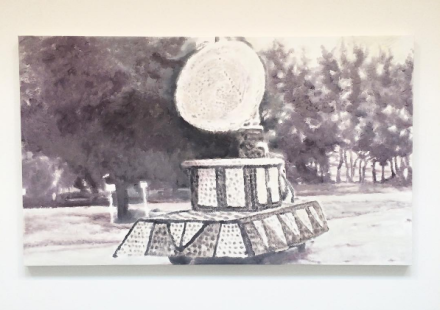 This sense of suspended action returns in a series of more spare compositions taken of the canals of the Dutch city of Ridderkerk.  Basing his work on polaroid images he himself captured at the canals, Tuymans places great emphasis on the empty spaces of his canvas, as gentle inflections of yellows and greens blur into each other, creating an impressive simulation of the smooth rolling waters, with express attention paid to the shadows of cars, lampposts and other objects passing along the canal, only represented by shadowy traces. 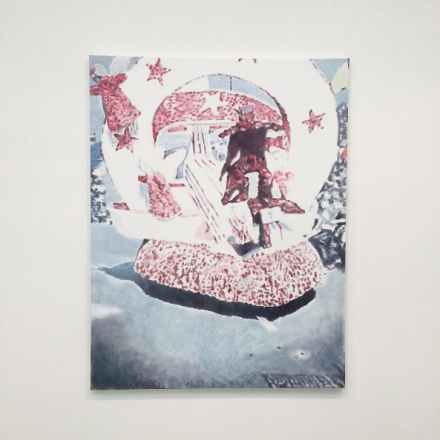 If Tuymans’s work can be summarized, the show continues his exploration not only of memory and image in their varied moments of interaction and reproduction, but equally in the play of light itself.  The gleam of light in the canal, or its complementary shadows, the flash of a single beam against a room, or the gray dusk his floats seem to pour out from each draw their strength from Tuymans’s careful attention to both his original scenes, their replication on photograph, and their  subsequent translation to canvas.  Each time, the relationship of light to image changes considerably, and the result seems to be a series of scenes that gradually fade, as if the past were glowing more faint all the time. 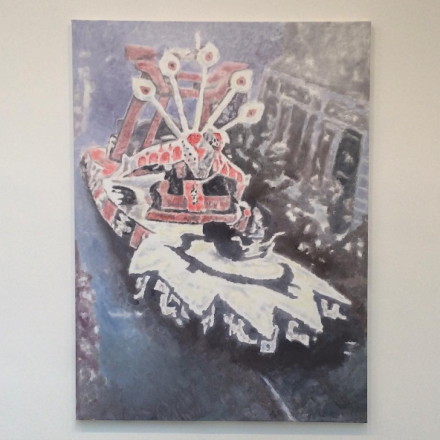 This entry was posted on Tuesday, May 24th, 2016 at 12:00 am and is filed under Art News, Featured Post, Show. You can follow any responses to this entry through the RSS 2.0 feed. You can leave a response, or trackback from your own site.