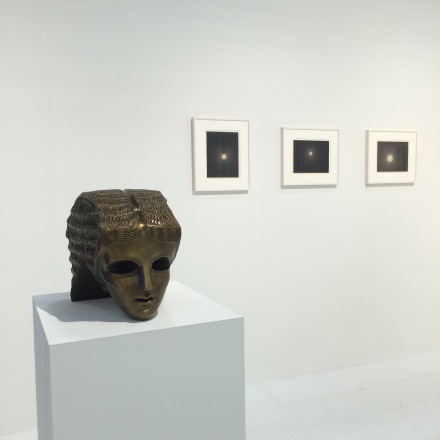 NADA has returned to its now familiar haunt at the Basketball City sports complex at Pier 36, continuing its more relaxed counterpoint to the proceedings at Frieze just a short ferry ride up the East River. The fair, which is now in its fifth year, has continued to pioneer its own take on early May’s bustling selection of shows and exhibitions, and continued its strong performance this year with a roster of 105 Galleries and a diverse selection of works on display. 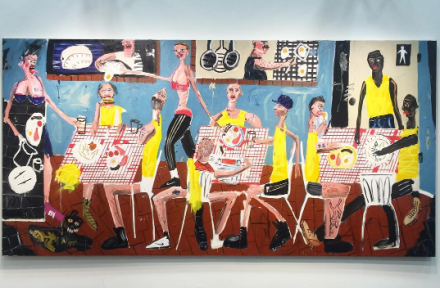 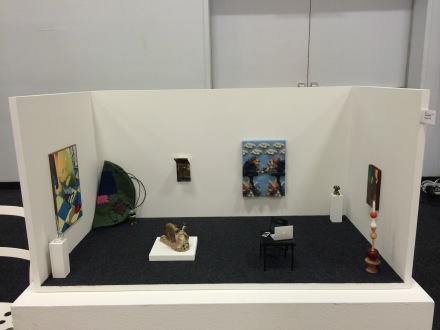 At the front of the space, Tyson Reeder’s specially designed basketballs had a place of prominence, yet the works also had a more utilitarian application, intended for the recently set-up outdoor basketball courts, where a three-on-three tournament had been scheduled, although the hazy weather does bode well for outdoor sports. 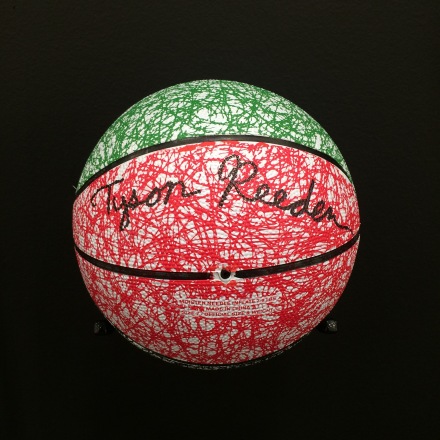 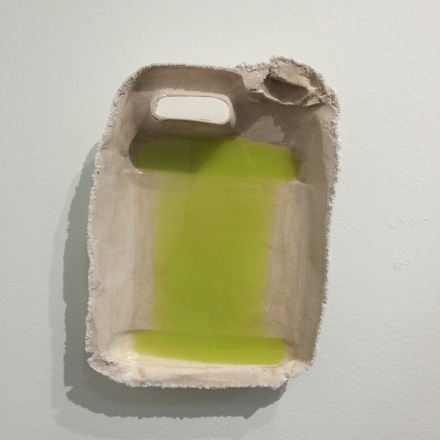 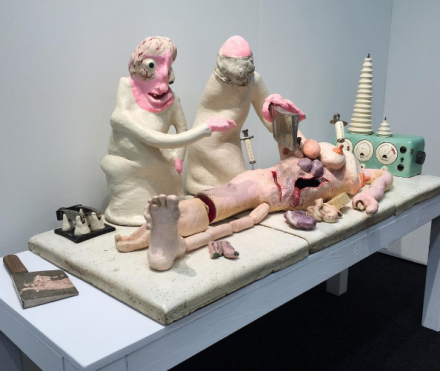 Clayton Dailey and Peter Saul at The Landing, via Art Observed

At the Landing Gallery, one could see a series of surreal and occasionally disturbing clay works by Peter Saul and Clayton Bailey, including a comically gory surgery scene, while artist Marlon Mullen had brought his signature take on the Artforum cover at Adams and Ollman, his cartoonish inversions both playful and cutting. By contrast, artist Orion Martin’s fluid, shifting canvases at Bodega utilized a meticulous hand and collaged subject matter to create a brand of abstraction that felt distinctly indebted to the work of James Rosenquist while pushing its own unique style of internationalized pop iconography. At Roberto Paradise, Caroline Wells Chandler was showing his own take on pop, with crocheted, wall-mounted pieces that blended cartoonish figuration with queered takes on the body and identity. 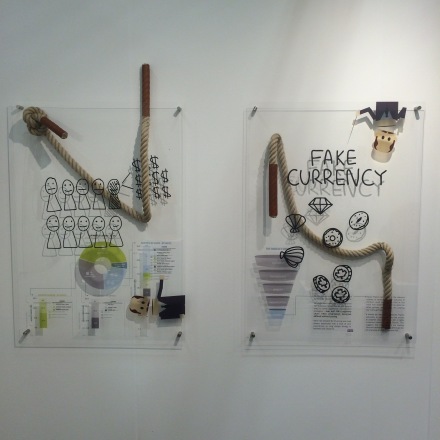 Timo Seber at Schmidt and Handrup, via Art Observed 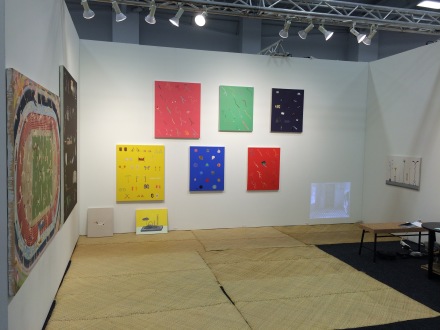 The miniature gallery project Water McBeer was also on site, presenting its own booth of works by Jamian Juliano-Villani, Cosmo DeBrie, and others, all at a fraction of their normal scale, while nearby, Cologne-based gallery Schmidt & Handrup was showing an enigmatic selection of pieces by Timo Seber, who had taken the iconography of digital micro-payments, business strategies, and visual environments from online video gaming platforms, and translated them into bizarre glass works and leather clothing.  At 11R, the gallery had tapped Sarah Peters and Marsha Cottrell, presenting a series of strangely compelling, Greek-influenced head sculptures and shadowy ink jet prints, respectively, which felt particularly refreshing considering some of the show’s more overwhelming and expansive pieces. 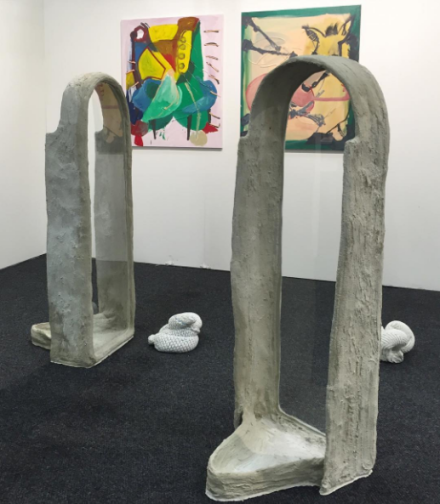 Brooklyn space Motel was also presenting a series of enigmatic works by Weston Lowe focused on the materiality of construction and design: aqua-resin casts of industrial materials, found drywall sculptures, and even a welded model of a large toolbox.  Nearby, Signal Gallery had brought a multi-media installation Rachel Rossin, in which a VR headset offered an expansive, illusory expanse of sky and abstracted figures to counter the narrow confines of the booth.  The piece, which allowed the viewer to activate the various figures’ animations by directing their attention at them, slowly folded in narratives of military violence and childlike wonder into an abstracted, overloaded space, placing it as one of the show’s more compelling pieces.  A similarly digital bent could be found across the hall at American Medium, where a series of pieces by Wickerham and Lomax, Ann Hirsch, and Brenna Murphy were on view.  Murphy was also presenting a virtual reality piece, in which the viewer navigated through a maze of colorful bars and glyphs. 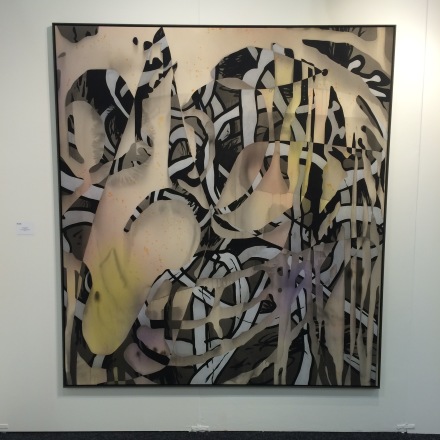 The fair’s colorful selections this year, and variation between studied digital compositions and more loosely flowing pieces, gave the overall offering a remarkably cohesive flow, a note that once again underlines NADA’s continued appeal in contrast to the immense scale of the fair uptown. 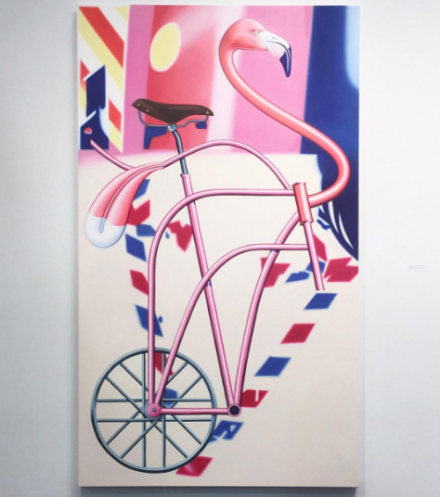 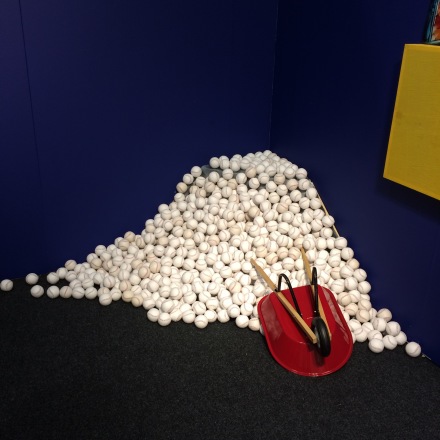 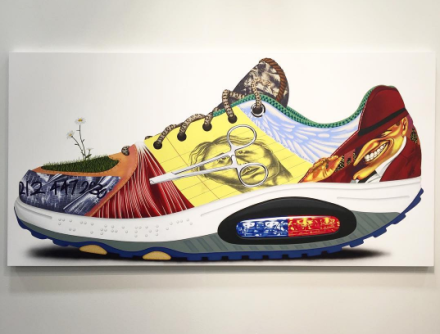 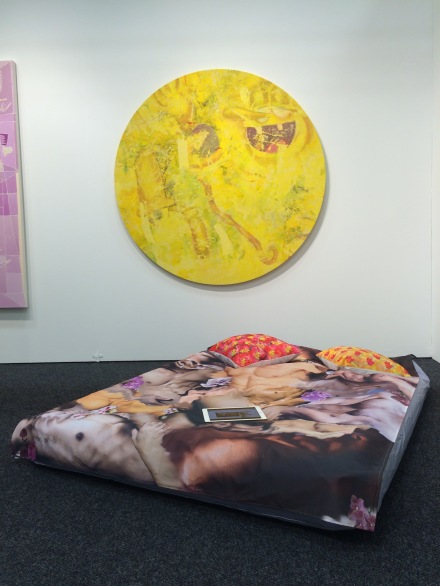 Jennifer Chan and Lucas Ajemian at LTD, via Art Observed 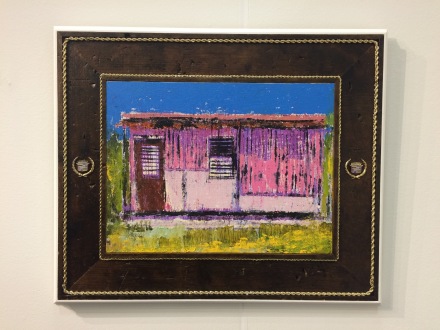 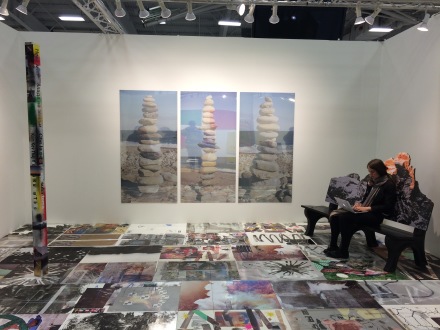 This entry was posted on Saturday, May 7th, 2016 at 5:06 pm and is filed under Art News, Featured Post, Show. You can follow any responses to this entry through the RSS 2.0 feed. You can leave a response, or trackback from your own site.