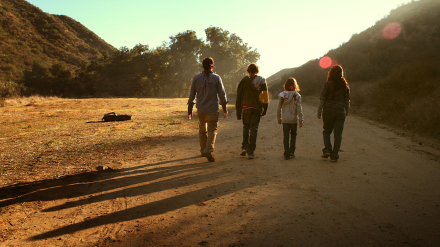 Offering a cinematic experience comprised of particularly constructed viewing rooms, Omer Fast’s inaugural exhibition at James Cohan saw the premier of the artist’s three most recent films for a New York audience. On view through this past weekend, the exhibition, which challenged the typical context of the theater, complicates notions of script and reality as well as of documentary and fiction.

Known for his distinct narrative techniques, in which the artist scrutinizes acting and “being” or remembering opposed to plotting, Fast introduces ambiguous visual affairs to his audience, raising questions about his characters’ agency and leaving many plots open-ended.  Found footage, news broadcasts, documentary and scripted film intersect in Fast’s meticulous editing, often demonstrating the fluidity between reality and falseness. Self-righteousness and individuals’ various accounts of the truth determine his enigmatic narratives for which he employs both actors and untrained amateurs. 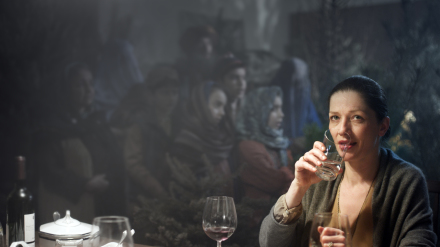 The first film on view, 5,000 Feet is the Best, used single-channel video Fast created in 2011, starring famous stage and TV actor Denis O’Hare as a Predator drone operator for the U.S. army. Recorded at a Las Vegas hotel room, this thirty-minute video chronicles the drone operator’s dysfunctional interview with Fast, unfolding similarly to a conversation between a psychotherapist and his patient. “Light at the end of the tunnel is just another tunnel” states the operator, detailing the psychological burden of his profession and psychological tantrums he struggles with on regular basis. 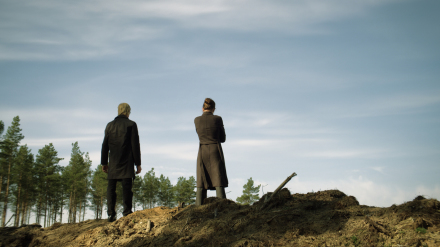 Shot in the style of a slick Hollywood production, and placing a famous actor as its lead, this footage, while constantly looping, is repetitively interrupted by recounts of another drone operator whose face is blurred as he gives technical details about his job.  The insider’s techniques on how to drop the most forceful missiles intersect with bird-eye footage of an undisclosed small town, and the familiarity of blurred faces detailing politically or socially controversial anecdotes on TV remains a factor in considering him as an actual operator, while the viewer’s acquaintance with O’Hare through film and TV codes his version as fictitious—a duality that prevails throughout the course of the film. 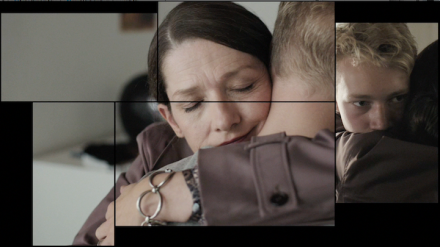 Furthering the first film’s complex narrative was the forty-four minute long Spring, Fast’s most current picture shot in relation to 2012’s Continuity (also on view in the gallery’s rear room).  Aligning with Spring’s fractured narrative is a screen arranged in a manner similar to a geometric puzzle. The uncanny tale of an upper middle class German husband and wife hiring stuntmen to fill their absent son’s part assembles various layers in terms of truth, script and reality for the audience.  The truth of their son’s existence, and his fate, remains ambiguous, while the scripts they assign for actors they hire cross the threshold of fiction and move towards a new sense of reality. Emerging from actual snippets of ISIS propaganda videos, the origin and influences of Fast’s montage are opaque, yet never to be overlooked.

Fast’s work was on view through Saturday, May 7th. 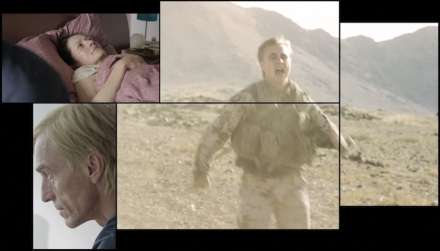 *All images are the Courtesy of the artist and James Cohan, New York.

This entry was posted on Monday, May 9th, 2016 at 1:45 pm and is filed under Art News, Featured Post, Show. You can follow any responses to this entry through the RSS 2.0 feed. You can leave a response, or trackback from your own site.