May 17th, 2022
REFERENCE LIBRARY
Home » RIP – François Morellet, Pioneer of Optical and Kinetic Art, at the Age of 90

RIP – François Morellet, Pioneer of Optical and Kinetic Art, at the Age of 90 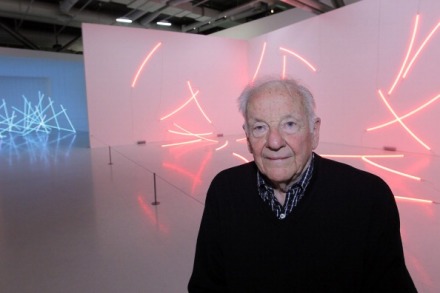 François Morellet, the pioneering French artist who explored interrelations of optical phenomena, light, space and performance, has passed away at the age of 90.

Born in Cholet, France, in 1926, Morellet first branched out into painterly abstraction during the 1950’s, and later expanded his practice further with the founding of Groupe de Recherche d’Art Visuel (Grav), which based its practice on investigations of space and perception through “visual aggression.”  Expanding on this practice over the following decades, the artist would define his work through the use of bright neon tubes, which he would arrange in increasingly complex and surreal pieces, and which has earned comparisons to the American Light and Space artists. 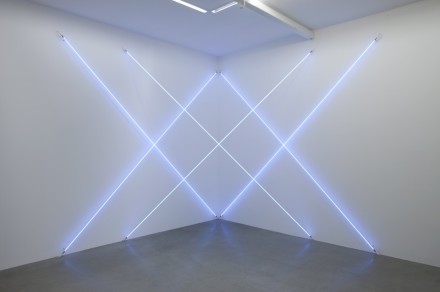 Morellet is considered among the most influential artists of the Post-War Era in France, and just recently concluded a major career retrospective at the Centre Pompidou in 2011.

This entry was posted on Thursday, May 12th, 2016 at 9:02 am and is filed under Art News, Featured Post, Obituary. You can follow any responses to this entry through the RSS 2.0 feed. You can leave a response, or trackback from your own site.