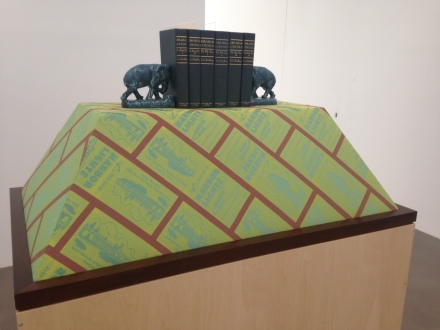 Stephen Prina’s eighth solo exhibition at Petzel Gallery pulls its audience into an ephemeral territory, where the fluidity of one’s memories engages with the tactile presence of objects.  Through a highly introspective narrative, the exhibition pays homage to Prina’s hometown of Galesburg, a small city in Illinois where the artist grew up.  Currently based in Los Angeles and Cambridge, Prina elaborates on the act of remembering his home, while seeking creative stimuli in the mundane details of the day to day, to reach broader conclusions on the human condition and artistic endeavor.  The works on view are singular, autonomous artifacts, eventually converging in focus through Prina’s grand orchestration of converging narratives that twist the past through a contemporary lens. 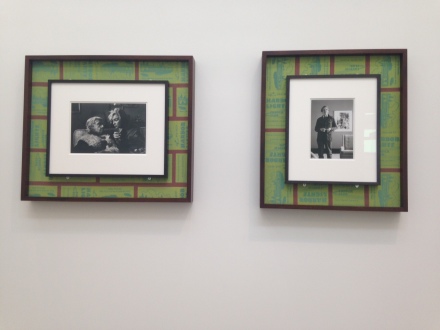 The catalyst to Prina’s nostalgic dwelling is the Harbor Lights Supper Club, a bygone Galesburg institution where the artist played music during his early years. Embodied here through an original matchbook adorned with the restaurant’s silhouette and telephone number, the memories implied here triggered Prina to recall his associations with his hometown, much in the way that objects often elicited Proust’s plunge into the gnarled pathwats of memory in In Search of Lost Time.  Similarly, a set of objects here flourishes into one expansive orchestration of various works, referring to different stages in Prina’s biography. 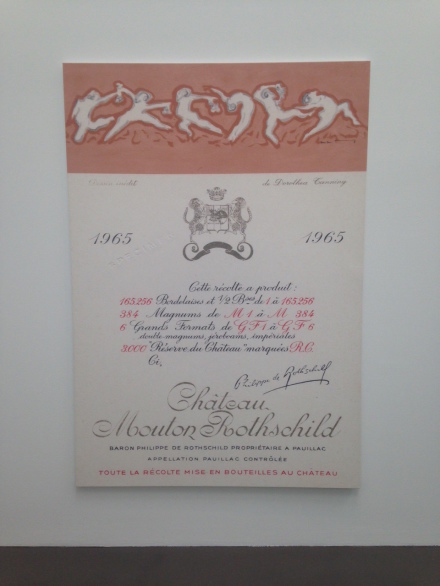 The pattern on the matchbook repeats on fabrics used for various works, akin to bits of memories following one through every step of the show. Photographic documentations of the work of another Galesburg native work, Dorothea Tanning, is also on view, showing the work Xmas from different angles, and in multiple corners of the space, providing the viewers a full circle view of the said sculpture (originally located at LACMA). Such uncompromising obsessions enables Prina to build an alternate version of what is no more, and to connect various elements of his past and that of his hometown, despite their ostensibly unrelated nature. 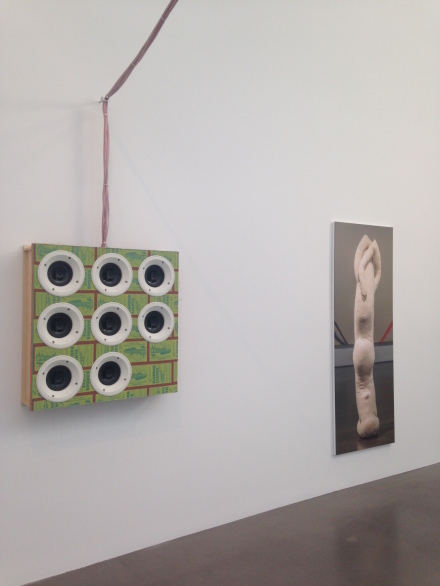 Aiding the audience throughout Prina’s journey is a set of wall texts, detailing certain elements from his days in his hometown while playing at the Harbor Lights Supper Club.  Photographs of Marlyn Monroe and Carl Sandburg in Beverly Hills, or John Cage at Knox College in Galesburg, are decorated with the same printed fabric, presenting a personalized a past that cannot be altered, yet may easily be reinterpreted. Echoing throughout the gallery is Ode to Galesburg, a thirteen-song cycle sung by Prina himself, playing through amplifiers also covered by the show’s repeating graphic motif.  Songs from fellow Galesburg native Carl Sandburg’s The American Songbag, as well as a cover of Carole King’s “It’s Too Late” and Prina’s humming of selections from New York Times’ “Quotations of the Day” segment usher the viewers around show.  Waiting for those who remember to look up is a set of bougainvilleas from Galesburg installed outside the gallery’s glass ceiling.

Stephen Prina: galesburg, illinois+ is on view at Petzel Gallery through June 18th, 2016. 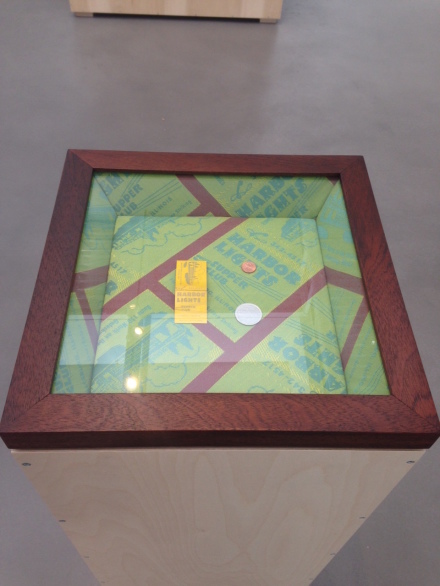 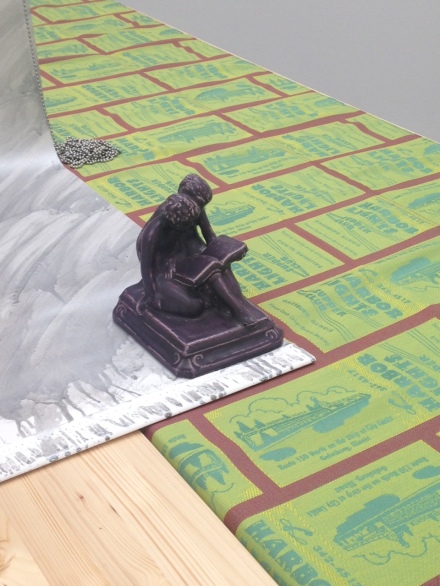 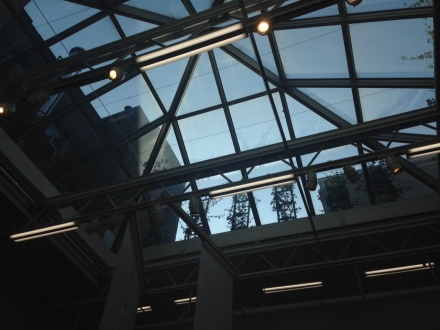 This entry was posted on Sunday, June 12th, 2016 at 2:38 am and is filed under Art News, Featured Post, Show. You can follow any responses to this entry through the RSS 2.0 feed. You can leave a response, or trackback from your own site.