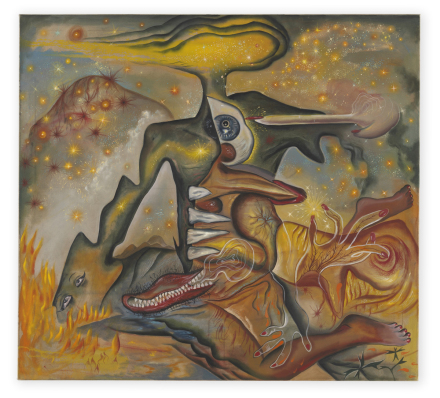 A Modest Proposal, Hauser & Wirth’s summer exhibition curated by staff members Madeline Warren and Yuta Nakajima, adopts its eloquent title from Jonathan Swift’s namesake essay from 1729.  Recognized for being one of the foremost satirists in English language, Swift vigorously mocked Ireland’s political climate at the time through his sharp wit in various forms of writing—perhaps most famously in the show’s namesake essay, where the writer suggests the poor profit off of their children by selling them as food to the wealthy. 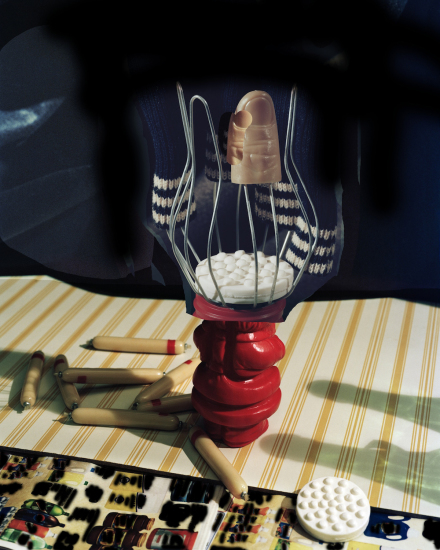 The exhibition on view not only claims the essay’s painfully absurdist tone to bridge works by various contemporary artists, but it also interprets the carnal and bodily connotations of Swift’s work through subtle contemporary undertones.  Aside from being a functional apparatus, the body is presented here as a territory for transformative possibilities, as a site for both operation and reformatting through formal invention and hybridization.  This is seen quite vividly in the first work of the exhibition, Nicola L’s Femme Commode White, which greets visitors with its bodily references twisted through a utilitarian language, a female-figured cabinet with breasts, torso and waist functioning as individual drawers. 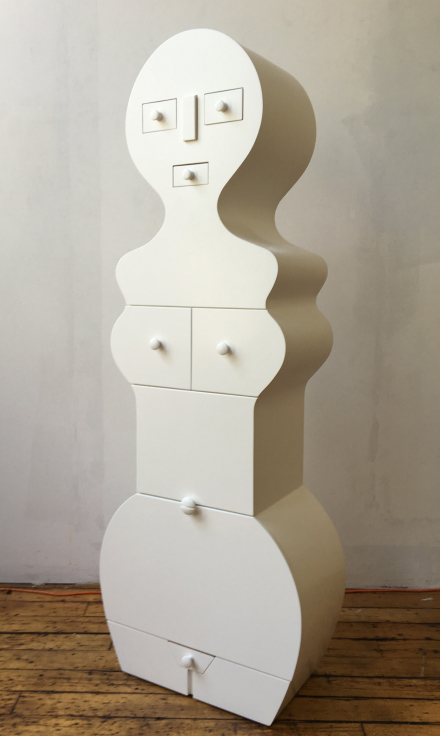 The curators’ fascination with black humor, as coined by the Surrealist Andre Breton surfaces as they discuss their creative process during a private walkthrough for the show’s preview, a sense of engaging with nuanced socio-political situations and environs through a framework of absurdism and irreverence.  This engagement was also in the core of the opening night’s Red Coat performance, which reenacted Nicola L’s 1969 performance responding to the 60s’ political turmoils that left enduring impressions on European identity.  In the work, a group of costumed performers moves slowly through the gallery, ultimately freeing themselves from a large red fabric in a comical echo of political liberation. 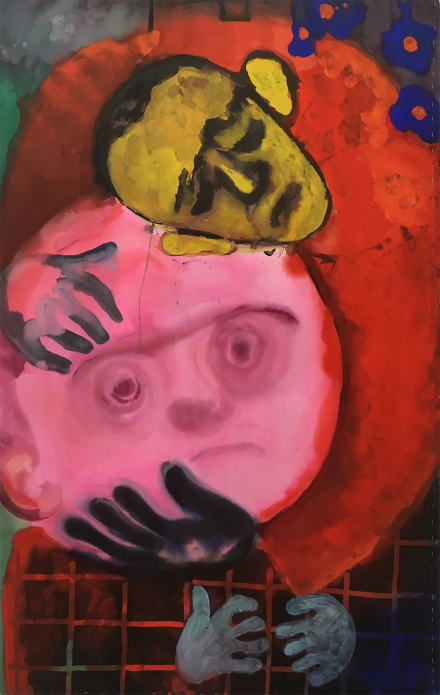 Differing implications and conditions for political unrest are often illustrated here imposed upon individuals, as well as on communities, most interestingly in Jakub Julian Ziolkowski’s arresting painting of an amorphous figure rising from a dystopian landscape.  Presenting an allegoric representation of the human condition, the painting depicts a suffering body resisting mutation and disappearance. This eerie hybrid of living creature and decaying carcass, quietly echoing the iconography of Eastern European propaganda illustrations, also ties to Sanya Kantarovsky’s watercolor paintings, which show various human figures socializing within oblique narratives and settings.  Delivered through the artist’s dream-like haze and eccentric figuration, the pieces challenge their viewers’ ability to interpret motivations or relationships between subjects. 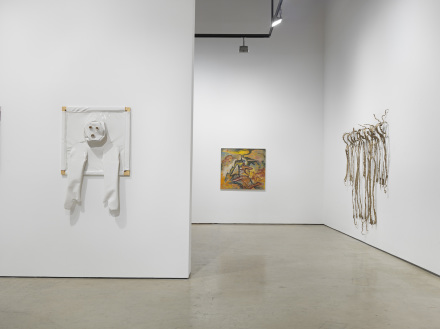 Naotaka Hiro’s Sixteen Terminals, for which the artist embarked on a painstaking process to create complete molds of his own body, is another work focusing on issues of corporeality and bodily functions.  The result is sixteen thin strips of bronze, holding traces of Hiro’s body parts, such as a belly button, nose or penis, slowly transformed into abstracted final products through their narrowing, curving end pieces.  Among other highlights are Lucas Blalock’s digitally manipulated photographs, in which the artist scrutinizes common assumptions on looking versus seeing, humorously distorting the banality of common goods. 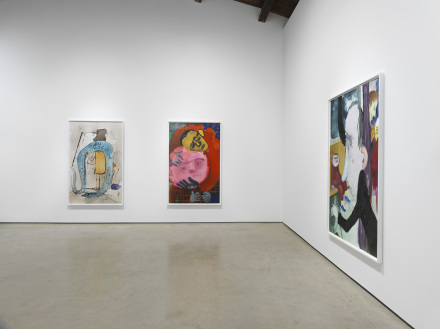 This entry was posted on Sunday, July 24th, 2016 at 12:00 pm and is filed under Art News, Featured Post, Show. You can follow any responses to this entry through the RSS 2.0 feed. You can leave a response, or trackback from your own site.