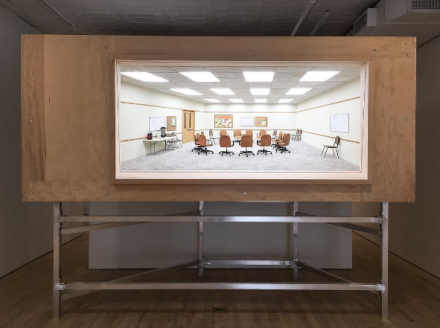 The concept of “the narrative” is one that feels increasingly relevant in a contemporary art context defined in part by gestures and approaches that owe much to the last 60 years of creative practice.  Considering the work in relation to an isolated other, a sort of phantom context that either motivates, grounds or produces the work in question ultimately seems to be one such strategy for re-invigoration of the techniques used in creating the object itself.  This is the strategy through which the current group exhibition at Pierogi’s LES Gallery space, False Narratives, presents its artists, compiling work that not only explores the construction of ulterior situations and modes for the work itself, but equally questions these narratives as unreliable. 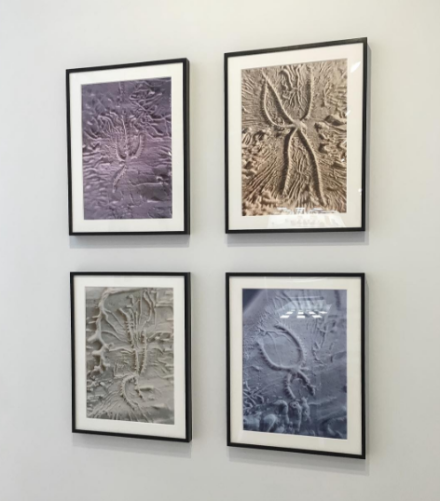 The show wends its way through a series of techniques and approaches to the narrative process within art practice, each exploring its own gradations of interaction and interplay with the viewer’s own inclinations to form relationships and correlations within the image.  Roxy Paine’s Meeting, for instance, continues the artist’s ongoing exploration of the diorama as a site for subtle narrative inversions.  The suspended time of his conference room is ultimately subverted by both its lack of any driving narrative arc, and equally in the flawed dimensionality of his pieces.  Lines of sight don’t always align properly, or depths are somewhat off, working slight moments of craftsmanship and the artist’s hand into this frozen scene, and ultimately rendering a space that feels so concretely bound by an unrevealed story while always emphasizing its presence as a crafted object that can never move forward or backwards in time. 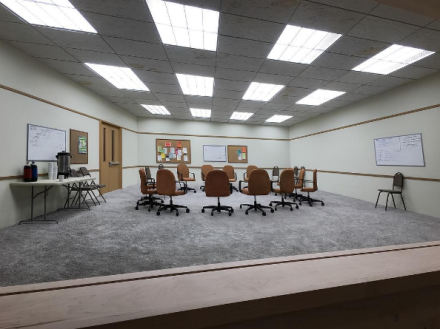 This is also seen in Nadja Bournonville’s Medical Machines photos, accumulations of various devices and objects that ultimately form evocative figures and scenarios against a blank backdrop.  The viewer is tempted to ascribe situations narrative background to these stories, or to personify the objects, even as their material composition remains staunchly foregrounded. 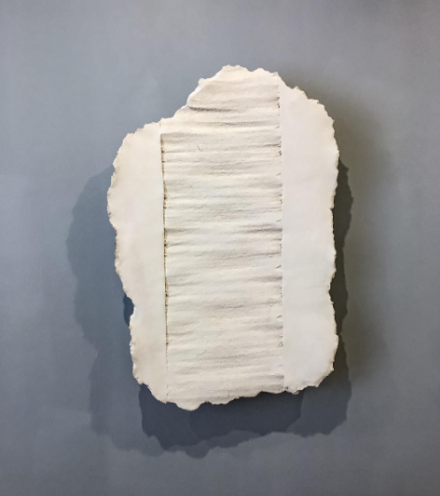 Elsewhere, the narrative line is transposed onto the creative process itself, ultimately forming something of an ongoing story around the work, and introducing a more nuanced, fluid concept of time in the creation of the art object.  This is perhaps seen best in Decipherment of Linear X, a Brian Conley project that involves his ongoing exploration of markings previously thought to be those of an ancient civilization, his realization that they were in fact the markings of a specific beetle, and his later discovery that they did in fact share some graphic characteristics with a form of early Minoan on the island of Crete.  The pieces, presented as both photographs and markings on ceramic, trace his ongoing exchanges with these various agents and contexts in a flatter timeframe, as insect markings, theory, technical processes and ancient text collide on the work’s surface. 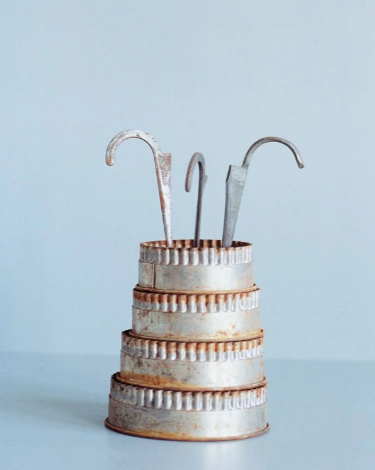 In an age of hyper-contextualization, where commentary is available nearly simultaneously with an event, the concept of the narrative is perhaps doubly significant, underscoring how readers’ consumption and interpretation plays heavily in the production of story and framing.  Here, the artists on view take their own spin on the narrative process, either deconstructing as they build, or taking the chance to destruct a narrative space from the inside out.  Yet this interaction with the narrative itself is always at center stage, and the objects these artist’s create, much like Conley’s ceramics, become the space where these narratives are both read and realized, made and broken.

This entry was posted on Thursday, July 28th, 2016 at 4:26 pm and is filed under Art News, Featured Post, Show. You can follow any responses to this entry through the RSS 2.0 feed. You can leave a response, or trackback from your own site.