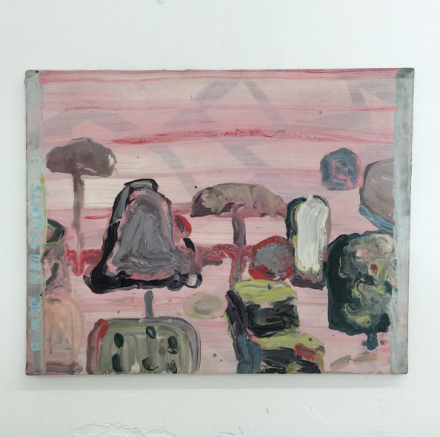 Gavin Brown’s 291 Grand Street location is playing home to the gallery’s summer exhibition this month, a cunning and often comical play on art history curated by painter Brian Belott.  Inviting a group of artists to take their own improvisational runs on various artists from the last 100 years of painting and sculpture, the show plays on the memory of Glenn Gould, whose own takes on popular figures and music themes equally expressed his own artistic brilliance. 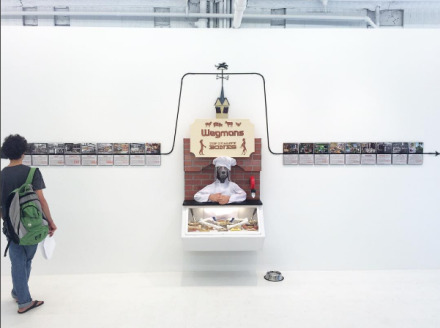 Bobo, The Legendary Impetus Behind Wegmans (2016), via Art Observed

Running across the course of the exhibition, artists take this prompt in any number of directions.  Scott Reeder’s piece is perhaps the most hilariously direct, placing an upright piano in front of Courbet’s L’Origine du monde to great comic effect, while Gina Beavers has re-created Van Gogh’s Starry Night in thickly laid acrylic to appear as if the work had been created with bacon. 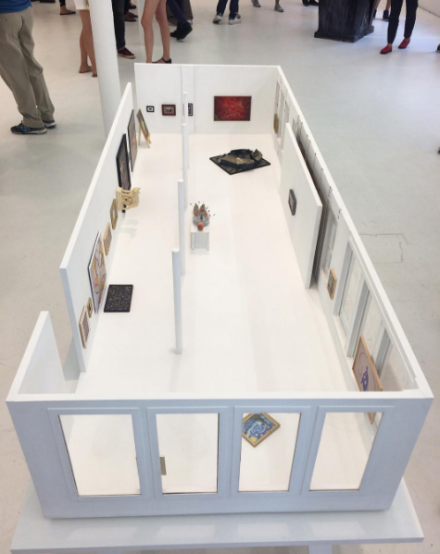 It’s a summer show in the best sense of the word: relaxed, airy, and smart in a way that offers both new twists and an engrossing theme, as Belott’s curatorial vision winds its idiosyncratic, often madcap concept through the annals of 20th Century Art.  In one corner, a strange Tyson Reeder acrylic plays against the twisting sculptural inversions of Jesse Greenberg’s untitled sculpture, while nearby, a bizarre sculpture by Bobo traces the history and future of grocery store chain Wegmans, using a Weimaraner as his central subject in a coy reference to artist William Wegman’s comically anthropomorphic video pieces.  Belott’s own work from the mid-90’s, which served as the inspiration to the show, is also on view, a series of twists on the work of Philip Guston that informs the artist’s signature style and illustration-based subject matter with a slightly more visceral, looser technique. 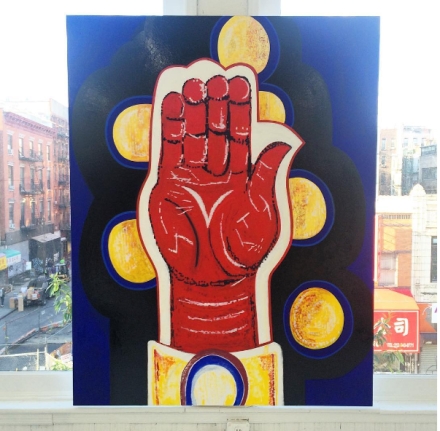 Yet what’s equally interesting about this particular selection of works and artists is Brown’s welcoming approach to the artists living and working in the neighborhood around his space.  The show is notably focused around the Lower East Side.  Nicholas Buffon, who closed a strong show at Callicoon Fine Arts (only a few blocks away) earlier this year, sits close to Josh Kline, whose 47 Canal resides just downstairs, while nearby, Katherine Bernhardt’s (who shows with Canada) massive swirls of watermelon offer a fittingly refreshing break in the more concretely referential works on view.  As much as each artist responds to their chosen work or artist, the show itself seems to position itself as something of a mirror image for Brown’s new locale, a response to the dealer’s new neighbors and their response to him.  In tune with its summer scheduling, the show ultimately takes on the atmosphere of a neighborhood block party, with each artist bringing something to pass.

The show is on view through July 30th. 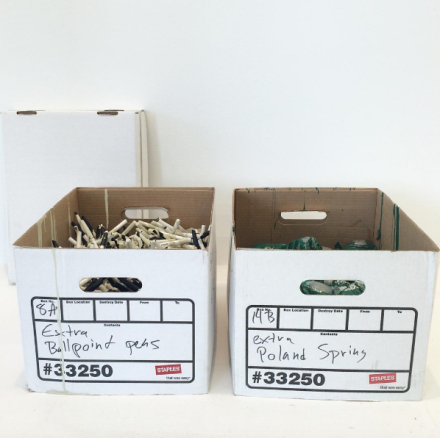 This entry was posted on Thursday, July 28th, 2016 at 5:00 pm and is filed under Art News, Featured Post. You can follow any responses to this entry through the RSS 2.0 feed. You can leave a response, or trackback from your own site.