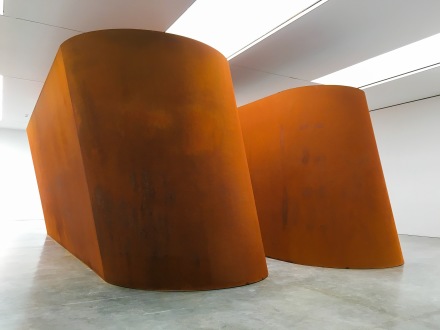 Spread across both of Gagosian’s Chelsea exhibition spaces, Richard Serra’s immense spatial investigations have returned to New York City, marking a continuation and expansion of the artist’s already tightly honed sculptural language.  Consisting of a total of only four works, the gallery is showing Serra’s immense rolled steel work NJ-1 in its 21st Street space, while giving over its 24th Street gallery to a trio of Serra’s pressed steel installations, a pairing that sees him returning to his precise visual vocabulary while pushing its expressive limits. 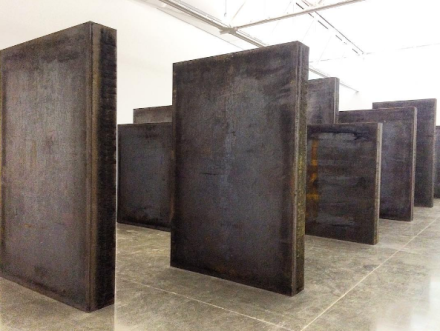 Richard Serra, Every Which Way (2015), via Art Observed

For an artist who has worked at the forefront of contemporary sculpture for as long as he has, one could forgive Serra for resting on his laurels.  His work has reached a point of almost immediate recognition, with its somber arrangements and brusque, rust-flecked patinas bearing the marks of their construction, all while relying on their respective formal characteristics to shape the space around them, and the viewer’s relationship to both gallery and work. 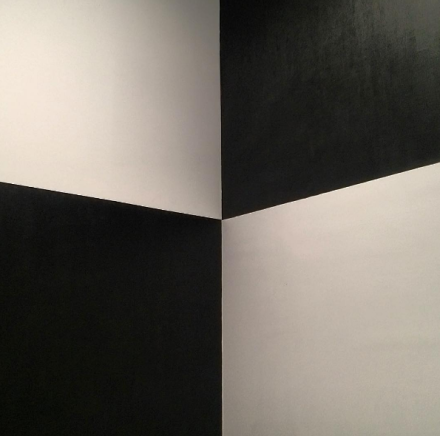 Richard Serra, Above Below Betwixt Between  (2015), via Art Observed 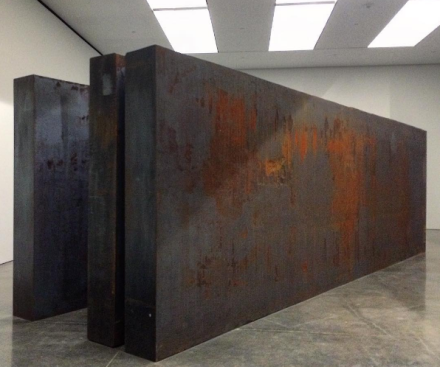 Richard Serra, Through (2015), via Art Observed

Nowhere is this better seen than NJ-1, a work that sees Serra return to the immense, maze-like format he has often explored in past shows.  Huge, rolled-steel plates fold inwards on themselves in a paradoxical inversion of the gallery’s open format.  Passing around the outside of the work, its facade gives off the impression of impenetrability, a monolithic, curving wall of material that sees the viewer circling the work, searching for any fold or break in its surface.  In one corner, however, a small inlet allows entrance into the work’s peculiar interior structure, where parallel walls of steel lead the viewer back and forth through the piece, ultimately releasing them on the other side of the work.  It’s this narrative twinge, the sense of guidance through his piece by hard industrial logic, cold steel moving bodies through space, that Serra has continued to expand on in recent years and countless iterations.  One is temporarily reminded of his massive, recently-completed installation in the deserts of Qatar, where a series of towering black steel pieces invite an unbroken path from one end of a sprawling, sandy expanse to the other. 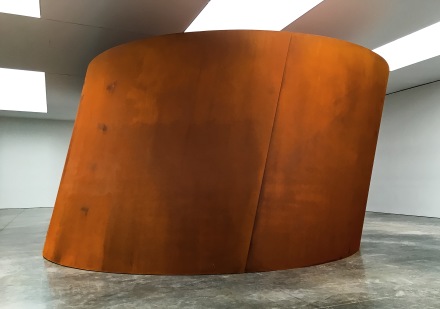 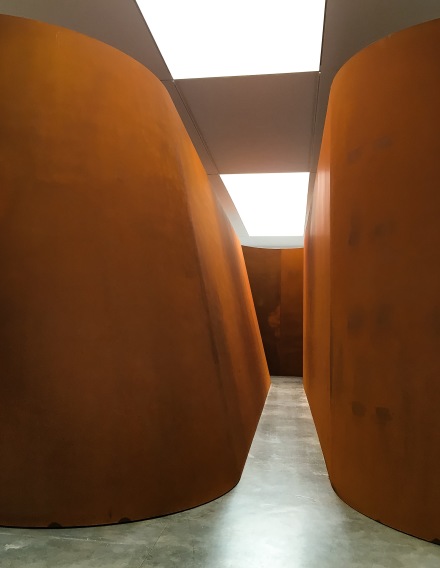 Serra’s understanding of planes, fields and stark geometries, especially in their ordering of space, is reflected in his works at the 24th Street gallery, where pressed steel pieces create varying fields of interaction.  The visitor winds in and out of the shadowy spaces between each object, tracing their own lines of interaction and reflection through active motion.  By contrast, Serra’s Silence (for John Cage), places a lone, 80-ton panel across the floor of the space, welcoming the changing glow of the gallery skylight to trace lines and shadows across its surface.  It’s a fitting tribute to the avant-garde master, repeating his investigations into the presence of sound and performance as an exercise in light.  Framing the space itself, Serra allows the conditions for both the reception and appreciation of the world around his works.  In this relationship, of space, material and viewer, Serra works a remarkable range of intensities and conversations, much like the composer he pays tribute to.

Serra’s work NJ-1 is on view through July 29th.  His show on 24th Street has been extended through October 22nd. 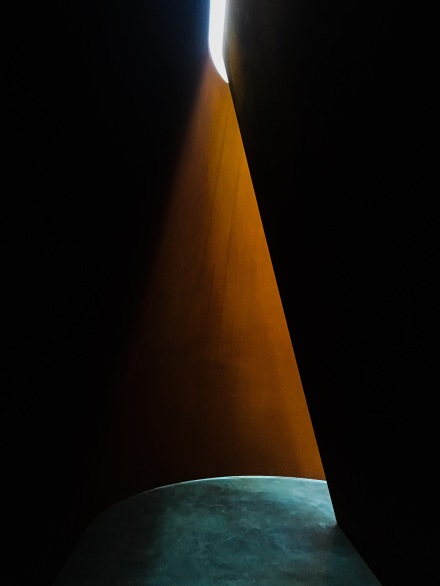 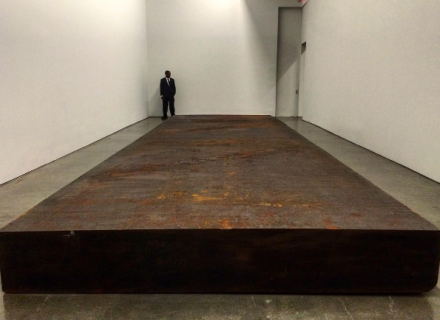 This entry was posted on Friday, July 29th, 2016 at 12:00 am and is filed under Art News, Auction Results, Featured Post. You can follow any responses to this entry through the RSS 2.0 feed. You can leave a response, or trackback from your own site.