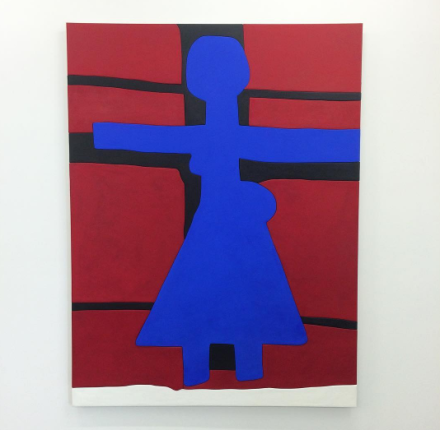 Artist Sadie Benning has returned to New York for a strong summer exhibition this month, filling Mary Boone’s Fifth Avenue location and Callicoon Fine Arts’s downtown space with a series of mixed media pieces that continue a taste for colorful abstraction, formal evasiveness, and cartoonish figures, applied here towards the perception of and reflection on the presence of higher powers.  Viewing the catastrophes and power struggles of modern society through the lens of the divine, Benning has realized a series of images depicting various gods and value systems in her signature blocks of color, lending a loose style to already weighty subject matter. 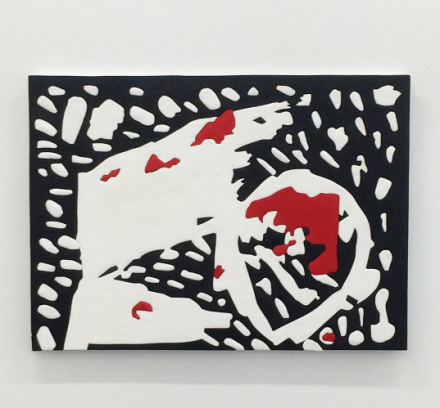 Benning’s works are composed from a minimum of formal identifiers, countered by a focused selection of materials.  Her pieces, executed in aqua resin, wood, casein, and acrylic gouache, glow with color and energy, each relying on stark contrasts of bright color to create a dynamic play of symbols in each piece.  The Crucifixion, for instance, on view at Callicoon, uses a stark interplay of red, black and blue to depict a hanging female, playing on the destruction of the body in turn tying in slight references to the Suprematist Cross of Malevich.  Elsewhere, she turns her attention towards the gods themselves, executing impressive canvases showing the fluid, curving forms of her Worm God (which defies easily-read human figuration while remaining distinctly imposing), or Green God, a smiling figure that seems to pour blood out from a whole in its chest.  Despite the warmth of her execution, these works carry an ominous undertone, as her gods’ fearsome implications gradually reveal themselves to the viewer. 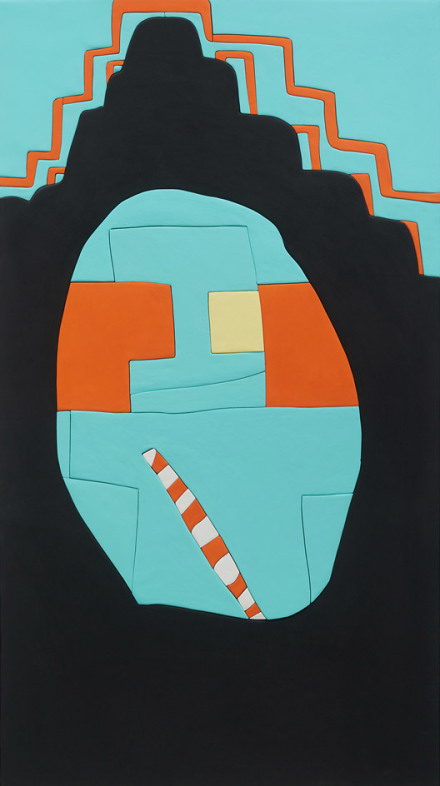 Yet Benning’s work here is equally interested in the context that might realized these imagined gods, and she devotes considerable space and effort to painting the broader contextual cues that might give rise to these totemic deities.  Mayflower Now, traces the impact of the Pilgrim work ethic across the construction of religious and social mores of American identity.  In Fruits, she mixes more personal photographs with ancient tools and imagery, colliding timeframes and meanings in a further pursuit of each image’s ideological core.  The pieces are presented as something of an imagistic underlay, a rooting out of symbolisms and core ideologies that ultimately led her to create her own series of disjointed, often surreal scenes and figureheads. 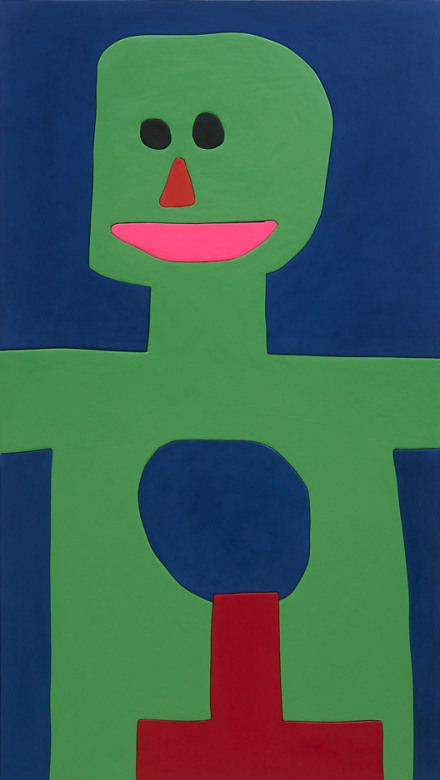 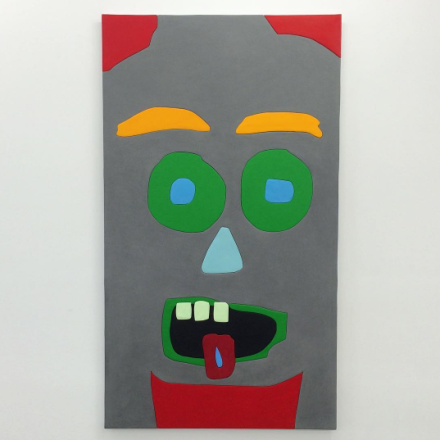 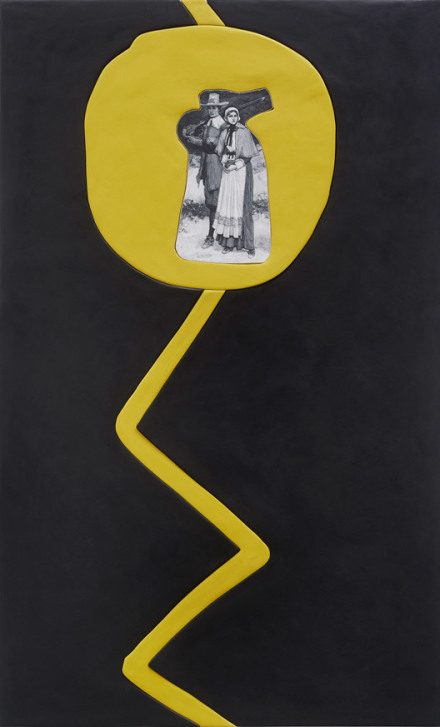 Benning’s work in the exhibition is equal parts inviting and damning, providing something of a cognitive map for the current social discourses and fierce political debates bubbling to the surface of the current Presidential election drama.  Studying the roots of American religious fervor, and their tacit manifestations across a wide spectrum of social and spiritual contexts, Benning presents them again in a manner that not merely recreates their underlying social orientation, but which presents it in a pop styling that makes their deeper implications all the more disturbing. 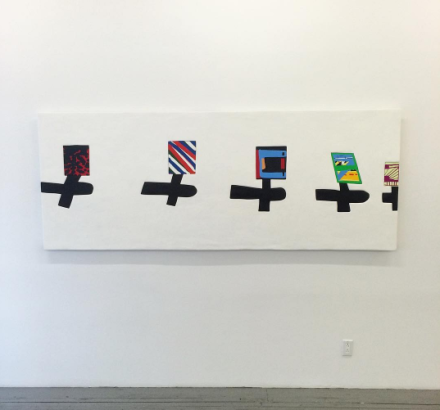 This entry was posted on Wednesday, July 27th, 2016 at 12:00 pm and is filed under Art News, Featured Post, Show. You can follow any responses to this entry through the RSS 2.0 feed. You can leave a response, or trackback from your own site.