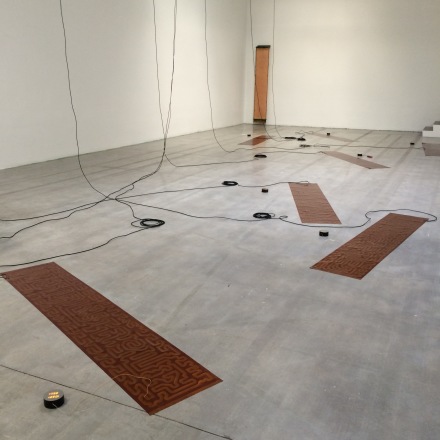 The news that Swiss Institute would leave its location at 18 Wooster this summer joined a slow but steady list of high-profile departures from SoHo that included Artist’s Space and other longtime residents of the neighborhood.  With this movement from its home soon to be underway, Swiss Institute has turned its attention to a pair of exhibitions dealing with concepts of the institution, infrastructure, and urban locales as it takes its final bow in the space.  Giving the space upstairs over to artist Sam Lewitt’s installation Less Light Warm Words, while German artist Mathis Altmann takes over the gallery’s basement exhibition space, filling it with a bizarre series of pieces that mix the abject with the structural. 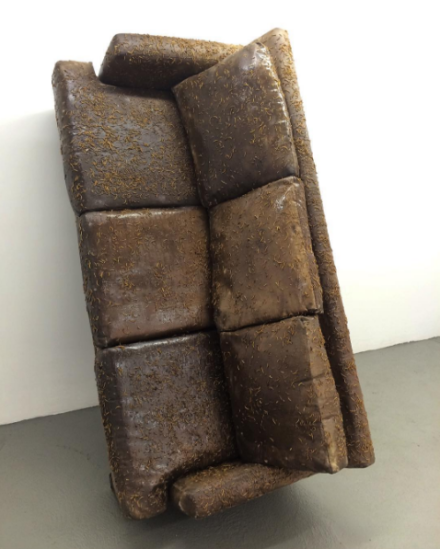 Lewitt’s work in the main exhibition room at SI is a skeletal, sparse outing.  A series of copper heating circuits lay across the floor of the space strung up to the ceiling with a series of electrical cables that divert the space’s electrical wiring through the circuits, subtly altering the temperature in the space.  Draped over engine blocks, aluminum ingots and other industrial objects, the artist’s work plays on poetic reinterpretations of the gallery infrastructure, ultimately transferring the gallery’s energy output into a more tangible, or perhaps more immediately sensate format.  Lewitt’s work even takes deliberate turns towards the linguistic, especially in A Weak Local (VACUUM SEALED – Trace Revision 1E), which strings a heating panel up on the wall, adorned with a series of abstracted texts that run along the outside of the object.  The result is a piece that twists the piece itself away from quick identifications as either industrial material or linguistic container, allowing either interpretation to carry through the rest of the exhibition. 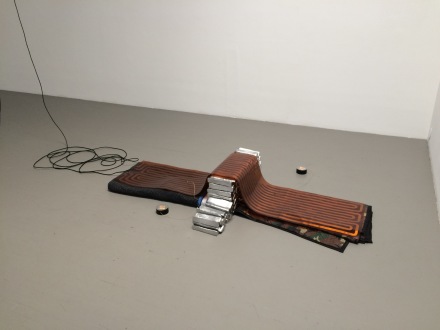 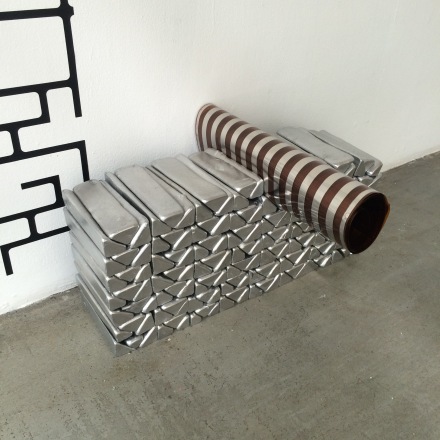 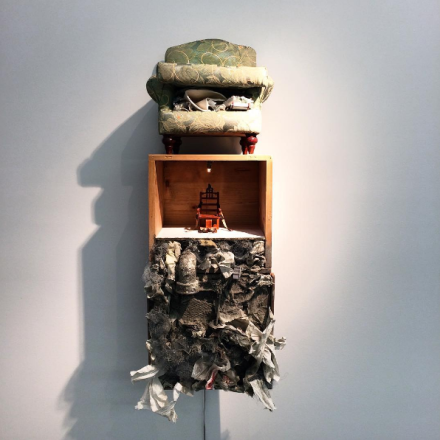 Downstairs, Mathis Altmann continues this sense of structural poetics, albeit through a more fantastic, surrealist lens.  Sculptural dioramas jut out from the walls of the gallery, each time creating some architectural interlude (waiting rooms, abandoned offices, even an electric chair in one piece).  Yet each space is also tempered by bizarre juxtapositions of form that underscore multi-modal existences and changes in use over time.  In one, a storefront is used as a display for a white Adidas sneaker, in another, a hotel room is flipped on it side and filled with the carcasses of dead flies, while a third sees a nondescript office space filled with miniature rolls of toilet paper.  These moments mix both immediate forms of urban infrastructure and the architecture of modern society, yet are equally held apart, either by the disjointed and broken pipes running underneath the work, or by the twists of form and function (a storefront that is alternately a display for its commodity).  Altmann’s work explores objects that have been deployed as art material, yet cannot extract themselves from their original existence, often incorporating paper and wire that closely resemble the sodden trash on view just outside the gallery limits in any of New York’s storm drains.  Layering meanings through such distinct material inflections, his pieces appear as maps of encounter with the shifting palimpsests of urban life, here reflected in micro. 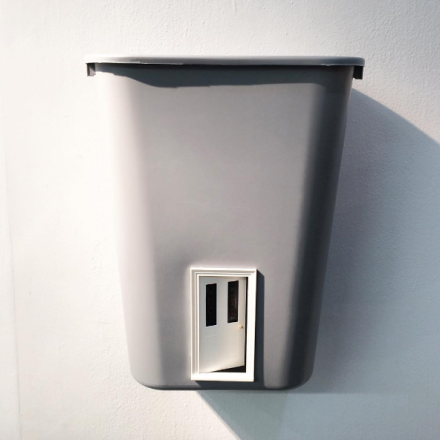 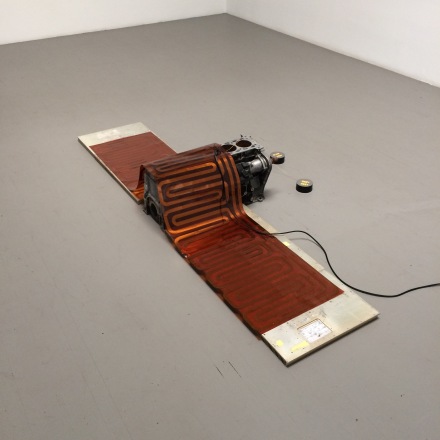 Between the two exhibitions, a sense of transition and movement is immediately apparent.  Both artists take on a sculptural perspective that never seems to attempt a departure from the environment around them, albeit with different focal points driving their investigations.  In either show, however, the building itself takes on a role as participant and abstracting agent, a space where the artist’s twists of objects, histories and facts are given free reign.  Just where Swiss Institute will do this next remains to be seen. 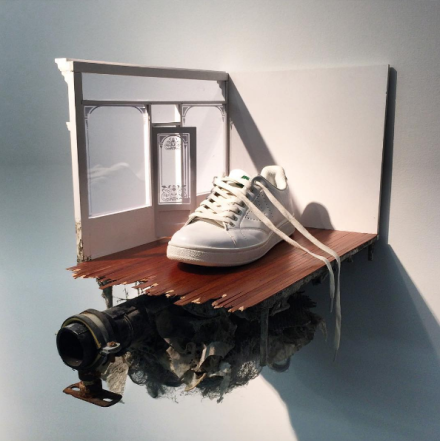 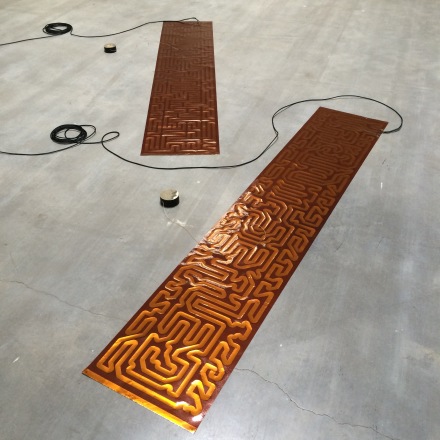 This entry was posted on Wednesday, July 20th, 2016 at 12:00 pm and is filed under Art News, Auction Results, Featured Post. You can follow any responses to this entry through the RSS 2.0 feed. You can leave a response, or trackback from your own site.