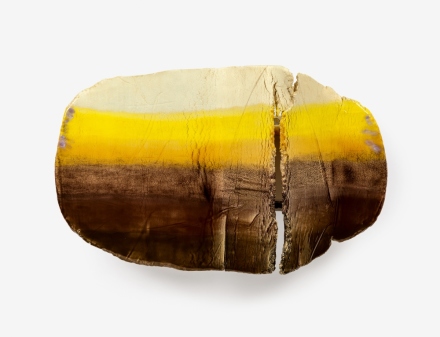 Exploring recent trends in the use of ceramics and pottery in contemporary art practice, Galerie Max Hetzler has launched a group exhibition exploring not only current approaches and interests in the ancient art of ceramics, but equally placing it in the context of 20th and 21st Century practice.  Delving into the historical undertones and evolutions of the ceramic craft in the hands of those not originally trained in the medium, the show moves from the early explorations of Lucio Fontana, through to a range of works made in the past five years. 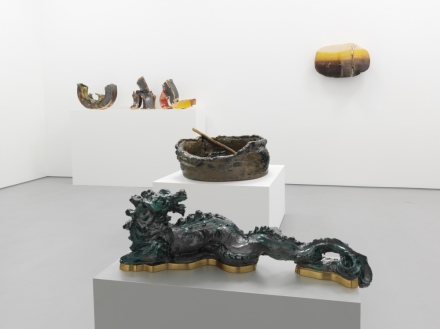 For those watching trends in the contemporary market, the return of ceramics has been difficult to avoid in recent years.  Exploring the execution of gesture in space and time, yet suspended through the process of baking that realizes the ceramic’s final form, the medium presents a unique invitation for outside agency in the construction and completion of sculptural objects, a point that fits quite squarely into the aesthetic interests of much of the 20th Century’s developments in abstraction and process-based art.  This sensibility can be traced throughout the exhibition, as the respective theoretical concerns of each artist is traced along the surface of the ceramic itself. 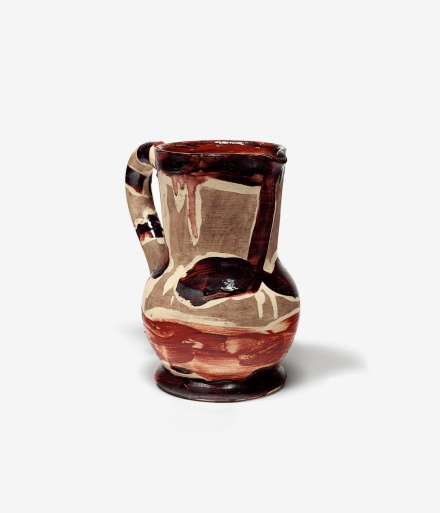 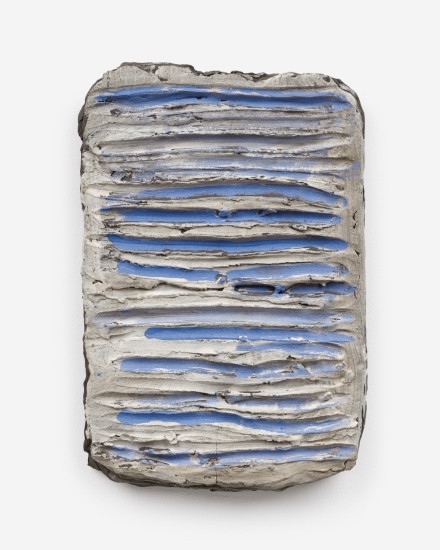 The show begins, fittingly, with the work of Lucio Fontana, whose manifesto la mia ceramica serves as the titular inspiration for the show.  Discussing the potential for the artist to express their visions through the act of sculpting, shaping and firing ceramic works, Fontana’s text opens the door to an exchange not merely with clay and flame, but with a form previously held apart from high art.  Following similar mid-20th Century threads of artistic reclamation of techniques previously written off as “craft,” his practice is echoed in the creative expansion of Pablo Picasso during the same era.  Inspired by the ceramic works of the Madoura workshop during his time living in Vallauris, France, Picasso’s explorations combined simple hand-craft with his tightly-refined style.  Glazes are applied sparingly, and mixed with layers of paraffin and enamel, creating textured surfaces that work in conjunction with the object form.  His application of these textures is compounded by the firing process, which in turn emphasizes inflections and twists in the artist’s marks, creating a separation of layers that emphasizes the work’s construction and change over time. 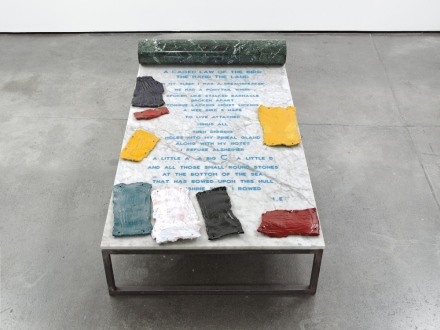 Ida Ekblad, A Caged Law Of The Bird The Hand The Land (2011), via Mex Hetzler 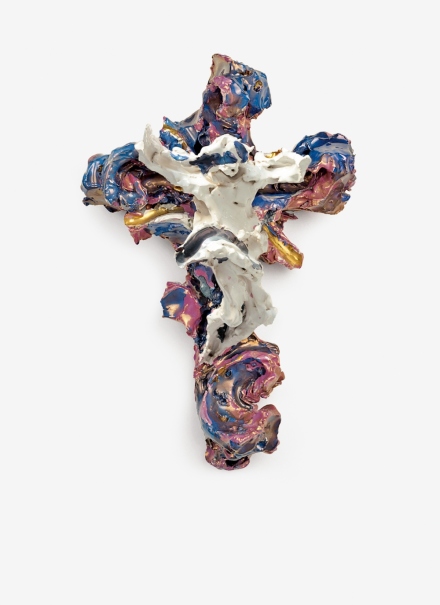 This interest in the process itself, from sculpting to application of glaze and colorings, to the final process of firing, ultimately defines the contemporary interest in this mode of practice, with the artists on view embracing the act of ceramic construction as a specific set of boundaries to work within.  Sterling Ruby, for instance, allows the act of construction, and the often brittle nature of the object to create basins of materials reclaimed during the course of its production, welcoming trial and error into the final object, while Edmund de Waal’s minimal structures emphasize the object’s relation to space and exhibition, crafting stark white and black environments that reduce the ceramic to an element in exchange with its environment.  Elsewhere, Lynda Benglis’s works push the object to its linguistic breaking points, hinting at specific subjects or situations while using the limitations of ceramic-making to further abstract any initial reading.  By contrast, Günther Förg and Liz Larner’s minimal pieces hint at their interests in the application and gradual alteration of the painterly mark, as if grafting color field paintings over the object’s surface. 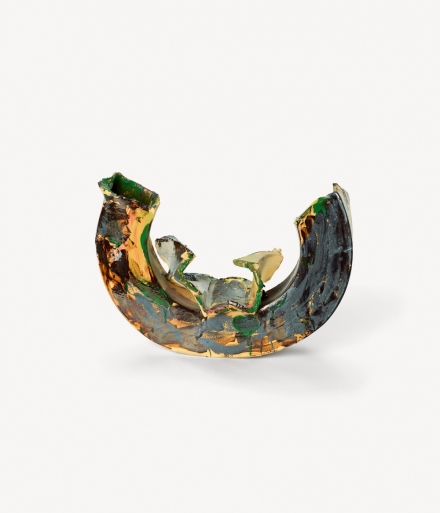 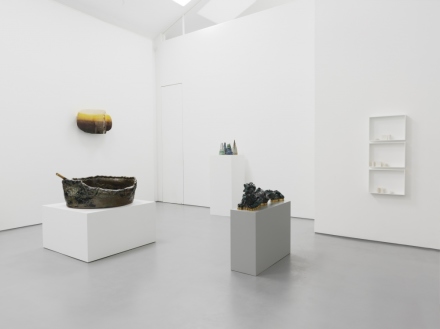 Throughout, the ceramic object is posed as a site for the intersection of forces and gestures, variations in approach and use that ultimately rely on interactions of heat and earth, paint, glaze and other material to realize a final, hybridized format.  It’s no wonder then, that this group of artists, so often interested in the collision of forces and forms, might find the ceramic as timely form for investigation. 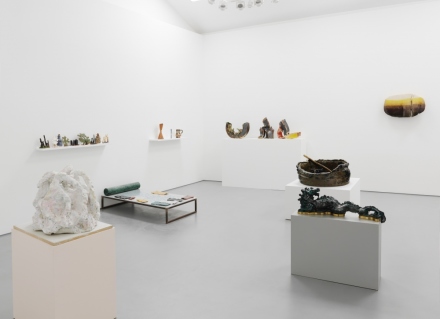 This entry was posted on Saturday, July 16th, 2016 at 12:37 am and is filed under Art News, Auction Results, Featured Post. You can follow any responses to this entry through the RSS 2.0 feed. You can leave a response, or trackback from your own site.