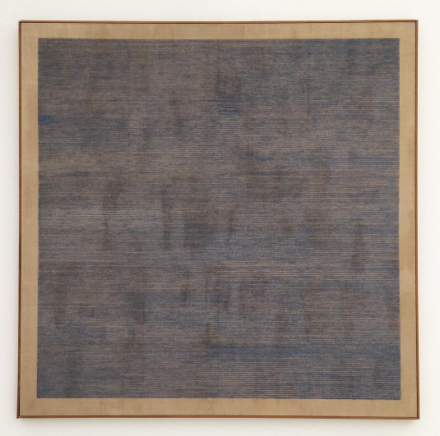 Currently on view at LACMA, Agnes Martin’s ambitious and expansive retrospective has touched down on American soil, giving the late artist her first major museum exhibition in the U.S. since 1992.  Previously on view at the Tate Modern in London, the show studiously wends its way through Martin’s career, beginning with a series of New York School paintings from the late 1950’s that not only makes a strong case for her inclusion among the pantheon of the city’s great post-war painters, but equally hints at the artist’s later work.  Even as her early work traces similar interests in space and the expressive capacity of color and form, a distinct focus on line and space makes her pieces here particularly noteworthy, with delicate yet careful attention paid to the interactions between each mark, and the qualities of weight and gesture that her minimal selections imply. 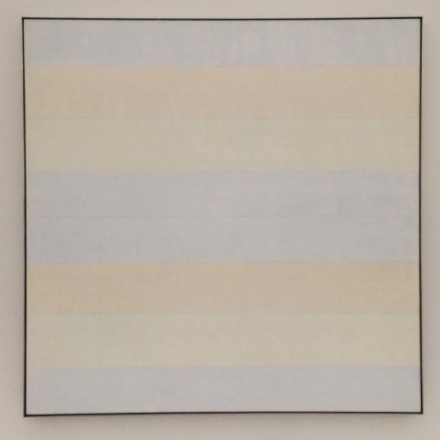 Agnes Martin, With My Back to the World (1997), via Art Observed

As the show progresses, this sense of the line takes on increasing prominence, even as the artist’s work grows increasingly restrained in its execution.  Her work during the 1960’s, on view in the following rooms, traces this sense of weight and space into a series of compositions that utilize repetition of slight themes and repeat them ad infinitum, creating works that mix her early sense of the canvas as a site for the comparison of intensities with a more honed sense of the work’s visual effect.  Yet these mid-career works are equally impressive for the continued presence of Martin’s own hand in their execution, with selections making express connections with her own labor over the work as a formative element in the increased interest in the grid and the serial action.  Falling Blue, a masterful work from 1963, sees the artist delving into deep blue tones, yet allowing the tightly wrought lines of her canvas to create hints of pressure against the canvas, or slight traces of her hand as it passes over the drying material.  The canvas itself presents a second layer of action, hovering just over the piece’s line-work, where the artist’s movement across the canvas can be closely seen, underscoring her movement away from the presence of the gesture as image, and into realms where it still leaves phantom traces.

Agnes Martin, Untitled from the portfolio On a Clear Day (1973), via LACMA

This investment in Martin’s early career, and its increasingly complex operations on the canvas’s surface offers concise understanding of her iconic grid-work pieces from her late career.  Established with ample visual context by prior works, the viewer is capable of tracing the delicate afterimages and subtle blends of color that seep forth from her increasingly rigid compositions, making the later works, among them her multi-work series With My Back to the World, fascinating exercises in visual meditation.  Coupled with a broad series of formal studies and drawings, the show’s movement into her later career comes with a nuanced view of the artist’s complex process and relentless exploration of space, form and image. 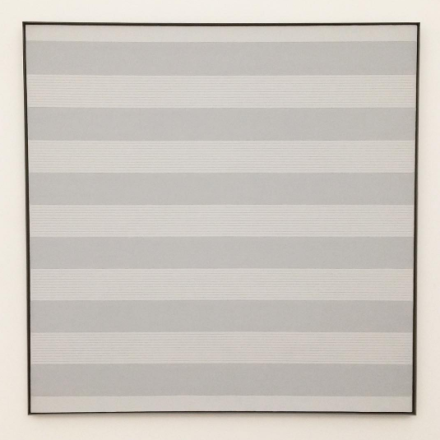 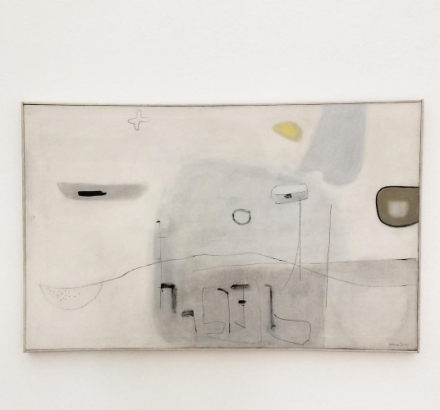 Martin’s intense dedication to her craft is the stuff of legends among post-war artists, a painter whose increasing withdrawal from the New York arts scene accompanied a visual language that grew increasingly refined as it dove deeper into a sense of metaphysical, disembodied expression.  Opportunities to trace this progression in a single show are few and far between, making the show’s excellent curation and timely selection an embarrassment of riches. 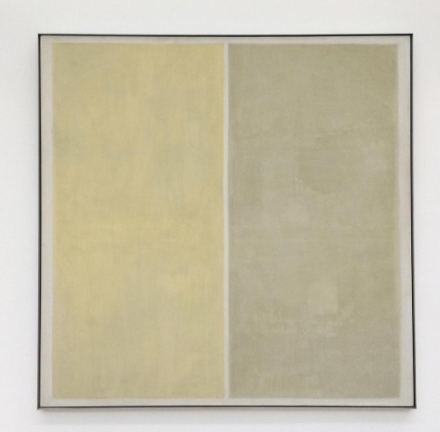 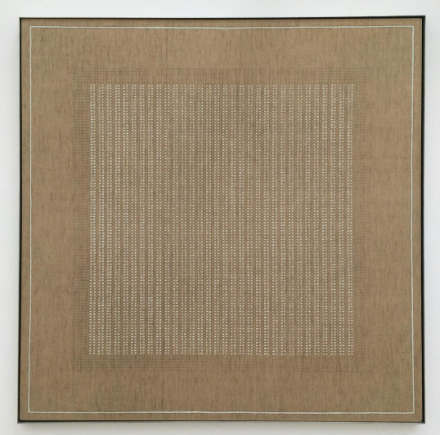 This entry was posted on Tuesday, August 23rd, 2016 at 12:33 pm and is filed under AO On Site, Art News, Featured Post. You can follow any responses to this entry through the RSS 2.0 feed. You can leave a response, or trackback from your own site.