The Philosophy of Andy Warhol (From A to B and Back Again)
(Andy Warhol, 1977)
Read More and Buy↠
Home » San Francisco – “Plane.Site” at Gagosian Gallery Through August 27th, 2016 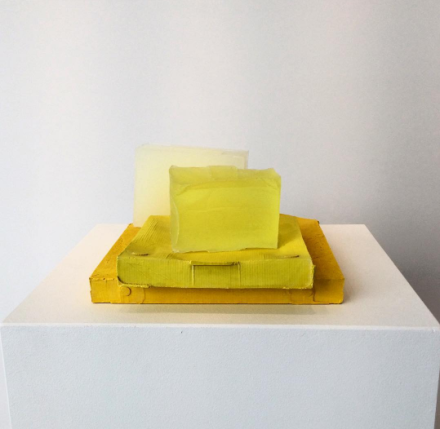 Continuing its slow but steady expansion around the globe, Gagosian Gallery has inaugurated a new exhibition space in downtown San Francisco, opening a spacious and beautifully lit gallery on Howard Street, just across from the recently re-opened SFMoMA.  Taking the opportunity to flex its roster in its new home, the gallery has curated a strong exhibition, Plane.Site, taking intersections of form, practice and material across a variety of artists from the gallery’s expansive representation. 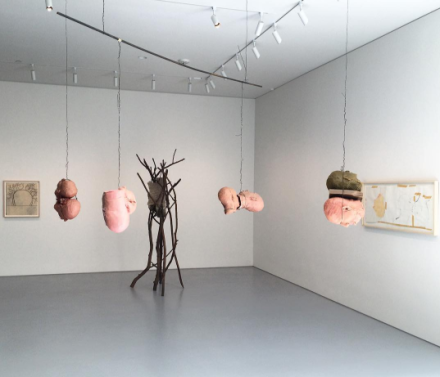 The premise for the exhibition is simple, yet cultivates an exceptionally broad series of visual effects.  Each artist on view is represented through a pair of their works, each in both sculptural objects and drawings/paintings that accompany them close by.  In some, plans and concepts are sketched out and hung alongside the work’s three-dimensional form, of particular note wth Roy Lichtenstein’s Mobile III, a subdued but captivating balance of colors  that finds an almost direct echo on the wall behind it.  Elsewhere, themes and concepts repeat or double back on themselves, such as Bruce Nauman’s own hanging mobile Four Pairs of Heads (Wax), which sees similarly rendered drawings of the artist’s head mirrored on paper behind him, though realized in a more abstract approach. 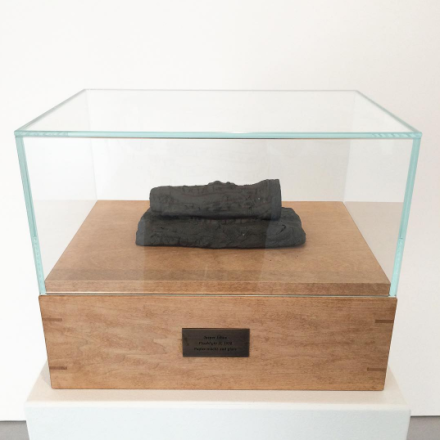 In others, sculpture and drawing do little to draw visual ties, instead allowing varied themes and concepts to surge forth instead.  Andy Warhol’s Coca-Cola for instance, mirrors his Two Kellogg’s Cornflakes Boxes only in their consumer-grade subject matter, and perhaps the particularly boxy nature of commodity packaging itself.  Similarly, a pair of David Ireland works on the same wall beg more studious comparisons, as his minimalist, color-field triptych from early in his career clashes quite strikingly with the detailed contents and household materiality of his Cabinet piece from 2006.  Here, the artist’s sense of color and space takes on a central facet in the presentation and understanding of his ongoing artistic project, and offers something of a subtly realized key to understanding the spatial layout of the objects within the work by way of their color contrasts and pairings. 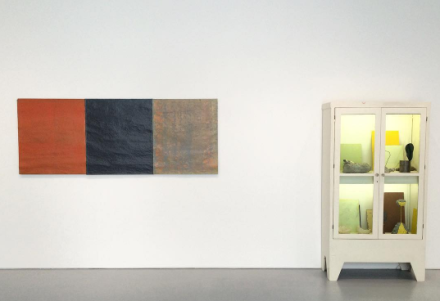 Yet one of the exhibition’s most intriguing selections comes by way of Richard Serra, whose drawings and rolled steel works are offered a fittingly tight and minimal space for comparison.  Noting his Ramble drawing in conjunction with a rolled steel work, one can immediately detect the fascination with texture and materiality that has driven so much of the artist’s work, and which here underscores the juxtapositions of form and surface in a way that almost combines the works into a distended, yet compelling, single piece. 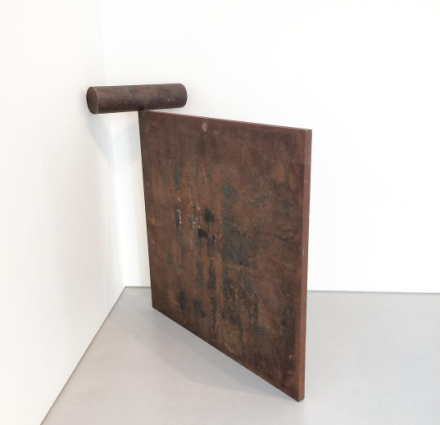 This sense of divergence and comparison, of the artist’s movements along both flat planes and the gallery space itself, offers a unique, albeit brief, view of each artist’s sense of formal politics and sculptural process.  Moments and moods, slight twists and turns of the flat plane and the artistic implement they trace across it, contend with the constructed object as a sort of point and counterpoint in each artist’s practice, opening unique dialogues into their process that make the exhibition a fitting introduction for the gallery to its new home in Northern California.  Offering quick comparisons and a diversity of objects, histories and materials simultaneously, the gallery has created an excellent introduction to its artists for the growing crop of contemporary collectors in the Bay Area and Silicon Valley.

Plane.Site is on view through August 27th.

This entry was posted on Sunday, August 7th, 2016 at 12:00 pm and is filed under Art News, Featured Post, Show. You can follow any responses to this entry through the RSS 2.0 feed. You can leave a response, or trackback from your own site.