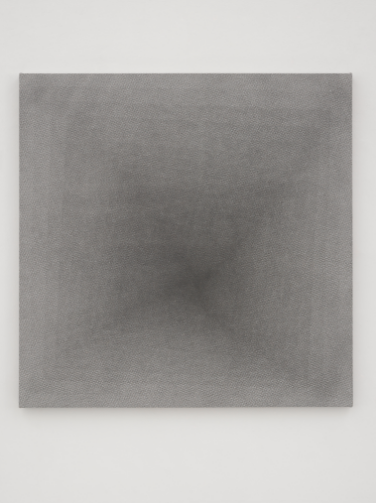 Taking over the full two-floor layout of White Cube’s Mason’s Yard exhibition space, the gallery’s summer exhibition the world is yours, as well as ours explores the richly diverse and energetic forms of Chinese painterly abstraction, considering its format beyond facile classifications as a corollary to Western technique.  Delving into the cultural histories and forms of Chinese painting over the past centuries, White Cube presents the abstraction of China’s current crop of artists as a deeper engagement wth a range of practices between modernism and more traditional approaches to the painterly surface.  The show places Taoist thought at its base, exploring how the appreciation of abstract form in Chinese culture more broadly has left the door open for diverse experiences and engagements with the canvas in the modern era. 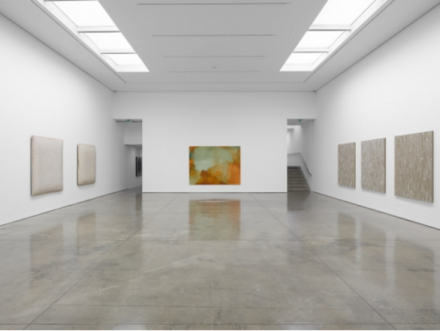 The world is yours, as well as ours (Installation View), via White Cube

This sense of the discipline as an open format, mixing long-standing philosophical concepts in Chinese philosophy and spirituality with traditional forms such as calligraphy and ink painting, informs modern painting in China across a variety of aesthetic and material concerns.  Allusions to Buddhist concepts and traditional methods of graphical logic or image-making abound in artist statements and press materials, each time underscoring the artist’s negotiation of both the historical and the modern in their work.  In Zhou Li’s work, for instance, the lilting arcs of calligraphy and ink drawing are explicitly referenced, yet allowed to float free of a contextual ground, instead creating spirals of abstract patterns that reference both landscapes and texts in a free-flowing sense of exchange.  Elsewhere, artist Qin Yifeng draws on the vertical alignment of texts as a guiding mode for his marks, allowing a dedicated repetition to deconstruct linguistic inclinations by the viewer in favor of a swirling visual field. 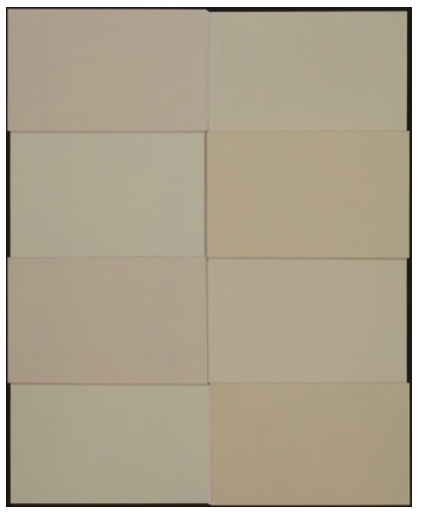 Elsewhere, the concept of the landscape takes a more prominent center stage, particularly with artist Liang Quan’s rice paper and ink works.  Drawing on the slight, minimalist inflections of ink painting and landscapes, and applying these influences in concert with his study of the work of Richard Diebenkorn, the artist’s work utilizes gently executed grids and subtle collage-work to create shifting, multi-faceted compositions that function as much by the aggregate of their implied or negative space, as by the marks and cuts of the artist. 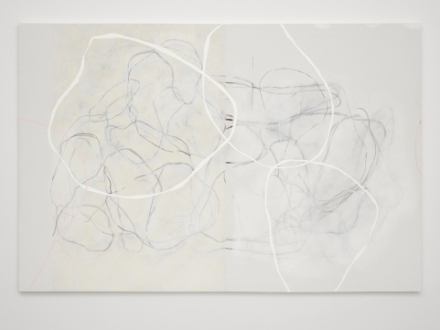 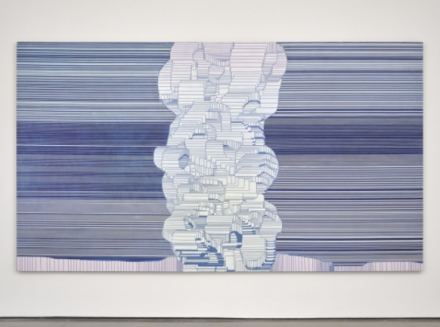 This sense of discourse, and its malleability in the hands of the artist, ultimately underscores the binding threads of the artists on view.  Building their works on a range of historical touchstones, and then using these elements to extend their own formal interests into a variety of new possibilities, the show ultimately presents the artists as practitioners of language, reshaping recognizable material formats and concepts in pursuit of new modes of expression.  Through continued examination, these works present a group of artists building a new visual language from the myriad formal constructs of their nation’s history, and ultimately placing this same historical encounter into play with that of artists exploring similar fusions around the globe.  Presenting such a focused series of technical and compositional interests from the roots of their shared discursive moorings, the show offers a contextual introduction to the artists on view that feels particularly connected and well-developed.

The world is yours, as well as ours is on view through September 17th. 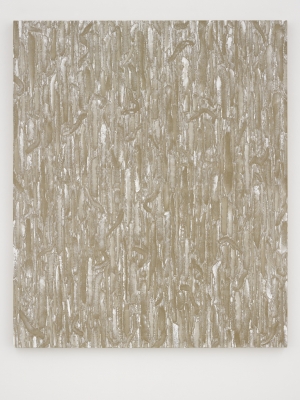 Read more:
The world is yours, as well as ours at White Cube [Exhibition Site]

This entry was posted on Saturday, September 3rd, 2016 at 12:47 pm and is filed under Art News, Featured Post, Show. You can follow any responses to this entry through the RSS 2.0 feed. You can leave a response, or trackback from your own site.