New York – Ryan Gander: “I see straight through you” at Lisson Gallery Through October 15th, 2016 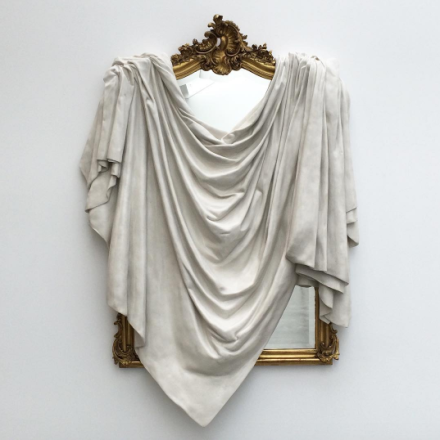 Ryan Gander has opened his first exhibition at Lisson Gallery’s new New York City outpost, spreading his work through a small but tightly selected body of pieces underlining the artist’s enigmatic material interests in play with his uniquely British sense of humor.  In one corner, a piece called I’m never coming back to New York shows a £20 note slowly twisting and pushing its way out of a hole in the wall, playing on dual jokes about fleshing out new coats of plaster with crumpled paper and the commercial core of the gallery environment. 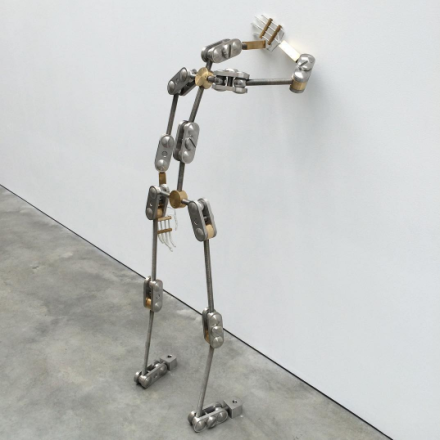 Elsewhere, Gander turns this same comical perspective on the art market towards more mundane objects, executing a new edition of his ongoing piece Fieldwork near the front of the gallery.  Visitors are able to watch through a pane of glass as a series of objects: small statues, liquor bottles, even pieces of musical equipment, slowly parade across the window, drawn on a small conveyor belt.  The assembly of objects from Gander’s personal collection of goods acts as something of a self-portrait, disrupting a cohesive view of the artist through a fragmented series of objects, while also holding this series away from isolated readings, instead suspending them in a controlled progression.  Gander maintains his own hand in the exchange with the viewer, curating his objects while only allowing the viewer a view on a single element at a time. 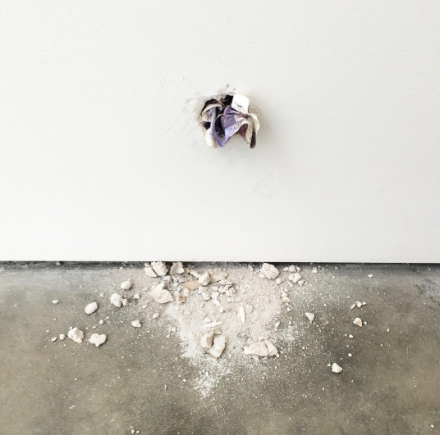 These works are accompanied by a series of new sculptures that revisit Gander’s carefully crafted engagements with marble, layering sculptures of what appear to be draped clothes over antique mirrors, and creating a surreal juxtaposition between the weighty appearance of marble with the mirrors fragile surface.  One can see Gander’s signature sense of formal subversion at its best here, as the combined histories and seemingly impossible fusion of materials creates a dauntingly impressive visual effect. 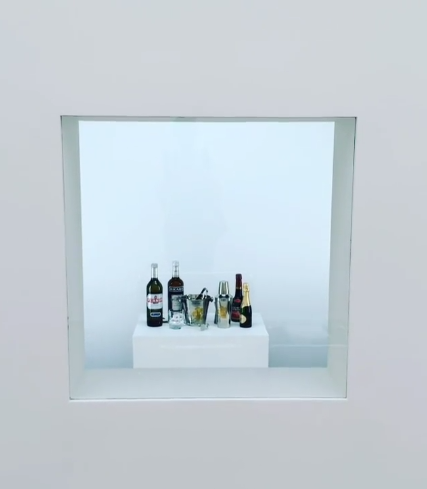 Yet for all of Gander’s interest in his materials, and in the relationships of the art world to the commodities that pass through them, this show in particular feels more bound to conceptions of the human body and its relations to space than the artist’s previous work.  While his animatronic eyes, which greet new visitors with their characteristic darting glances, play on the body as a performative object, both his mirror works and a new series of sculptures depicting human forms abstracted through a series of large-scale artist models.  Blown up to human size, the act of depiction and process are relegated to the background, in favor of an immediate appropriation that plays on its own process.  Several models hold small versions of themselves, as if to parody the artist’s act of drawing or visual translation as unnecessary in a world of easy replication and duplication.  The figures’ poses, as a result, seem charged with a futility, often holding their heads or sadly looking gazing into the distance, as if bemoaning a world where their original function has been downgraded in importance.

Running throughout each of Gander’s technical and conceptual interests, the exhibition on view is a striking reintroduction of his work to American viewers.  The show closes on October 15th. 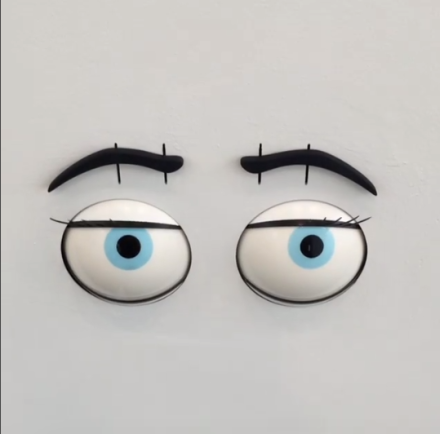 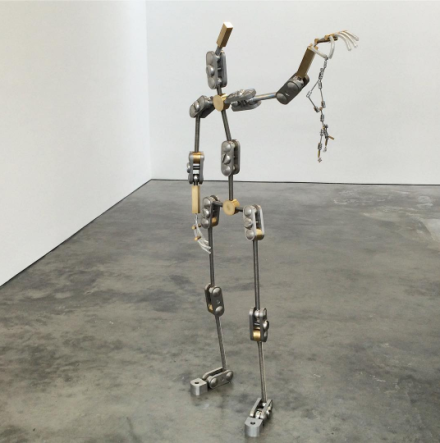 This entry was posted on Friday, September 30th, 2016 at 12:36 pm and is filed under Art News, Featured Post, Show. You can follow any responses to this entry through the RSS 2.0 feed. You can leave a response, or trackback from your own site.