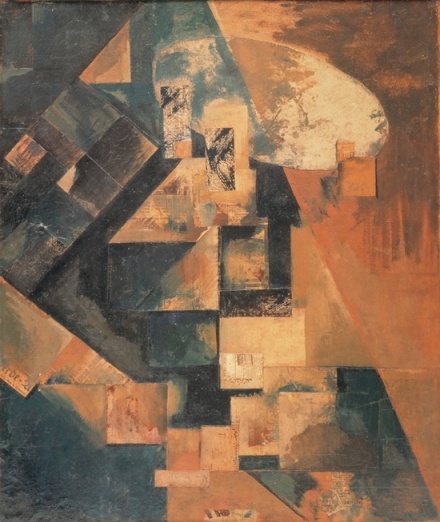 Joining in the celebration of the Dada Movement’s 100th birthday this year in Zürich, Hauser and Wirth gallery has selected a premier group of works by on of the style’s prominent masters, bringing together works by Kurt Schwitters, and simultaneously placing them in conversation with pieces by Hans Arp and Joan Miró.  Examining the personal relationships and shared formal interests over the course of each artist’s work in the first half of the 20th Century, the exhibition is a fascinating blend of historical background and visual tour-de-force, bringing together a rare series of works through a less frequently explored series of connections.

The artists on view are joined together through a series of chance encounters and close personal friendships.  Arp and Schwitters cultivated a rich artistic friendship in the years following the first World War, sharing artistic ideas as both began delving into techniques of collage and assemblage.  Both Arp and Schwitters’s work during these years pursues a tight sense of geometric space, particularly in Arp’s blocky compositions Geometrische Collage and Statische Komposition, each using hard edges and blocks of collaged paper to create dense investigations of space. The works push well beyond easy assumptions of Dadaist absurdism, rather, emphasizing the interest in the canvas as a limited space, and hinting at later developments of painterly modernism.  In the context of Arp’s work, Schwitters’s pieces here adopt a broader historical and conceptual bent, with the form and arrangement of flat, pictorial space taking on a more pronounced role.  This can be seen readily in Merzbild 1B Bild mit rotem Kreuz, a painting that adapts Arp’s modes of collage and blocky abstraction for a more fluid, energetic mode of execution.

This sense of movement and space, adapting the liquid flows of paint across the canvas, equally seems to float from Schwitters’s work into the work of both Arp and Miró.  The gentle curves of some of Schwitters’s more abstract assemblages are echoed in Arp’s Papier déchiré, while the waving lines of Miró’s more explicit explorations in paint adapt a similar sense of movement through its loose hand and careful control of the space around each line.  Considering Miró’s gently cartoonish sensibility, one of the show’s more striking pieces comes from Arp’s Teller, Gabeln und Nabel (Assiette, fourchettes et nombril), where an extremely similar sense of form, cartoonish and bloated, makes itself felt. 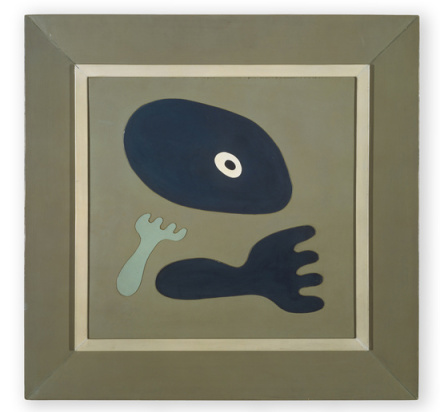 These moments of unexpected crossover, where the respective interests of each artist suddenly comes to a particularly clear convergence, gives the show an impressive potency, underscoring how each artist’s interests frequently found shared ground, despite a seemingly divergent body of work.  The investigation of space and language in each work results in a number of works where the work’s form itself becomes incredibly similar between each artist.  The result is a show that presents the birth of Dada not as an unexpected emergence from the vacuum of post-War Europe, but rather a series of operations in form and space, technique and material, that linked together much of the European avant-garde, even as it found its unique modes of expression in certain modes of language and action.  In this framework, Hauser and Wirth presents the movement not merely as the historical touchstone it is, but rather as one landmark in a tightly interconnected network of visionary movements across the European continent.

The show is on view through September 18th. 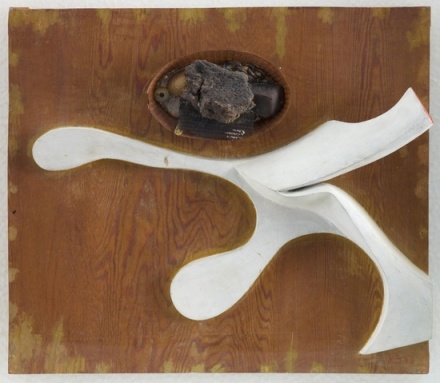 This entry was posted on Thursday, September 1st, 2016 at 12:30 pm and is filed under AO On Site, Art News, Featured Post. You can follow any responses to this entry through the RSS 2.0 feed. You can leave a response, or trackback from your own site.