The 2016 Edition of Bushwick Open Studios took place this weekend, continuing the event’s series of studio tours, special exhibitions and openings in the longtime artistic hotbed of Bushwick, and showcasing the neighborhood’s impressive density of artists spread across its blocks. 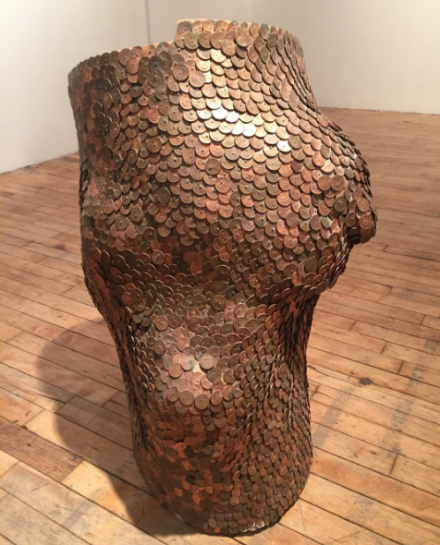 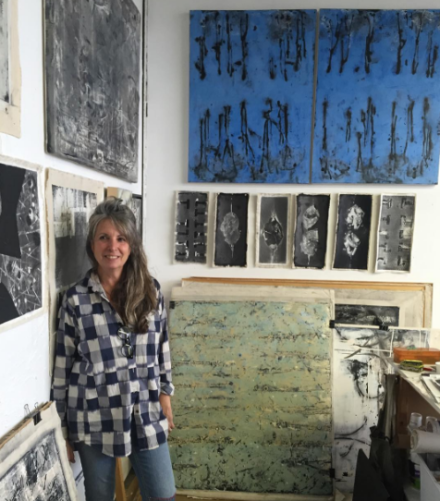 Shira Toren in her studio, via Art Observed

Having recently moved its schedule from a summer event to the first weekend of October, the fair also seems to have pared down its focus, keeping away from the bustling summer months in favor of a cooler, more relaxed weekend for visitors.  Given the more subdued weather and less prominent advertising this year, the event took on a slightly more adventurous tone, with quieter hallways and often empty buildings revealing the occasional unexpected surprise.   Yet the event still maintains its breadth and depth in terms of the number of artists on view, and the range of voices and perspectives on view throughout the neighborhood’s number of studio spaces, warehouses, and artist-run gallery spaces.  At the Dress Shop Gallery space and studios, for instance, a small group show of resident artists Paul Bergeron, Emmanuel Limon, Theresa Friess, and more showcased a honed aesthetic sensibility, while underscoring the artist’s varied approaches to their material.  Several blocks north, the bustling hallways of 17-17 Troutman also featured a series of strong studios and works, including Chris Marshall’s challenging assemblages of automobile parts, natural material and found objects, and Jeremy Olson’s small-scale museum sculptures, which filled micro-scale institutions with video and print works. 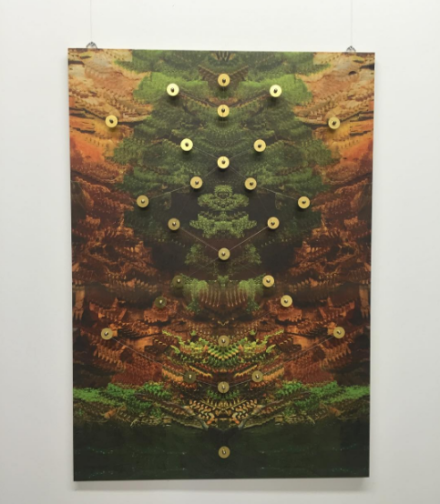 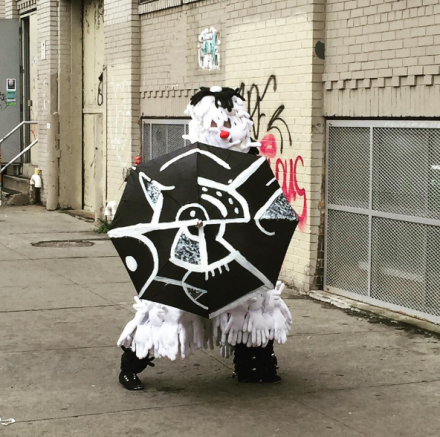 Yuko Uchida, Soak this Hand in water, plant this hand in soil, give it water and sunlight (2016) via Art Observed

On the other side of Flushing Avenue, another series of studios tucked away amid the industrial regions of North Brooklyn also welcomed the intrepid viewer.  A series of small studios tucked away along Johnson Ave featured a wide range of works, including a series of unique assemblage-based works in the studio of John Murray, and an intriguing show by artist Joseph Bochynski, which investigated processes of urban development and restoration through his “NYC Department of Archaeology.”  Displaying a series of fabricated mosaic pieces, the works played on the process of layering structures and institutions that placed divergent eras of the city’s history in conversation while remaining outside of a concrete timeline.  Nearby, artist Phillip Stearns was showing a series of textile works, stitched together fabrics created from rendered computer files, and created by textile producers in North Carolina and the Netherlands. 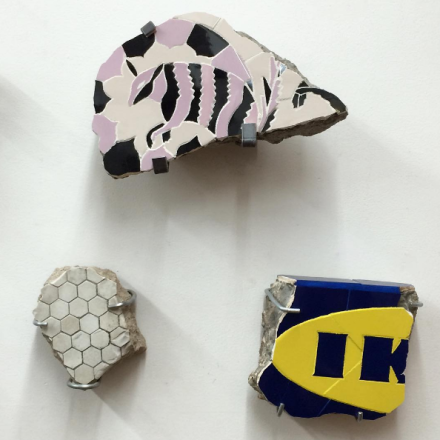 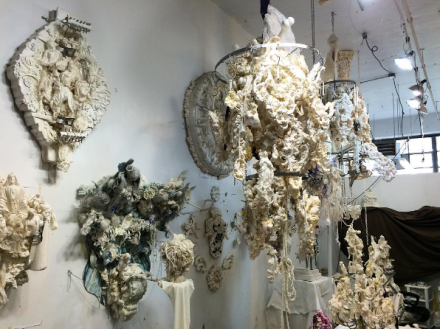 The energy at 56 Bogart, long a centerpiece of the proceedings for BOS, was considerably more notable, with large crowds ambling down the halls, and dipping into the many gallery spaces that have gradually taken over the ground floor of the building.  Momenta Art was showing a range of works focusing on various political situations globally, including sculpture by Fred Holland, while nearby, artist Juan-Miguel Palacios was showing a series of sculptures, including The Hunter, a chilling work featuring a sinister wolf peering out at viewers from behind a glass vitrine.  In another room, the Black and White Gallery Project was showing a series of minimal works drawing on information design and Ukiyo-e prints by Julian Montague.  The pieces, often stripped to a point of almost comical reduction, drew on their strong color palette and light conceptual twists to create a strong visual impact.  Outside, Yuko Uchida was performing one of her “parade” works, drawing on intersections of memory and the surreal to challenge passerby with her often confounding movements. 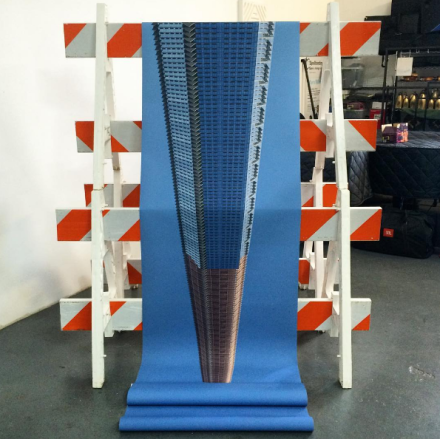 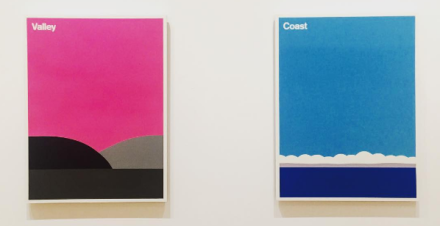 Drawing strength from a scaled-down focus, the new vision for Bushwick Open Studios seems to have strengthened its overall program, and shown how the neighborhood’s art scene continues to adapt in the face of ongoing gentrification and rising rents.  Considering the challenges artists have faced in the neighborhood in the past years, it would seem that this more privately-centered mode of operation promises a continued vitality for BOS, and perhaps the city’s artists at large. 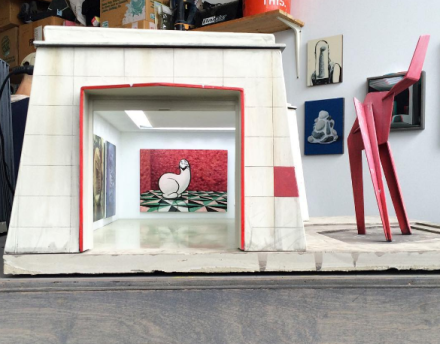 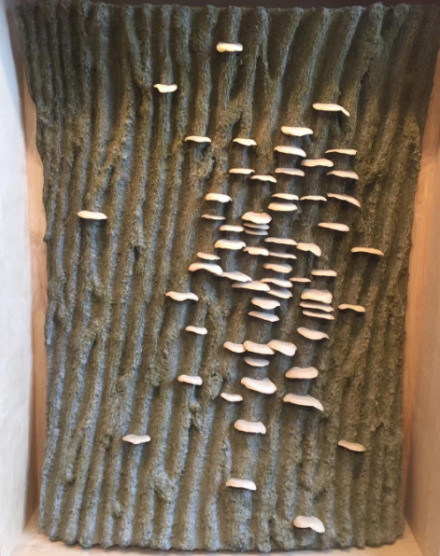 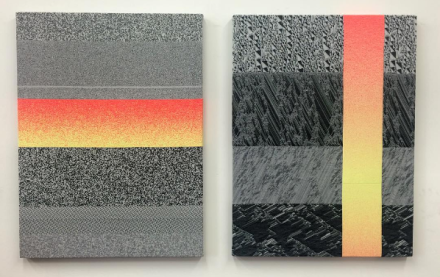 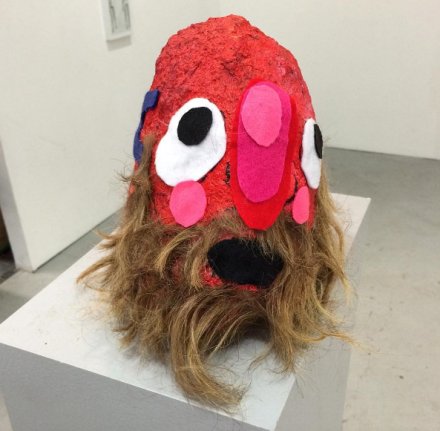 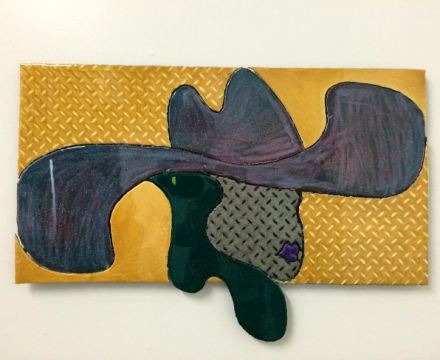 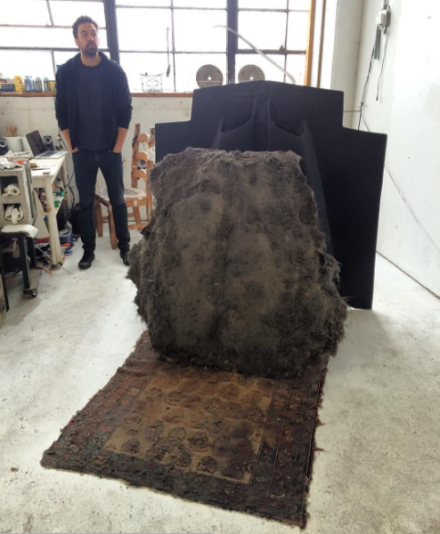 Chris Marshall in his studio, via Art Observed 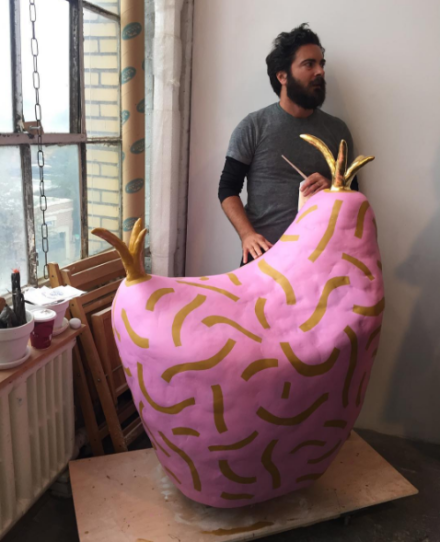 Artist Adam Frezza of duo CHIAOZZA with one of the duo’s works, via Art Observed 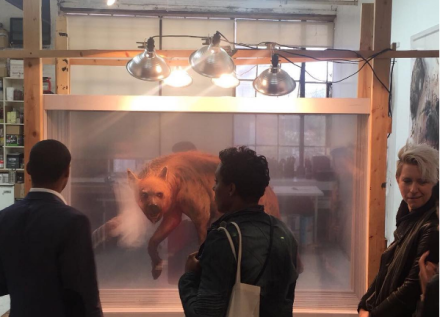 This entry was posted on Wednesday, October 5th, 2016 at 11:38 pm and is filed under Art News, Featured Post, Show. You can follow any responses to this entry through the RSS 2.0 feed. You can leave a response, or trackback from your own site.