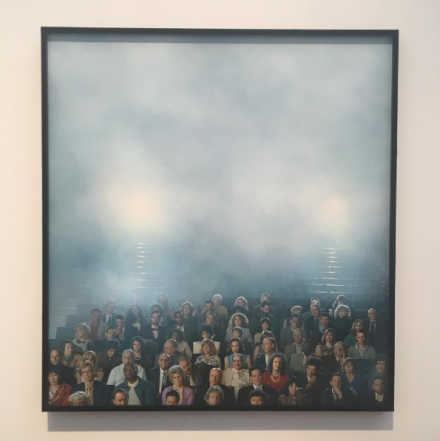 Photographer Alex Prager has returned to Lehmann Maupin’s New York exhibition space at 201 Chrystie Street this month for an exhibition of new photographic works, executed in conjunction with the production for Prager’s new film piece, La Grande Sortie.  Continuing the artist’s investigations between the lines of performer and viewer, production and reception, her new works dwell on the act of public performance, and the intersecting emotions of anxiety, desire and frustration as they play out in her tightly choreographed and constructed scenes. 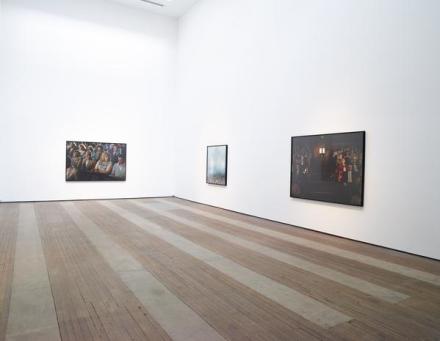 At the core of the show is La Grande Sortie, a filmic piece that centers on the return of a famed dancer to the stage of Paris’s Ópera Bastille.  The dancer, named Cozette, shows a distinct anxiety and self-consciousness over her return to the stage, and performs this same sense of awkwardness on the stage itself, each time executed to the accompaniment of a slovenly, seedy audience member, each of whom is played by a former Paris Opera Ballet dancer or a dance teacher, surging forth from their place in the audience to enact a physical and mental interplay with Cozette.  Playing on these concepts of spectatorship, social dynamics and time, Prager’s performers here enact a nuanced play of roles here, drawing on the dancer’s professional distance from each other, players who no longer share the stage, but whose knowledge of the craft makes them equally able to command a sense of real critical judgement of the dancer, while equally impeding her movement through their presence.  Cozette must contend quite literally with her viewers in a physical negotiation of space onstage, resulting in a clearly hindered execution of her craft. 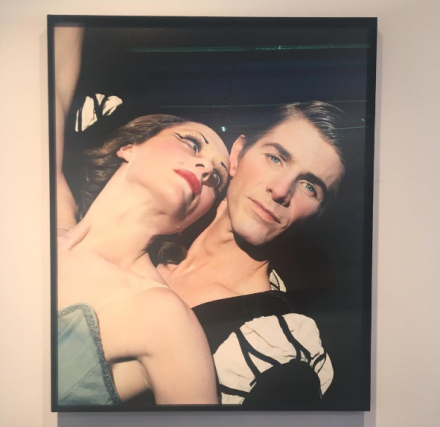 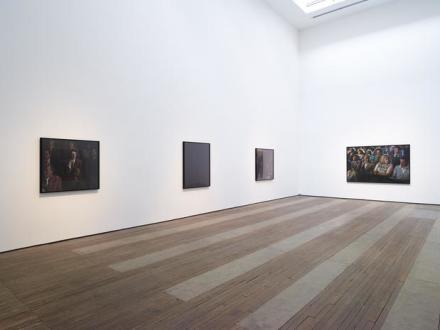 Accompanying the film are a series of Prager’s signature photographic works, studies of the audience in the seats of  the Ópera Bastille, underscoring the performative nature of her audience even as they sit at attention to watch the dance performance.  Each character, often playing on constructed archetypes, is posed in a distinctly casual pose, yet their gaze directly at the camera undermines a sense of realistic, believability. 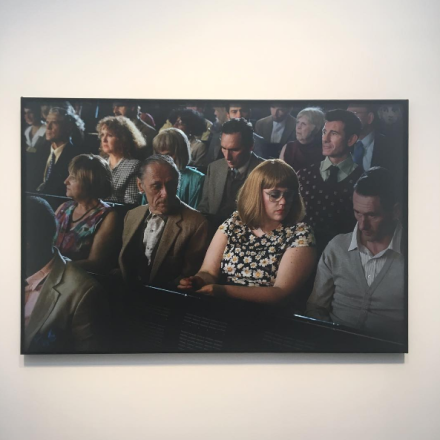 Prager takes this act of spectatorship, of the exchanges in gaze between viewer and viewed, and amplifies its surrealism through subtle manipulations of the image itself.  Despite their believability as a crowd, the group is often photographed against row after row of empty seats around them, as if deliberately placed to be a character study.  In another work, a strange masked figure hovers in the background of the work, disrupting the scene as it has been established for the viewer of the work.  Each time, this sense of the space between each actor and participant in the image itself, including the viewer in the gallery space, creates equal distance to examine the act of viewing itself.  Much like her film, where the gaze becomes a powerful agent in the performance of the dancer, Prager’s images explore the ability and agency an image takes in conversation with those looking at it. 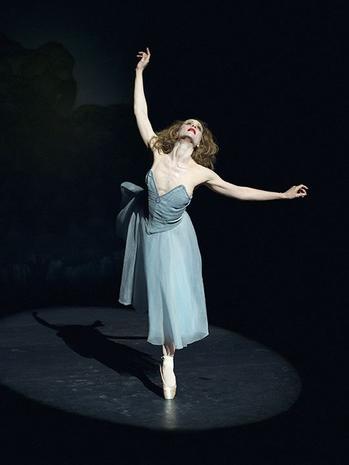 This entry was posted on Thursday, October 13th, 2016 at 2:47 pm and is filed under Art News, Featured Post, Show. You can follow any responses to this entry through the RSS 2.0 feed. You can leave a response, or trackback from your own site.